USEF Awards 2007 USEF Lifetime Achievement Award to Don Burt
An equestrian who made his name in the reining world will be wearing the Tiffany sterling silver cowboy hat this January at the annual Pegasus Awards Banquet, from the USEF. Read More >>

Laramie, Wyo., Horse, Rider Celebrate 1,000 Miles of Endurance Riding
It’s an unlikely story of a 25-year-old mare and her 62-year-old rider competing on the endurance ride circuit, from the Billings Gazette. Read More >>

Man Arrested for Killing Horse By Dragging Animal to Death
Ripley, Miss., man has been arrested on multiple charges after he allegedly dragged a horse behind his vehicle for nearly two miles, killing the animal, from My Fox Memphis. Read More >>

Owner May Keep Neglected Horse
One of eight neglected horses seized from a Clarke County, Va., farm in November will be returned to its owner, from The Winchester Star. Read More >>

Millions More Hectares Cleared of EI
More than eight million hectares of NSW, Australia, that were previously part of the high-risk zone for horse flu have now been declared low-risk, from Yahoo. Read More >>

Science Brushes with Phar Lap’s death
New tests have been carried out on a hair from Phar Lap’s mane in a bid to determine how the champion horse was poisoned with arsenic, from the Herald Sun. Read More >>

Metro Police Increase Bike, Horse Patrols
Shoppers and motorists downtown and around the malls in Kentucky may notice the presence of extra police officers on bicycles and horses this weekend and into next week, from The Courier-Journal. Read More >>

Tickets Now Available for Paralympics Opening/Closing Ceremonies
The Beijing Organizing Committee for the Games of the XXIX Olympiad (BOCOG) has started to receive applications from the domestic spectators for the tickets to the opening and closing ceremonies of the Beijing Paralympic Games, from the USEF. Read More >>

A Month to Winter Equestrian Festival and Stabling Almost Sold Out; Revised Prize List On Internet
With one month to go before the start of the newly expanded Winter Equestrian Festival (WEF) into the world’s largest and richest horse show, virtually all on-ground stabling has been sold out. Of 2,800 permanent and tent stalls at the Palm Beach International Equestrian Center (PBIEC), fewer than 150 stalls — 50 permanent and fewer than 100 tent stalls — were uncommitted as of Sunday, a month from the kickoff of WEF on Jan. 16. It runs through April 6, from the USEF. Read More >> 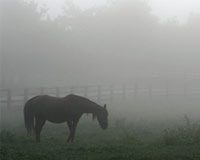