Concept of Dressage Qualification Standards Supported by USEF Board; Action Postponed Until 2009
On January 13, the final day of the USEF Annual Meeting, the Board of Directors considered rule change proposals for all breeds and disciplines. Included in this review was the much-discussed “performance standards” proposal from the Dressage Committee, which would establish a qualification process for competing at certain levels at USEF-Licensed Dressage Competitions, from the USEF. Read more >>

UM student helps corral horse after escape from trailer on I-95 in Maine
Maybe it just wanted a Happy Meal, from Bangor Daily News. Read more >> 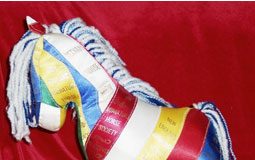