John Henry’s legend celebrated
As John Henry’s fans remembered him yesterday with unabashed emotion, it was almost as if the great racehorse were still alive and well at the Kentucky Horse Park, from the Lexington Herald-Leader. Read more >>

Dead Horse Odor Angers Neighbors
It was hard to see the rotting carcass at first, from TBO.com. Read more >>

Topless club lends hand to help horses
A horse rescue charity and a topless club join forces this weekend in an unusual pairing aimed at raising money to care for horses, from AZCentral.com. Read more >> 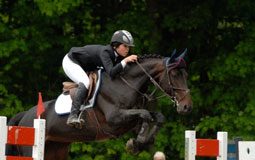