Officials stumped in horse deaths
A Texas City woman woke Thursday to find one of her horses shot and killed, almost one year after the same thing happened, from The Daily News. Read more >>

Rescue horses to get sniffer training
A rural British Columbia search-and-rescue group is banking on a Minnesota man to teach their horses to become trained “sniffers” like dogs, from UPI. Read more >>

Hong Kong – Who’s Who; Facts and Figures; Dates and Deadlines
The successful Heat and Humidity Workshop recently staged in Lausanne put the challenges facing horses and riders at this summer’s Olympic Games in Hong Kong into ever-sharper focus and provided a wealth of information for veterinary officials and others involved in the world of equestrian sport, from the USEF. Read more >> 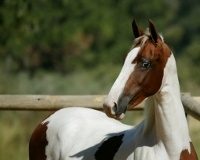