Pleas For Sick Horse Blocked By MySpace
An elderly, arthritic mare in Massachusetts has become the subject of a virtual tug-of-war between the social networking site MySpace.com and a supporter of the horse, from KPTV. Read more >>

Jumper Classic. | Kraut, Anthem forgo caution in winning dash
Laura Kraut said she “didn’t know what came over me — maybe it was the money,” from The Charlotte Observer. Read more >>

USEA Eventing Standards Task Force Proposes Rule Change Mandating Frangible Pins
On Monday, this week the United States Eventing Association’s Eventing Standards Task Force met for the second time and quickly got down to the business of developing solid, workable proposals for changes in course design and speeds with the ultimate goal of improving safety in the sport of eventing, from the USEA. Read more >>

Horse takes off with carriage
What started out as a calm carriage ride downtown for four adults turned ugly Saturday night when the horse pulling the carriage tossed its driver and took off, from The Enquirer. Read more >>

Utah wild horse and burro facilities to showcase new foals, April 19
The Bureau of Land Management will host adoptions at the Salt Lake Wild Horse & Burro Center and Delta Wild Horse & Burro Facility, both in Utah, on April 19, from The Spectrum. Read more >>

Horse competition helps Special Olympians shine
A group of smiling, excited horse riders took to the ring at the Bud Adams Arena at the St. Lucie County Fairgrounds in Florida on Saturday, from TCPalm. Read more >>

Giddy up for westerns by women
The West may have been won by men, but women played a vital role in the settlement of the frontier and the lives of the men they loved, from the Bradenton Herald. Read more >>

Saddling up journal of a different color
It was out of frustration that Sarah Blanchard started the publication Malama Lio, The Hawaii Horse Journal, from the Star Bulletin. Read more >> 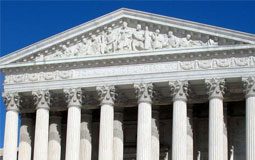