Austrian event rider dies in cross-country fall
A 62-year-old Austrian rider, Franz Graf, has died at a national event at Aspang, near Vienna, Austria, from Horse and Hound. Read more >>

Hotel’s demise won’t affect games, Horse Park chief says
The proposed hotel deal at the Kentucky Horse Park is officially dead, but it shouldn’t have an effect on the 2010 Alltech FEI World Equestrian Games, from the Lexington Herald-Leader. Read more >>

Horsepower for Horses sets third charity ride
A charity ride to save abused horses that began with a group of Westerville bikers has begun to captivate the rest of central Ohio, from ThisWeek. Read more >>

At Modesto Junior College, lessons in horse sense
Whether it’s a career in horse racing, breeding, nutrition or veterinary medicine, jobs for equine experts are in hot demand in California, from The Modesto Bee. Read more >>

Movie Review: Documentary brings back energy of horse racing
Today, the Kentucky Derby, along with the entire sport of horse racing, tends to be sidelined in the world of American sports, from The Daily Texan. Read more >>

State horse park set to be off and running
When it’s built, the Washington State Horse Park will be this state’s premier facility for equestrians of all persuasions — from Western riding competitors to those whose interests run to English-style events, from the Daily Record. Read more >>

Adopt a wild horse
Yearn to rein in a wild horse or burro? from The Saginaw News. Read more >>

‘Art of the Horse’ back in DeLand, Fla.
The Museum of Florida Art’s sequel to its popular “Art of the Horse” series of annual exhibits continues with “Equus IV,” and a corral full of activities and images, from News-JournalOnline. Read more >> 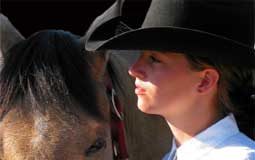