Zara Phillips to miss the Olympics due to injury to Toytown
The British eventing team has suffered a massive blow today with the news that Toytown (pictured) has been injured in training, so he and Zara Phillips will miss this summer’s Olympics in Hong Kong, from Horse and Hound. Read more >>

USRider Urges Horse Owners to Maximize Fuel Economy
The use of heavy-duty vehicles to transport horses consumes more energy than most passenger cars. However, horse owners can take several steps to maximize their fuel economy, from the USEF. Read more >> 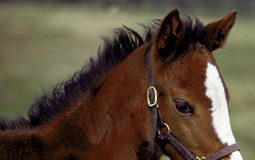