Riders seek funding for costly sport
An aura of wealth surrounds Olympic equestrian sports, but the impression that riders can buy their way onto an Olympic podium is far from the reality, from NBC.  Read more >>

Criminal past haunts Brewster horse family
The shining Olympic gold medal McLain Ward won as a member of the United States’ equestrian show-jumping team is the pinnacle for any rider, from LoHud.com.  Read more >>

St. Louis-area horses stricken with fever
An unusually high number of horses in the St. Louis area have come down with a potentially fatal disease, a University of Missouri veterinarian said Monday, from the News-Leader.  Read more >>

Aerial Kaimanawa cull condemned by group
The Kaimanawa Wild Horse Welfare Trust Inc is appalled that the Department of Conservation have shot 42 Wild Kaimanawa Horses from the Northern Region of the Kaimanawa Ranges in New Zealand, from HorseTalk.  Read more >>

Horse euthanasia discussed at forum
A veterinarian talked about the controversy surrounding the issue, from the Missourian.  Read more >>

Tornado rakes Wellington equine center
If Onyx, an eight year old mare could speak, what a harrowing tale of survival she could tell, from WPTV.  Read more >>

Obese horse numbers ‘increasing’
The number of obese horses in the UK has risen significantly, according to equine charity World Horse Welfare, from the BBC.  Read more >> 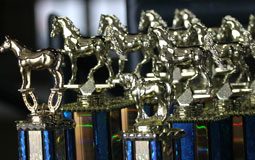