Patience is a Virtue
Sixteen years and four Paralympic editions later, Anne Dunham from Great Britain can finally claim the individual Olympic gold all to herself, from the FEI.  Read more >>

Show jumping professionals dispute survey’s claims
A study by a Newcastle University scientist that established a correlation between the way a show jumper tucked up its front legs and the price paid at point of sale has been disputed by equestrian experts who say professionals are not influenced by flashy jumping styles, from Horse and Hound.  Read more >>

A long horse tale may land in court
Two horses kept in a North Ward, N.J., backyard may be sparking an international incident, from NJ.com.  Read more >>

Riding For Reading Sets New Record at Los Angeles Event
“Libraries are built over time, and we can always use all the help we can get for our libraries,” from the USEF.  Read more >> 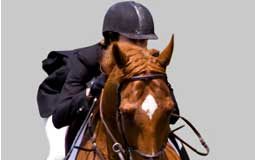