In mid August, the 7th U.S. Circuit Court of Appeals heard arguments about the constitutionality of an Illinois law that bans horse slaughter in the state for human consumption. If it stands, the law would close the last remaining U.S. horse slaughterhouse, Cavel International in DeKalb, Ill.

Owners of Cavel International filed the appeal after U.S. District Judge Frederick Kapala ruled July 5 that the Belgium-based business did not prove the new law was unconstitutional. Although Cavel had been closed for a short period after that ruling, the plant has been allowed to operate while the appeal is being considered.

Cavel attorney J. Philip Calabrese has argued that the ban, which was signed into law May 24, violates foreign commerce laws. Cavel exports horse meat produced at the DeKalb plant to Europe and Japan.

Cavel accounts for less than 1 percent of all horse meat sales abroad, and therefore the plant’s impact on commerce is minimal.
“How can the law burden foreign trade except in a negligible way?” U.S. appellate Judge Ilana Rovner asked.

Rovner asked if the Cavel plant could be converted into a cattle slaughterhouse, as was done with a horse-slaughtering facility in Texas, but Calabrese said the DeKalb operation could not be retrofitted for any use other than processing horses.

If the court allows the Illinois law to stand, Cavel International’s legal strategies for remaining open in that state will be exhausted. 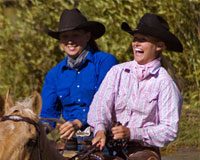 Chance to Learn the Cowgirl Way