On Feb. 7, the Lyon County Commissioners in Nevada unanimously approved an ordinance that bans the practice of horse tripping in that county. The vote falls on the heels of an ongoing attempt to ban horse tripping in Phoenix, Ariz. Phoenix councilwoman Thelda Williams presented an ordinance banning the sport to the Phoenix City Council last month.

Horse tripping, which many animal rights activists are actively campaigning against, is a common site at some charreados or Mexican rodeos. The sport involves competitors chasing a horse and roping it by its legs. The goal of the event is to crash the horse to the ground. Horses are commonly injured, suffering broken legs and broken necks, and many must be euthanized as a result.

Horse-tripping has been banned in only a handful of states: California, Maine, New Mexico and Texas. 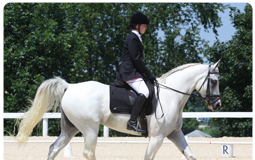