The U.S. House has voted–yet again–to stop spending money on inspections of horse slaughter plants. The measure, approved late Thursday, was part of a $91 billion spending bill for farm subsidies and nutrition programs.

Only one horse slaughter plant remains open in the United States: Cavel International in DeKalb, Ill. The plant has been fighting a legal battle to stay open and has appealed earlier court decisions forcing its closure. In the latest round of legal maneuvering, the courts have ruled that Cavel can remain open while it fights its most recent appeal.

Two other horse slaughter plants, both in Texas, shut down earlier this year after exhausting all court appeals to remain open.

Congress voted two years ago to strip money from the Agriculture Department budget for horse slaughter inspections, and that bill was signed by the president. But the USDA then offered inspections on a fee-for-service basis, allowing the horse slaughter plants to continue to operate.

Cavel ships horsemeat overseas for human consumption, but without USDA inspections it won’t be able to continue business in this market. It is unknown yet whether the USDA will offer inspections on fee basis as it has done in the past. 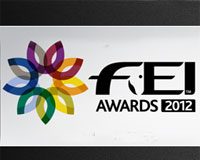 Nominations now being accepted for the 2012 FEI Awards