All competition will be held in either the Grand Prix Stadium or the Main Hunter Stadium at the Saugerties equestrian facility. In addition to 23 various awards and countless ribbons, $50,000 in prize money is waiting to be awarded.
“The footing is in excellent condition and everyone is looking forward to a great event,” says trainer Don Stewart, who has 11 horses competing in the finals.

“The junior hunter finals are different, so they are fun,” says trainer Susie Schoellkopf. “It takes a  lot for a rider to get to the finals. With more than $50,000 in prize money at stake, its great incentive for the kids to work hard and do well.” 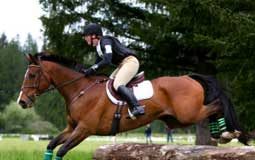