With the annual Kentucky Derby running this weekend, many are celebrating what is often called “the most exciting two minutes in sports.” Here are a few timeless traditions associated with the event:

• BIG HATS: Ladies’ hats can be fancy or fanciful. In fact, the Derby Museum has on exhibit a hat made out of coffee cans arranged to look like a horse’s head. Gentlemen prefer a simpler straw boater hat, which can include accessories like tiny horses and roses, the Derby’s official flower.

• RED ROSES: The race earned the nickname “Run for the Roses” in 1925 because of the roses that have been draped over the winning horse since 1896. Today the official garland of 554 blooms is hand-made at a local grocery store the afternoon before the race

• A-LIST NAMES: The presence of the rich and famous became a Derby Tradition when Matt Winn began inviting celebrities like Lana Turner and Babe Ruth to watch from the grandstand. The box seats they occupied became known as “Millionaire’s Row.” By 1925, fans could follow the contest live on the radio, and movie audiences could watch news reel replays. In 1949, a local television station first broadcast the Derby in Louisville, and three years later it was televised nationally

• THOROUGHBRED STARS: In 1913, a horse named Donerail became the longest shot ever to win the race, having odds of 91.45 to 1. The next year, Old Rosebud set a Derby record of two minutes and three seconds, and in 1915 a celebrated filly named Regret became the first of only three females to win the Derby.

• HISTORY:  Col. Meriwether Lewis Clark, grandson of explorer William Clark of Lewis and Clark fame, founded the track that would become known as Churchill Downs in 1884. Churchill Downs was plagued by financial troubles for its first three decades until a group of investors led by Louisville businessman Matt Winn took over the operation in 1902 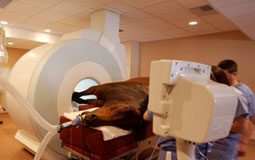