The Kentucky Horse Racing Authority (KHRA), an independent agency of the state government charged with regulating the conduct of horse racing activities in Kentucky, has issued a statement on the tragic loss of Eight Belles during the 134th running of the Kentucky Derby on May 3.

While the statement maintains that the KHRA diligently investigates all track injuries in Kentucky, the agency went a step further to address general criticisms often directed at the racing industry.

In the statement the KHRA reports that it will investigate the fatal injury of Eight Belles and will “use this information to study and recommend improvements related to the safety of racing.”

The statement also maintains that the People for the Ethical Treatment of Animals (PETA) sent the KHRA a letter requesting that certain actions be taken. “One statement indicated Thoroughbreds should not be trained or raced before their third birthday.  The KHRA has no scientific evidence to support the need to make this change.”

The statement continues, “According to Dr. Larry Bramlage, the on-call veterinarian for the American Association of Equine Practitioners (AAEP), ‘as soon as Thoroughbreds are physically mature, they should start effective training.  It is most desirable not to let the bone formation apparatus atrophy after growth and then require it to be re-created. The most effective training takes advantage of the blood supply and cell population that contributed to growth, and convert it to forming bone in response to training.  Scientific evidence shows such horses have longer careers and are more successful.’”

Suggestions have been made to reduce the number of races per season, and the KHRA addressed the issue in the statement, maintaining that it “has no scientific evidence to support this view.”

Criticism regarding horse whipping during races has been directed at the industry. The KHRA responded in the statement: “With regards to the whipping of horses, a whip is a tool used by jockeys to direct and control the horse during the course of a race. This tool provides safety for all participants in the race, including other horses and riders, by reducing contact with other horses as well as the rail.

Abuse of the use of a whip is a violation of Kentucky racing regulations and is unacceptable to the KHRA and state racing stewards. As a matter of fact, Kentucky racing stewards have taken disciplinary action against jockeys who have abused the use of a whip during a race. Kentucky stewards are required to review the videotape of a race before it can be declared official. Kentucky stewards reviewed videotapes of the Derby and saw no evidence of a violation of any racing regulation by Mr. Gabriel Saez during the course of the race.” 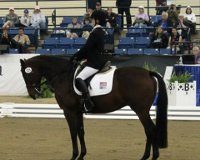