While most of our horses travel simply in trailers, some of the more privileged equines hobnob around the country in motorcoaches. They’re sort of a cross between a traditional horse trailer and an RV. And now The United States Equestrian Federation (USEF) has announced a new partnership with Equine Motorcoach, the company that’s forged ahead with developing the most modernized version of the luxury horse trailer. Equine Motorcoach is now “The Official Horse Transport Vehicle of the USEF.”  As part of the partnership, Equine Motorcoach is the presenting sponsor of the 2007 Rolex/USEF National Show Jumping Championship CSI***, the 2008 Adequan®/USEF Open Reining National Championship and the 2008 Rolex/USEF National Show Jumping Championship CSI***.

“There is no other vehicle available that offers the innovation of an Equine Motorcoach,” said USEF’s Chief Operating Officer John Long.  “Equine Motorcoach will have a significant impact on the lives of equestrians by making it more comfortable and convenient to travel to horse shows.  In addition, every time a USEF member purchases an Equine Motorcoach, a portion of the sale helps to financially support USEF programs.”

To learn more about Equine Motorcoach, visit their website at www.equinemotorcoach.com. 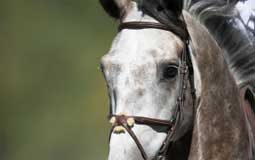