The National High School Finals Rodeo (NHSFR) is an annual event with more than 1,600 contestants from the United States, Canada and Australia. Competitors vie for national titles, awards and scholarships. The NHSFR is the “World’s Largest Rodeo” and takes place this year July 23 – 29 at the Illinois State Fair Grounds in Springfield. Once again, Ariat International Inc., is offering young champions the opportunity to be in its national advertising campaign. Ariat will honor the winning athletes from this year’s championship by featuring the All-Around and Event National and Reserve Champions who compete wearing Ariat boots and belts.

“Ariat is proud of our exceptional relationship with the NHSRA and the thousands of high school age competitors,” says Beth Cross, Ariat’s founder and chief executive officer.

In addition to celebrating the champions through its national advertising campaign, Ariat provides scholarships and awards for the boys’ and girls’ NHSFR All-Around Reserve and National Champions. Ariat is also the National Queen sponsor and awards a pair of Ariat High Performance Boots to each state/provincial queen and each state/provincial boys’ and girls’ All Around Champions. 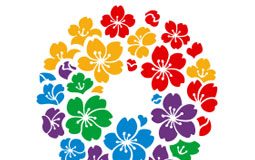