Carole, Stevie and Lisa – the girls who formed the Saddle Club at Pine Hollow Stables – and their favorite horses will be back with 26 new half-hour adventures on public television stations across America this fall through CPTV (Connecticut Public Broadcasting Inc.) and APT Exchange (American Public Television.)

The popular series about girls and horses is based on the best-selling books by Bonnie Bryant.  In Series 2: The Girls Are Growing Up, the girls face some of the typical problems of adolescence, but are still bound to each other by their love for horses and friendship.

Every action-filled episode of The Saddle Club on public television stations is followed by an entertaining and educational feature: The Saddle Club Video Journal. These short, fun segments include: music videos, behind-the-scenes footage with the actors and star horses, and special features produced in association with equestrian and girls’ organizations in the United States and Canada. Each includes real kids as on-camera reporters and riding stars.

“We are thrilled The Saddle Club series has found a home on public television stations across America,” says Steve Levitan, president and CEO of Protocol Entertainment, Inc. “The series continues to inspire kids who ride and those who want to learn about horses. It’s also a huge favorite with kids because it deals with friendship and real-life situations.” 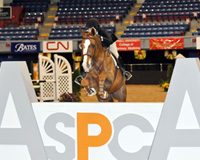