During the last day of equestrian competition at the 2007 Pan American Games in Rio de Janeiro, show jumping took center stage. While the American show jumping team comprised of Lauren Hough, Cara Raether, Laura Chapot and Todd Minikus made a strong showing by taking the bronze medal for their efforts during the team competition on Friday, it was the home country’s day in the sun. The Brazilian team, which included Olympian Rodrigo Pessoa, took gold, while Canada scooped silver.
Team USA didn’t fare as well during the individual competitions, but the Sunday final was thrilling nonetheless.

Brazil’s Rodrigo Pessoa, who rode Rufus, aced the course and then hoped his opponents would commit mistakes. His strongest competition came from Canadians Ian Millar and Jill Henselwood, but the Brazilian fans made it difficult for the northern competitors.
Ian Millar, who rode In Style, committed a foul and then lost another point for not completing the course within the time limit. Due to his mistakes, Millar fell to the fourth position, losing the bronze that was won by his country fellowman Eric Lamaze aboard Hickstead.

That left Henselwood riding Special Ed. Even with all the Brazilian cheering, she rode a perfect round and won the gold she deserved. While he didn’t capture the big prize, Pessoa did walk away with silver. 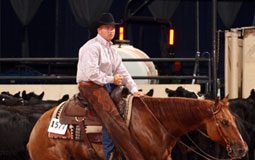