Home Horse News Fires Continue in Southern California
Southern California fires continue to spread, leaving more than 300,000 acres burned as of Tuesday morning and forcing tens of thousands to evacuate, including the region’s horses. Most of the area’s large animal shelters have filled to capacity, leaving several area businesses and private residences to help house the overflow. While some horses are receiving shelter in backyards thanks to benevolent neighbors from nearby towns, others are being housed in shopping mall parking lots, courtesy of businesses such as The Home Depot and the Westfield Parkway Mall in East County San Diego.

About 2,500 horses and hundreds more dogs, cats, birds and other small animals have found shelter at the Del Mar Fairgrounds in Del Mar, Calif., says Kina Paegert, representative for the fairgrounds.

Paegert says that the small animals seem to have plenty of supplies, but they are in dire need of supplies for the horses, including hay, large five-gallon jugs of water, halters and leads.

The situation is much more controlled than the wildfires of 2003, also known as the Cedar Fires, because horse owners were prepared early for evacuations and took precautions. “In 2003, we had people with lost horses and horses with lost owners,” she says. “This time all of the owners seem to be here with their animals.”

But hay and water are in short supply for the couple thousand displaced horses.

Del Mar Fairgrounds is at capacity and hasn’t accepted any more people or animals since yesterday. Paegert says they’ve sent some horses to the HITS Desert Horse Park in Thermal, Calif., just east of Palm Springs. However, Donna Vale, a representative for the Thermal horse park, says that no equine evacuees have arrived at Thermal.

“We have had enquiries, but will have to wait and see if they actually come our way,” Vale says.  “We have 1000 permanent stalls on the grounds and supplies readily available.”

As many places quickly reach capacity, the importance of early evacuation is still stressed. “A lot of the horses are way back in (the canyons) and if you wait until the last minute, you won’t get them out,” says Nicole Rivera, a trainer at Serrano Creek Ranch in Lake Forrest, who has been working to help transfer evacuated horses from overcrowded facilities.

About 10 – 12 horses were transfered to Serrano, with more on the way. “The nice thing about horse people is, everyone just jumps in and helps,” Rivera says.

While all of Southern California is affected by these wildfires, San Diego County is the hardest hit, with well over 200,000 acres burning and almost 0 percent containment (the Harris fire, which is burning in Southeast San Diego, has burned over 70,000 acres and is 5 percent contained as of Tuesday morning).

If you have a stable or other area that can house a number of large animals, the San Diego Humane Society is asking you to call (619) 299-7012. The Humane Society is also in need of portable livestock panels for temporary corrals. If you have these available for use, please call the number above.

According to the San Diego Humane Society, they are keeping a list of names of people interested in helping.  If you would like to put your name on the list or help with a cash donation, you can contact them at (619) 299-7012 or visit online at www.sdhumane.org.
For updates on the Southern California fires, visit /redirect.php?location=http%3a%2f%2fwww.nifc.gov%2f.

Update:
Yesterday we reported, “The fire overtook the Golden Eagle Farm, a large ranch situated in East County San Diego, before stable hands could begin an evacuation, according to the NBC television station 7/39.” Golden Eagle Farm is happy to report that the personnel, the horses and the farm have not suffered any injury or damage during these wildfires. The brushfire burned directly up to the farm and passed on by. 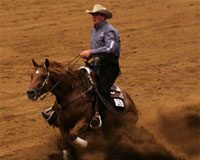