A study recently completed by researchers working with the Animal Law Coalition (ALC) examined trends in horse slaughter in the U.S., Mexico, Canada and other countries. It revealed that the number of horses slaughtered has been driven by market demand for horse meat overseas. The study relied on data available from the U.S. Department of Agriculture, the Canadian Food Inspection Agency, the Bureau of Labor Statistics and other government and private sources from 1989 to 2008.

These findings contradict the slaughter industry’s claims that slaughter controls the numbers of unwanted horses and cuts down on equine abuse.

The ALC study concluded, “Slaughter … is useless as a tool for controlling the unwanted horse population and instead simply creates a … market that competes with potential buyers of … horses and encourages a continuous supply.”

“The trends are irrefutable,” he says. “We found that equine abuse levels are clearly linked to economic conditions but that slaughter trends were antithetical to them for most of the study period. We now see that what drives horse slaughter is the market for horse meat in Europe and Asia. American horses are killed for their meat and not because they are unwanted or abandoned. The demand for horse meat creates a market where horse slaughter ‘kill buyers’ compete with other people who want to buy horses. This encourages owners to supply that market through over-breeding horses, for example.”

While pro-slaughter groups continue their lobbying efforts, anti-slaughter organizations are working to ensure no horses go unwanted in this country. The Animal Welfare Institute (AWI) and the National Black Farmers Association (NBFA) have joined forces and launched a national campaign called “Project Wanted Horse,” which aims to find homes for any American horse in need.

“One of the horse slaughter industry’s main arguments is that horses are unwanted and have no homes to go to. Today, we’re standing up and standing together to demonstrate that this is simply untrue,” says Chris Heyde, deputy director of government and legal affairs for the Animal Welfare Institute. “The coming together of our national organizations sends a significant message that these horses are valued and wanted. In making this announcement, we call on others, like the American Veterinary Medical Association, American Association of Equine Practitioners and National Farm Bureau, to join our cause to end this barbaric, unthinkable and inhumane practice. It is time to take action and stop the cruelty and stop the political spin.”

The “Project Wanted Horse” campaign comes at a time when Congress is still considering the American Horse Slaughter Prevention Act (S. 311/ H.R. 503), which will make it illegal to transport horses for the purpose of slaughter if it passes. The United States no longer slaughters horses, but American horses are being transported to Canada and Mexico for slaughter. The American Horse Slaughter Prevention Act would make such practices illegal. 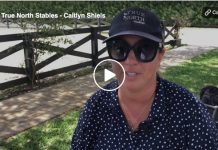 Virtual Horse Training and Clinics Spring Up During COVID-19 Pandemic

0FansLike
76SubscribersSubscribe
Copyright © 2020 EG Media Investments LLC. All rights reserved.
We use cookies to help personalize content, tailor and measure ads, and provide a safer experience. By navigating the site, you agree to the use of cookies to collect information. Read our Cookie Policy.