On June 16, the Supreme Court declined an appeal that could have allowed DeKalb, Ill., horse slaughtering plant Cavel International Inc. to reopen for business. Cavel’s owners were challenging an Illinois law that prohibits the killing of horses for human consumption.

This is not the first time Cavel has lost an appeal. The facility was ordered to close last year after a federal appellate court upheld the Illinois ban. This time around the company was urging the Supreme Court justices to step in to allow the facility to reopen. The high court did not comment on its order Monday. 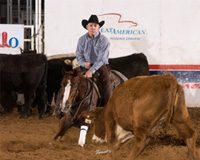