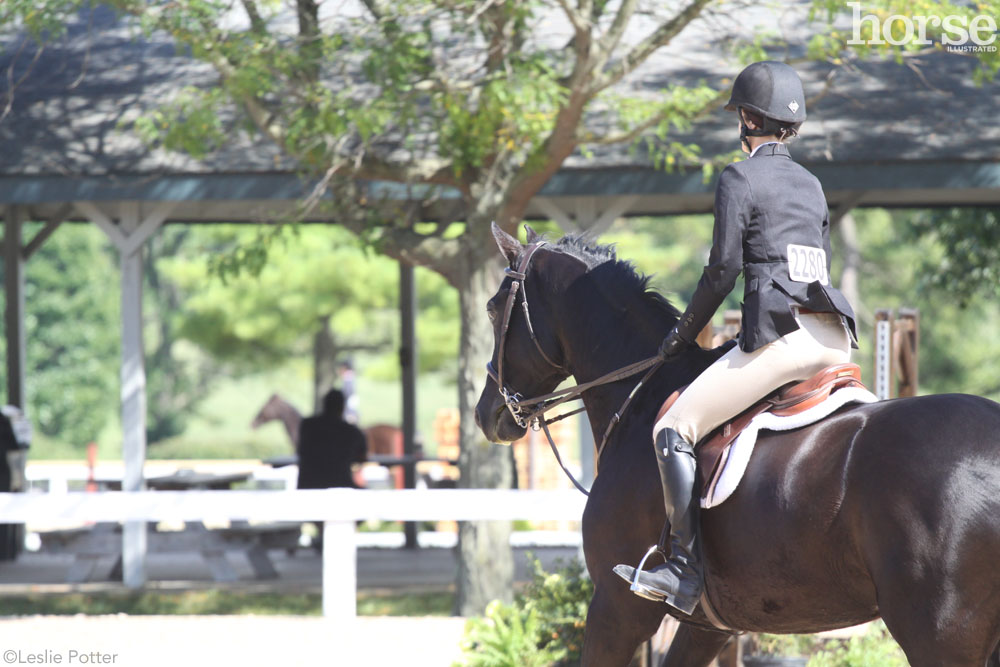 The quintessential equestrian physique is easy to spot: athletic, long-legged and lean. But not all equestrians fit that body type, and those that don’t are likely to hear about it on the sidelines – and maybe in the show ring, too.

According to trainer Clarissa Cupolo, riders who are on the heavier-set side are most likely to experience what she calls Horse Show Body Shaming when they compete in pleasure classes at local horse shows.

“It’s not so much that a larger person cannot compete, it’s hearing the comments from the other riders and from the audience saying that larger riders shouldn’t even be there,” Cupolo says. “It comes from the sidelines and it’s discouraging.”

Cupolo defines a plus-sized rider as one who along with a heftier weight is likely to have shorter legs and a heavier torso and upper body. Some of those riders are young people, others are women who come to the sport later in life, or after a long layoff. In any case, these riders usually truly believe size matters mostly because of the challenges it presents in training and in the show ring.

“In general, they just have to work harder,” Cupolo says.

“There’s no question that a leaner person has an easier time because they tend to have longer legs and and tend to be lighter on top,” Lamping says.” The larger women are heavier on top so they have to work harder on their posture and balance, and they cannot roll their thighs enough in order to sit deep on the horse.”

Even so, Dr. Naomi Betesh, OD, physical medicine and pain management specialist who is also an equestrian, believes that when it comes to effective performance, size never matters – at least when it comes to strength.
“It’s shouldn’t even be an issue because you can be a smaller size or a larger size and still have a weak core,” Betesh says. “The question is about how strong you are, not how much you weigh.”

Even if they are at least as fit, or even more physically fit than their slimmer counterparts, larger-sized riders must not only shake off disparaging comments they may hear from the sideline, but also challenge the stereotypes some judges maintain.

“Some judges don’t even see larger size riders, just because they don’t have that typical equestrian build,” Cupolo says. “As a result, some heavier riders just don’t show, even if they want to.”

But Lamping believes that size-related reactions vary from judge-to-judge. And though she admits that some make offhand comments that they should not, most horse show judges are fair, awarding ribbons based on skill, not the rider size.

“Size should never prevent a rider from showing her horse because when you’re judging you should look at the whole [picture],” Lamping says. “For example, you can have a person who looks like the typical equestrian, but cannot show her horse, and then have a heavier person who is well-matched with the horse and who can show that horse better.”

Lamping also believes that larger-sized riders can give themselves an advantage by making sure they not only are self-confident, but that they also look that way to the judges.

“Riders who are confident tend to show better,” says Lamping. “So especially heavier riders should be confident whenever they enter the show ring.”

In part that means making sure that the horse and rider are both up to whatever task the class demands.
“Be honest with yourself and make sure you have the ability to do whatever you ave to do in that class,” Lamping says. “Too many riders – no matter what their size – think they are more capable than they really are.”

“Riders who look good tend to feel good and when everything else in in place, they also tend to show better,” Lamping says. “So make sure your clothes are appropriate; that your breeches and your coat fit and that you look pulled together because it makes a difference.”

“It’s all about presence,” Murray says. “If a rider feels self-conscious, it defeats the whole purpose and takes all the joy out of riding.”

He also advises riders of all sizes and ages to keep even the most disparaging comments in perspective.
“Remember, it’s not about you in the first place,” Murray advises. “People who are negative have issues of their own.”

Finally, Cupolo has her own theory about taking body shaming off the horse show circuit.

What is the 4-D Barrel Racing Format?