Home Horse Riding and Training Breaking from the Lope 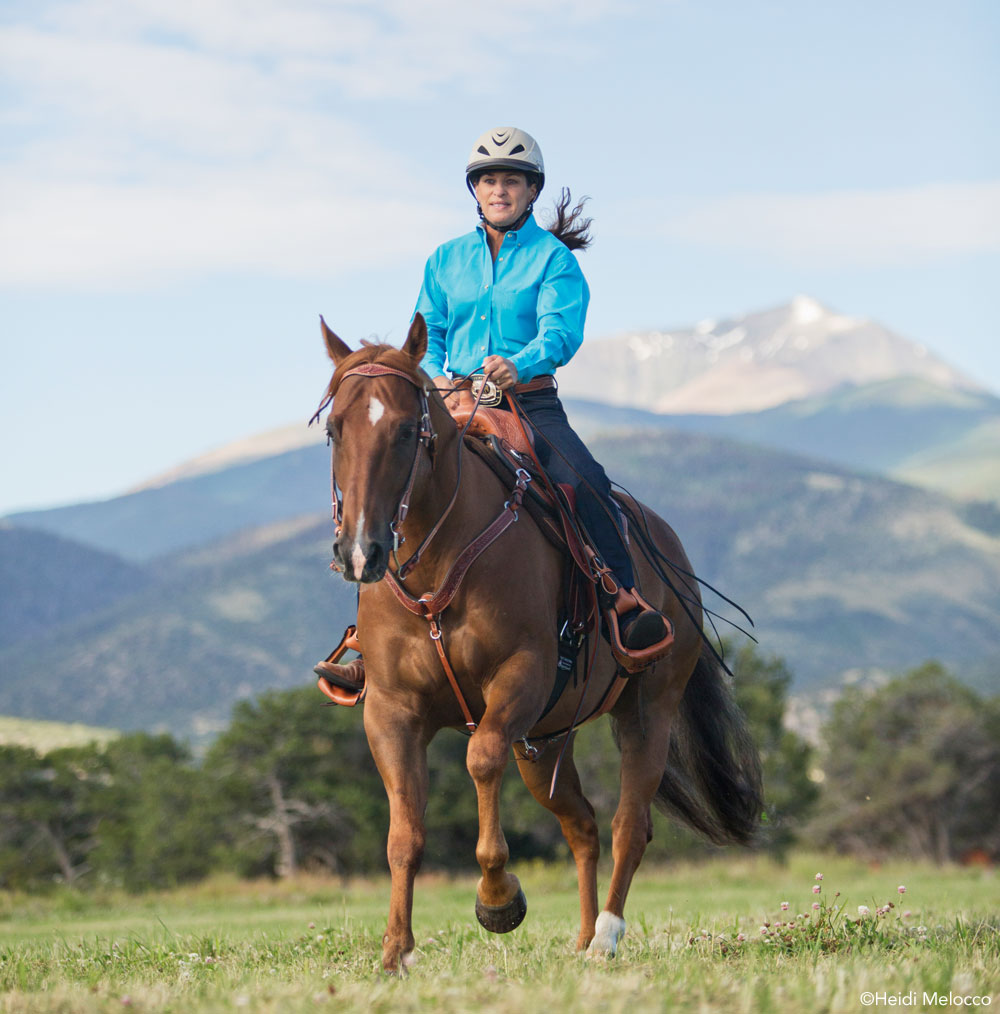 Q: My horse consistently breaks gait from a lope to a jog on the right lead. What may be causing this?


A: This is an interesting question, and I wish I had a few more details. If the horse only breaks gait on the right lead and not on the left lead, that makes me suspicious that there may be a physical problem. If a horse breaks gait on both leads, that makes me think that he is lazy and disobedient. However, an obedience issue doesn’t usually happen only on one lead.


If you’re cantering and the horse breaks down to the trot, it’s usually an obedience issue. The horse should not be allowed to choose the speed and direction; that’s the rider’s job. Many riders just re-cue for the canter and don’t admonish the horse when he breaks gait. So the horse doesn’t know it wasn’t right, he just thinks that if he slows down, he’ll get a break then canter again. You have to break that cycle by adding an admonishment to let him know that breaking gait was unacceptable.


Since the problem is only on the right lead in this case, there may be a physical component. It is a little unusual for a horse that’s in pain to pick up the lead OK and just not maintain it. But, the horse may feel some pain on a leg that is used more heavily when traveling that direction, or may lack conditioning and coordination on that side.


I wonder if this horse has an old injury. After an accident, there could be a coordination or conditioning issue affecting one side for some time. I’d want to see the horse’s movement in the pasture: will he move on both leads without a rider present? That can tell you what the horse’s preferred lead is, and if he does pick up the right lead, it would be interesting to see if he keeps the right lead on his own.


This could also be a training issue. Team-roping horses always come out of the box on the left lead because they will eventually turn to the left. Racehorses may only pick up the left lead, since they race to the left in the U.S. I find that many horses also prefer the left lead naturally. So if a horse is trained that the right lead is wrong, or if a horse has never been trained to pick up a specific lead, he may just pick the lead he wants. Horses that were trained for the trail often aren’t taught to pick up specific leads—they just canter on their favorite lead. If the horse has never been conditioned to work on the right lead, it may take some effort to help the horse develop strength and balance in that gait.


All things considered, this could be either a physical or training issue. You have to rule out pain first. Have the horse evaluated by an equine chiropractor who is also a veterinarian. I have seen horses that have a rib out or spinal misalignment not want to canter or just seem “off.”


If the horse doesn’t appear lame on one leg, but isn’t moving how he should, a few treatments may help. Starting with this step would rule out the pain. If it still happens after chiropractic treatment and conditioning, it’s time to go back to basic obedience. If you have asked the horse to canter, he should stay in that gait until you give a different cue.

JULIE GOODNIGHT shares her lessons on her RFD-TV show, Horse Master (also online at tv.juliegoodnight.com), and through clinics and expos. HEIDI MELOCCO (www.whole-picture.com) is a lifelong horsewoman, equine journalist, and photographer.

Essential Horsemanship: When is a Stronger Bit Really Necessary?