With this exercise, you will teach the horse to walk forward and bend his whole body around you in a small circle and to yield his hindquarters. The more you can get the horse to soften to the bridle on the ground, the lighter and more responsive he’ll be under saddle. It’s a great way to teach the horse how to soften to the bit and move his body parts, and is a perfect warm-up exercise or a lesson to work on when space is limited. 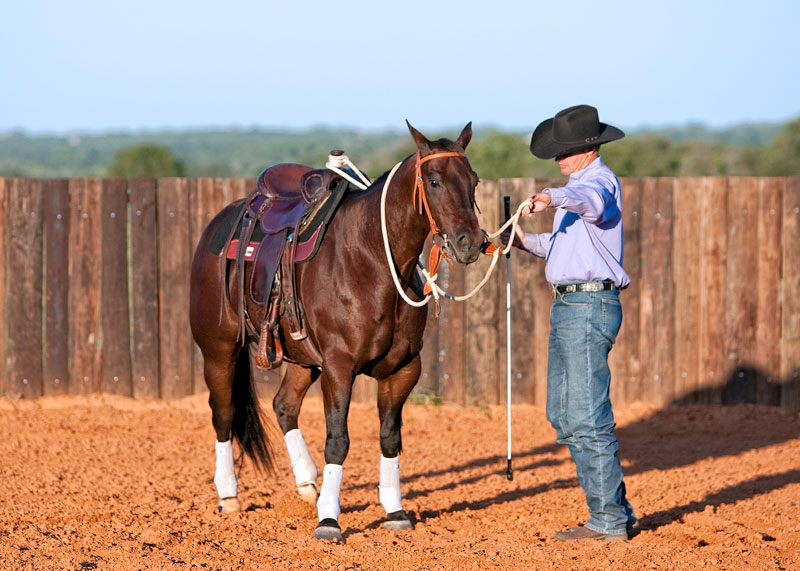 1: Put your horse in a bridle with a snaffle bit and loop reins. If you have split reins, tie them together. To send the horse in a circle to the left, hold the rein in your left hand and hold the training stick like a ski pole in your right hand. This will make it easy for you to tap the horse’s ribcage out of the circle if he leans in.

Point to the left to send the horse in a circle around you. He should walk a small circle, bending his whole body around you. Try to keep your feet as still as you can so that you’re just pivoting in the middle of the circle. 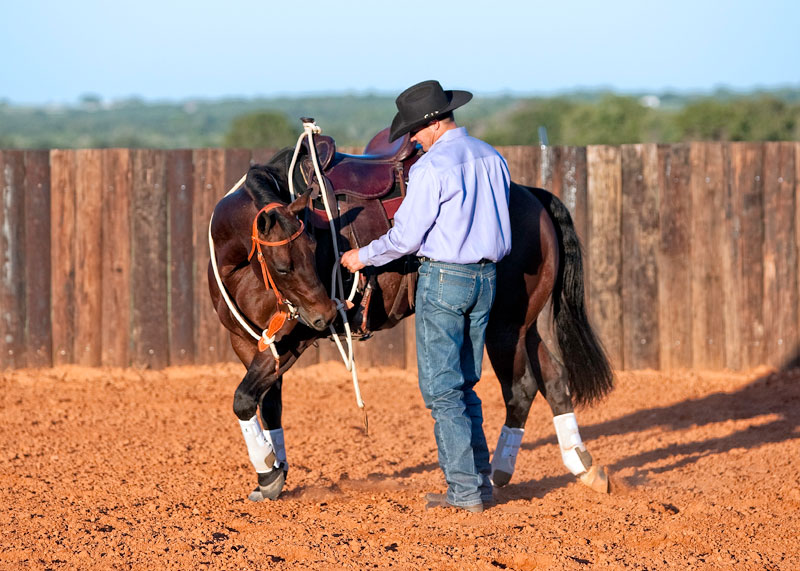 2: Once the horse is walking around you, apply downward pressure on the bridle so that he bends his nose to the inside. You’re looking for him to soften to the bit and lower his nose down as he walks the circle. As soon as he drops his nose, release the pressure. You’re going to constantly be picking up on the rein when the horse gets stiff and giving back to him as soon as he softens. 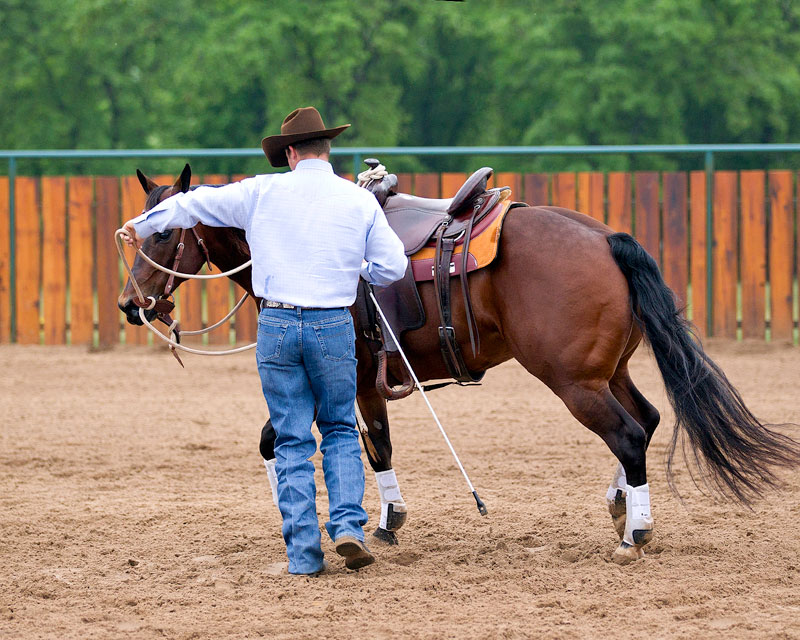 3: If the horse stops moving, point forward with the rein, and if necessary, tap him on the ribcage with your training stick until he walks. Always sacrifice bend for forward motion. Once his feet are moving again, go back to asking him to give to the bit. If he’s having trouble maintaining forward motion, ask for a little less bend in the beginning. Build on the amount of bend you ask the horse for, expecting him to have more bend each lesson. 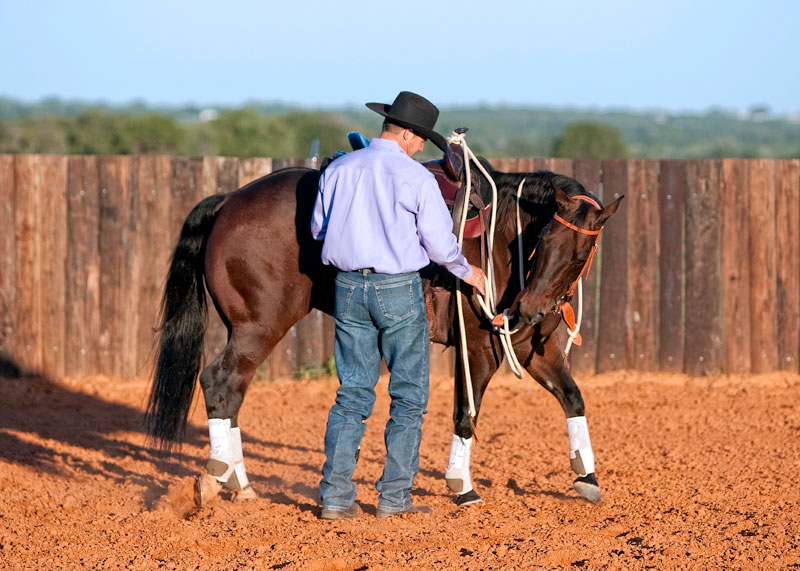 4: Continue to ask the horse to soften to the bit until eventually he can keep his nose bent down and around to the point of his shoulder by himself as he walks the circle. If the horse is doing the exercise correctly, his poll should never come above his withers. When the horse can do the exercise on one side of his body, teach the exercise to his other side following the same steps. 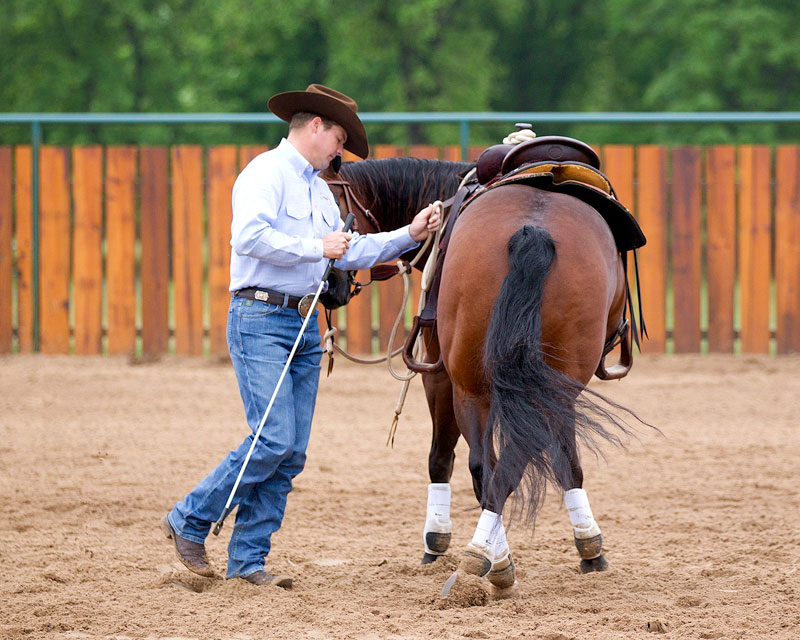 5: When the horse is walking forward and around in the circle and remaining relatively soft, ask him to yield his hindquarters. Pick up on the rein, pulling it up in the air toward the horse’s hip. At the same time, turn your body so that your belly button faces his hindquarters. 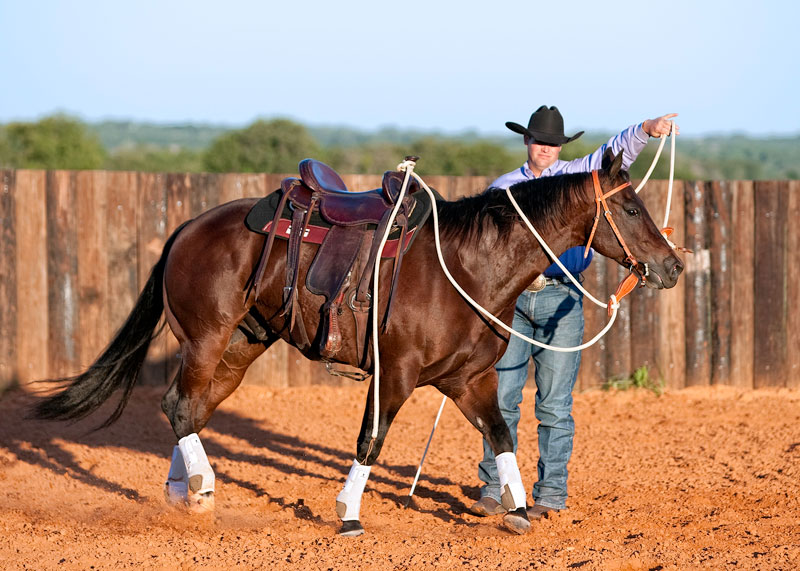 6: Once the horse takes two correct steps, point forward with the rein and send him off into the circle again going in the same direction. Your belly button should now be pointed toward his shoulder. 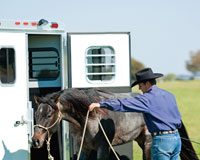