Few would argue that little girls and horses seem to have a special connection. Popularized in classic stories and film, the undying devotion of a girl for her horse is the stuff legends are made of. And at a glance, life does appear to imitate art where horses are concerned. You may not know many little boys who’d be willing to trade in their Tonka trucks for real-life ponies, but chances are good you know quite a few “horse-crazy” young ladies who would give up almost anything to spend hours on end with horses.

Here in the United States, the tip of the scales toward the female equestrian is reflected in adult life as well. Go have a look at the students at your local riding school—the majority of pupils are probably women. Thumb through your favorite equine products catalog and you’ll notice that much of the apparel is designed for females. And even in your favorite horse magazines, articles and advertising are often targeted to a predominantly female readership. Are women really drawn by nature to horses in a way that men are not, or is this apparent bias a product of the society we live in? Is one gender simply naturally more in tune with horses, or do other factors, such as previous experience or personality traits, figure larger?

I contend that passion for horses is not by nature an exclusively female domain. In some countries I’ve visited, men do play a significant role in horse society. In Great Britain, for example, pony trekking and hunting on horseback are part of a social fabric that embraces both men and women. And the owners and trainers of the horses I met in Egypt were predominantly male. During my visit, I made the acquaintance of one Egyptian horseman who had a deep and natural bond with his beautiful Arabian mare, a bond which produced one of the best trained horses I have ever had the pleasure to ride.

Here at home, the male/horse relationship is actually stronger than at first it might appear. Consider the legendary bond between the cowboy and his faithful horse. That legacy lives on today with an abundance of men in the traditional western sports of roping, cutting and team penning. There are certainly plenty of prominent horsemen at the higher levels of the English disciplines, too, and the USET certainly isn’t short on male team members. If you make a list of the finest nationally known trainers, you’re sure to name quite a few men as well.

Depending on the individual horse’s character and prior experiences, certain aspects of the handler’s gender can have a positive or negative effect. In equine society, pecking orders known as dominance hierarchies keep the peace between individual animals living together. There are many factors that can result in one horse being dominant over another, but the quality that most affects dominance status is a horse’s overall size. The largest horses are usually the most dominant ones. With dominant horses, a man’s tendency to have a larger body size and a deeper voice may be advantageous for establishing a dominant position in the cooperative relationship between horse and human. But for more submissive horses or those who have had negative prior experiences with humans, the more imposing physical characteristics men often have can be a serious disadvantage. On the other hand, women may have an edge because their social conditioning emphasizes picking up nonverbal cues, and relating rather than dominating. Bear in mind that horses are both herd animals and prey animals, so trainers must walk a fine line between maintaining the upper hand socially and not being overly threatening, intimidating or “predatory.”

When humans work with horses, we should be aware that either the horse or the human will be dominant, even in the most cooperative relationship, according to the rules horses themselves live by. With size playing a significant role in horse/horse dominance interactions, it would seem that men would have a distinct advantage over most women in establishing the dominant position with horses due to their larger stature. But fortunately for smaller riders, establishing human dominance with horses is not simply a matter of physical intimidation. It is clear from watching a good trainer or rider at work that human dominance is asserted and maintained largely through confidence and assurance, which is relayed through body posture, a language that horses through long evolutionary adaptation are well-equipped to understand. It can be advantageous to be large, but it is certainly not necessary.

I have heard it said that stallions can be especially sensitive to differences between male and female handlers, so therefore men make better stallion handlers. While stallions can indeed present unique behavioral challenges, what really matters in handling stallions are those same qualities that matter for all horses: experience and confidence. Aggressive behavior in stallions serves many adaptive purposes. Stallions “drive” or “herd” their mares and foals using classic aggressive postures: ears lowered and pinned back and neck outstretched. They also rely upon aggression to drive their juvenile offspring out of the herd, which serves as an evolutionary safeguard against inbreeding. They also rely upon violent aggression to defend their bands against thefts by other stallions or attacks by predators. Many stallions by nature are inclined to be dominant for these very reasons, and therefore require experienced and attentive handling, whatever the gender of the handler.

Horses, like humans, are individuals with unique personalities. As such, each horse will be more responsive to particular qualities of some handlers and less responsive to others, and this will vary with the horse.

There are no simple formulas for successful equine interactions because horses and humans are all individuals. By their very nature, horse activities require a meeting of two unique minds, and what has to result is a harmonious relationship based on mutual trust and respect. Success with horses is no more likely for a female than for a male based simply on gender alone, whether the relationship is between a stallion and his handler or a child and her pony. The qualities of self-assurance and an air of easy confidence around horses are very important and develop in time through experience, but they won’t work for every horse, every time. For above all else, the personal compatibility between a person and the individual horse he or she is working with is the factor of greatest importance in the horse/human equation. 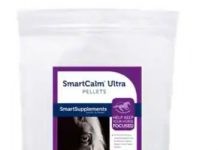 May 2020 SmartPak SmartTip of the Month: How to Help a Nervous Horse 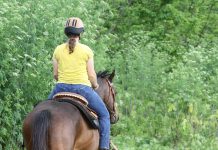 How Riders Create Misbehavior in Their Horses

The Importance of Timing in Horse Training