When it comes to riding a horse, using a bit is standard fare. But a bit is not the only way to send messages to your horse through the reins. Western riders have been using hackamores—a type of bitless bridles—for many years.

Although bits are most commonly used in the various western disciplines, hackamores can be a good choice for a long trail ride, when you want your horse to be able to eat and drink without a bit in his mouth. In general, some horses just go better in hackamores too, preferring to be ridden without a bit.

Two kinds of basic hackamores are available on the market: the bosal and the mechanical. 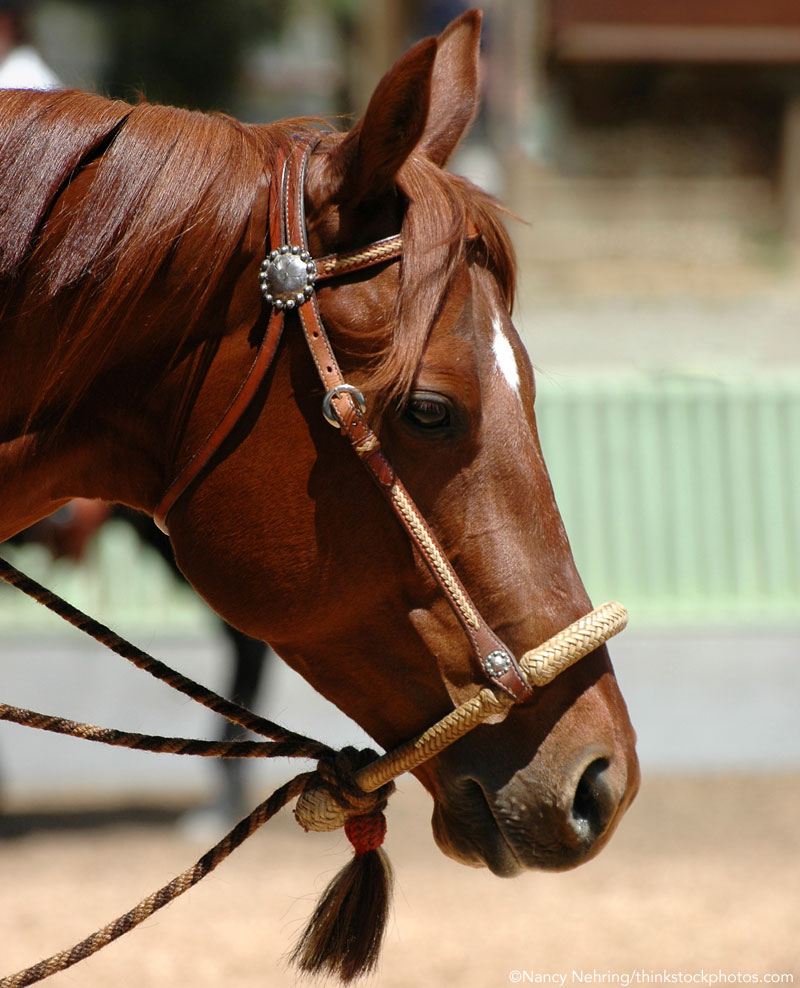 Although this hackamore is commonly referred to simply as a “bosal,” it is technically just the nosepiece that goes by that name. The bosal nosepiece is typically made from braided rawhide, and has a teardrop shape. A large knot at the bottom of the bosal goes under the horse’s chin and attaches to the reins. A mecate rope is also often attached to the bosal, and is typically made of horsehair. The mecate is separate from the reins, and can be used as a lead rope.

California vaqueros first used bosals back in the 1800s when working cattle on horseback. This hackamore is still used by riders who train in the old vaquero style, as well as many western riders who like the feel of riding in a bosal. Some western competitive events also feature bosals.

The mechanical hackamore earned its name because, unlike the bosal, it uses a metal, mechanical nosepiece. Mechanical hackamores come in different styles, with everything from flat leather to covered bicycle chains for nosebands. These hackmores also feature metal shanks that work to keep the horse’s nose down, along with a curb chain under the chin. The shanks can vary in length from short to very long, and have reins attached. 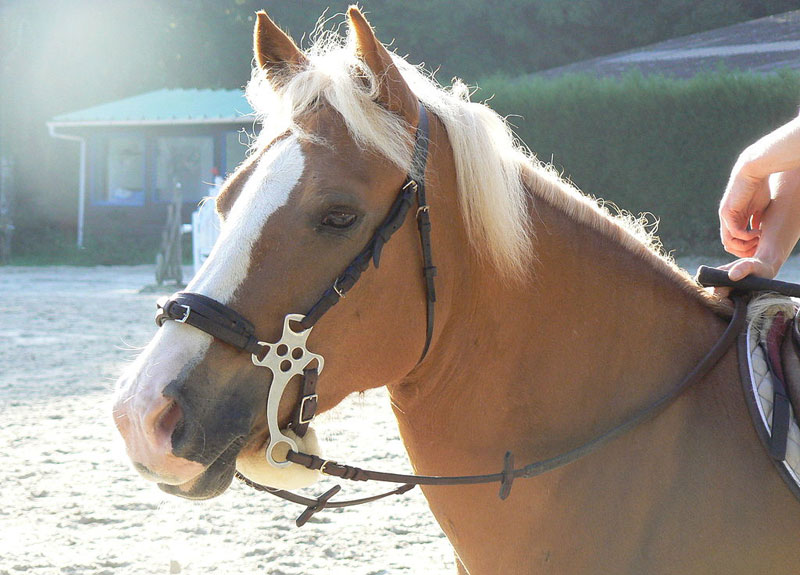 By Olgalady (Own work) CC BY-SA 3.0, via Wikimedia Commons

The mechanical hackamore came into use in the U.S. among western riders back in the 1930s. It is commonly seen on horses used for trail riding, and in some western competitions.

Hackamores don’t use a bit, but that doesn’t make them any less severe in the wrong hands. If you are going to ride in a hackamore, you need to know how to use it in a way that won’t hurt your horse. A heavy handed rider can do a lot of damage to a horse’s nose with a hackamore. Before you switch your bit for a hackamore, make sure you know how to ride with light hands.

When properly used, a hackamore can give a horse plenty of freedom to drink and graze along the trail, or to just relax on a short trail ride close to home. If you’d like to switch from a bit to a hackamore, get help from an experienced horseperson who can help you get just the right fit for your horse.

Ask the Expert: Teach Your Horse to Back Up