On Tuesday, a late entry joined a Thoroughbred race at Cessnock Race Track in a rural section of New South Wales, Australia. A kangaroo appeared along the inside rail and stuck with the pack for a while before bolting out of there.

Close call for Skippy in the last at Cessnock. ??#Straya pic.twitter.com/3L8NGhWGGP

Did the ‘roo have a chance at winning? According to speedofanimals.com (yep), a red kangaroo can reach speeds of 44mph for short distances, which would certainly allow one to stick with the horses for a while. Typically they hop along at a more leisurely 13-16mph. The website states that they can maintain a speed of 25 mph for around 2 kilometers, which is close to the distance of Tuesday’s kangaroo-crashed race. Not a bad hopping speed, but not good enough to keep up with fit Thoroughbreds who can race at speeds above 40 mph. 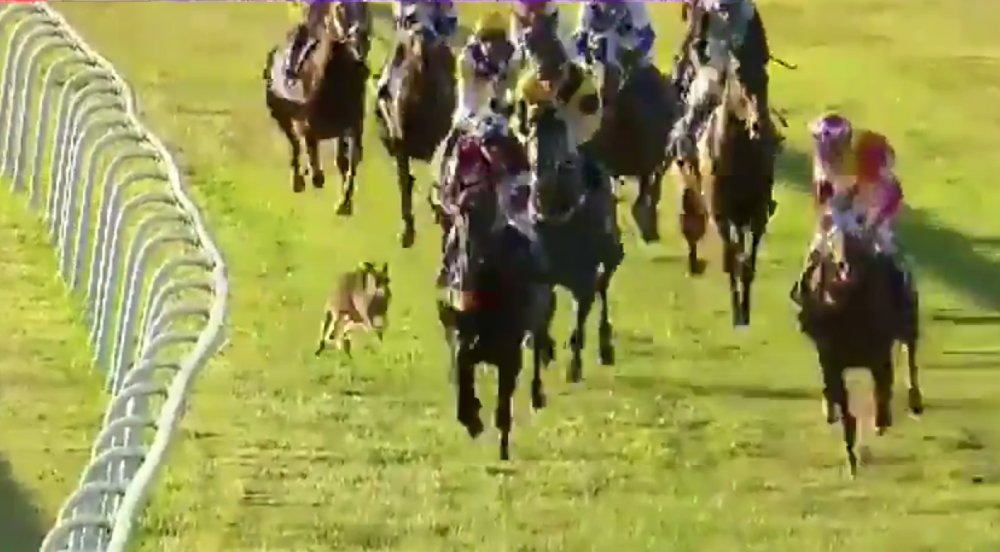 The kangaroo’s dart through the pack was a risky move, but no horses, riders, or marsupials were injured in the incident.

The winning jockey, Robert Thompson, later said that the kangaroo’s appearance was part of his game plan to distract his competitors, according to stuff.co.nz.

Video of the Week: Dressage Fail