The first human runner, Owen Beilby, finished in 2:50 at this year’s race, which took place on June 10.

The Man vs. Horse Marathon now has a 37-year history, and humans have only claimed victory twice, first in 2004 and again in 2007. Although horses have more raw speed than humans, there are certain conditions that favor humans in a race like this. Specifically, humans are generally believed to be able to cool more efficiently than horses in very hot conditions.

The course for this race, which is a bit shy of the actual marathon distance of 26.2 miles, starts at a pub called the Neaudd Arms. It was that very pub where the idea for the race was born in 1980. A couple of patrons got into a debate about who would win in a race between a horse and a human, and an annual tradition was born. 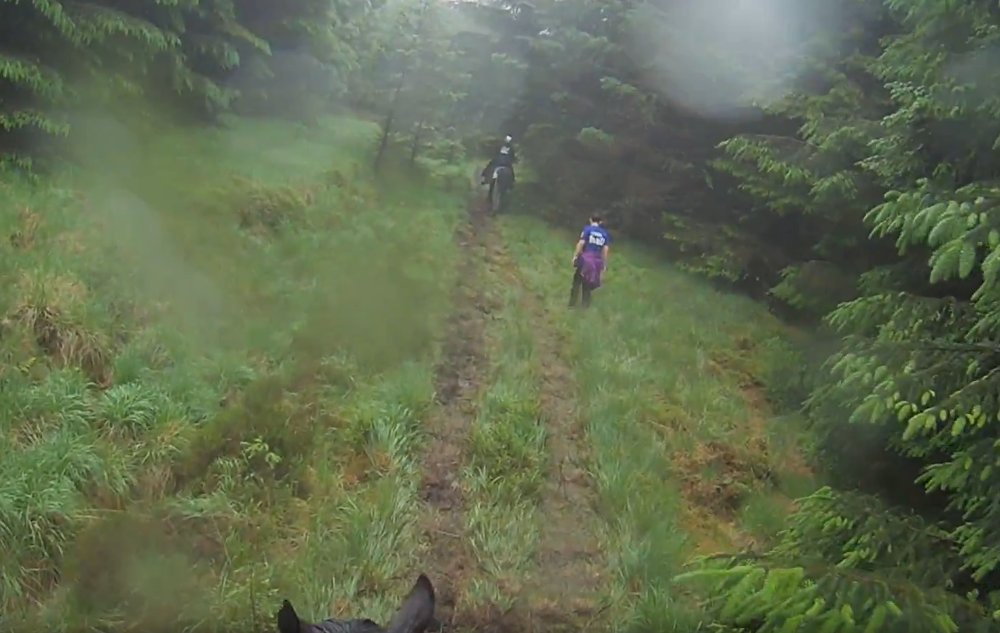 The course includes several water crossings, goes up and down steep inclines, and at times the path is narrow. This year’s race was extra challenging as windy, rainy weather bore down on competitors and made the footing muddy and slippery for horses and humans alike.

In the video above, YouTube user Monty’s Revenge shares some helmet cam footage from their first attempt at Man vs. Horse. Unfortunately, the tough footing and inhospitable weather led them to withdraw from the race after eight miles. Better luck (and—we hope—better weather) next year!