If you live somewhere with snowy winters, you’ve likely gotten your vehicle stuck in the snow – or you know someone who has. At the very least, you’ve seen a stranger stuck in the snow. While there are various ways to get unstuck, one of the best we’ve heard of comes out of Central Pennsylvania.

When a milk truck got stuck in the snow in what appears to have been while trying to make a turn, a team of four Amish horses were called in to get it out. They succeeded, and of course it was caught on video. And even though this happened back in 2011, it’s making the rounds again. Check it out above if you haven’t seen it already (or watch it again) and let us know what you think in the comments. 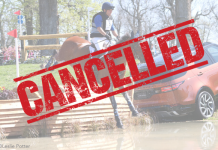