Click here if the video above is taking too long to load.

It’s been four
years since we first met Tinker, a Mini Horse in Wisconsin who dons a
Santa hat, performs tricks, and rings a bell as part of the Salvation
Army’s iconic Red Kettle holiday fundraiser. Tinker is still at it,
as we see in the report from CBS 58 above.

“Every year he
gets more and more popular,” says Carol Takacs, Tinker’s owner.
“People walk by and they say, ‘Okay, that’s cute…’ but then
they realize that he does actually pick up a bell and ring it, and
they really think that’s neat. So it’s fun to be with him.”


Tinker and Carol
have some extra help courtesy of Tallulah, Tinker’s canine
companion who looks quite comfortable perched on the Mini’s back.

Back in 2012, the
Associated Press reported that Tinker solicits 10 times the donations
of the average human bell-ringer, and he’s been at it since 2010.
That’s a lot of cash for charity over the years. Keep up the good
work, Tinker. 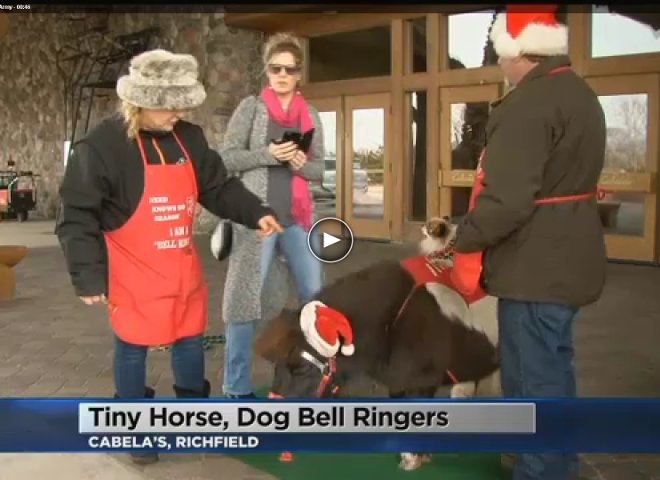