Horses are incredible teachers. Those of us who live with them already know this. But even people who haven’t spent a lot of time around horses can be changed in profound ways just by getting to know one. Such is the message in a new film produced by Robert Redford, called The Mustang. Starring Belgian actor Matthias Schoenaerts and veteran of American film and television Bruce Dern, the movie demonstrates the powerful lessons that can be learned from horses. Read about how Laure de Clermont-Tonnerre directed The Mustang. 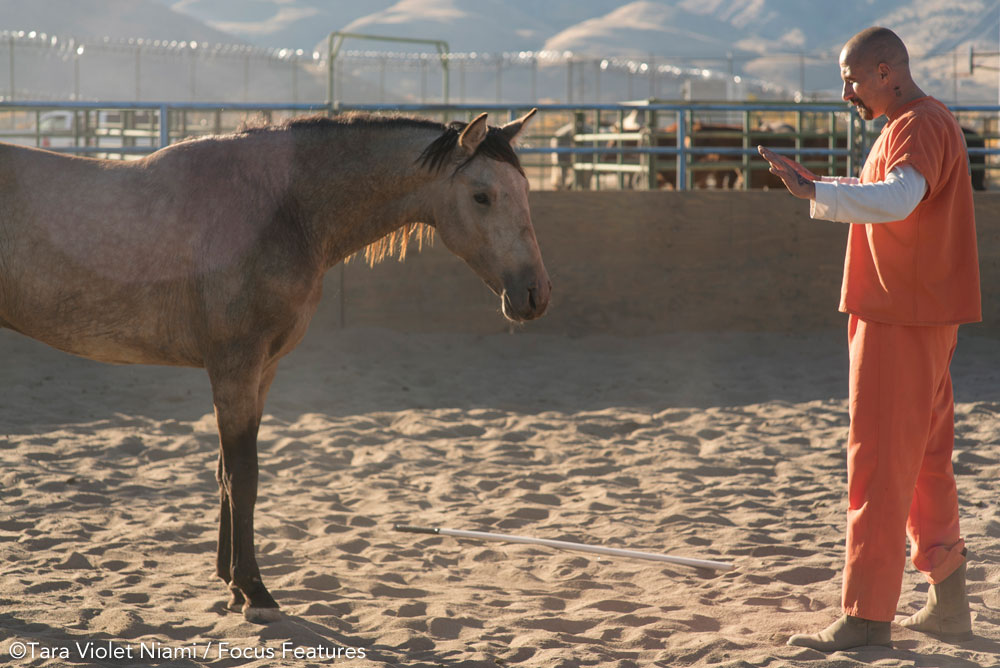 The creation of French actress-turned-director Laure de Clermont-Tonnerre, The Mustang movie tells the story of a violent convict named Roman Coleman who is so anti-social that he prefers being in solitary confinement over mixing with the other prisoners.

Incarcerated at a federal prison in Nevada, Coleman is withdrawn and despondent when he’s assigned the duty of cleaning the corrals adjacent to the exercise yard. It turns out his prison participates in the Bureau of Land Management’s Saddle Horse Training Program, where wild Mustangs are gentled and trained under saddle by inmates. Coleman watches with interest as his fellow inmates work with the horses.

One day while cleaning the paddocks, Coleman notices that one Mustang is isolated from the others. The horse is kept in a dark stall where he kicks the walls in protest. Coleman is warned to stay away from the noisy buckskin because he is wild and dangerous.

From then on, Coleman is drawn to the horse, who was rounded up on the range by helicopter with the rest of his herd in the film’s opening scene. The program director Myles, played by Bruce Dern, notices Coleman’s interest in the horse and recruits him for the program. Coleman names the horse Marquis and begins the work of taming him.

The inner and outer struggle that both Coleman and Marquis endure in the rest of the film is both touching and inspiring. 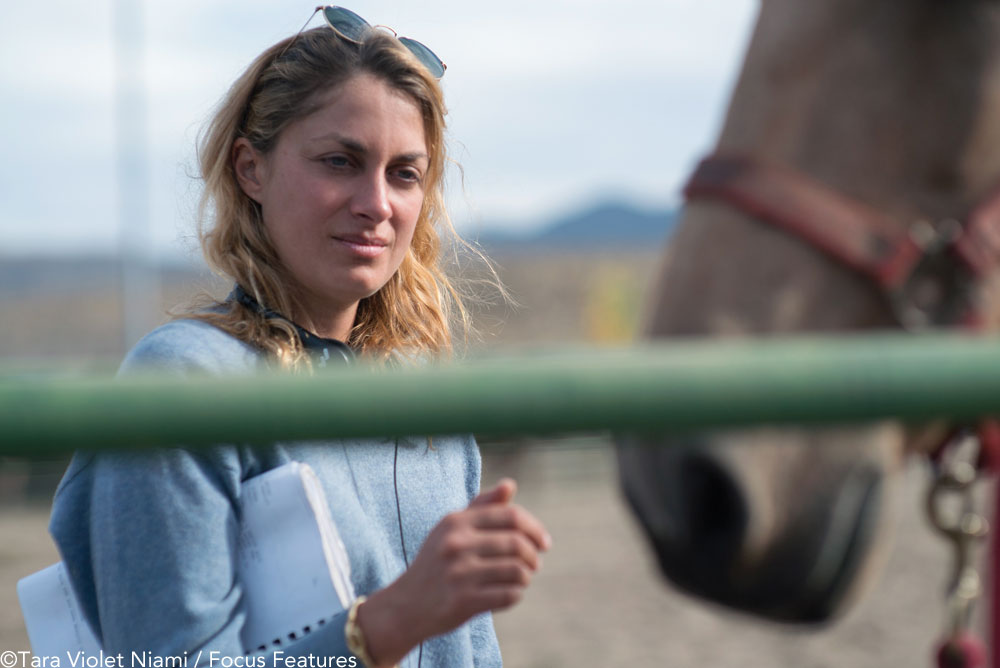 Clermont-Tonnerre not only directed The Mustang movie, but she also co-wrote it. Inspired by research she’d done when making a short film called Rabbit (2014) about a pet therapy program in a women’s prison, Clermont-Tonnerre was drawn to the idea of a film about prisoners working with wild horses.

“In deepening her research about other animal therapy programs, Laure was led to the Saddle Horse Training Program in the U.S., which is clearly a cinematic subject,” said Molly Hallam, executive producer of The Mustang movie. “She spent several years researching this program as she developed the script. She felt it was important to keep the story authentic and close to the origins of the real program itself, which is why the script is written for and filmed in Nevada.”

A big part of that authenticity meant having equine actors in the movie that would behave like real Mustangs. Three different horses were cast in the crucial role of Marquis, with a 12-year-old Lusitano gelding named Luke getting the majority of the screen time.

“Luke—aka Mafioso—was the main horse we used,” says Hallam. “He is the horse that Matthias rides, and who did all of the difficult stunts. The second horse, Max, was also a Lusitano, but a 4-year-old stallion. He came from Oklahoma and had no formal training. As a young stallion, he had a lot of personality, and was trained to rear and paw. We used him a lot in the round pen scenes. He also has a scar on his face from an injury he received as a baby, which we loved to use for close-ups.”

The only actual Mustang playing Marquis was a 6-year-old gelding named Buck that came from Lifesavers Wild Horse Rescue, a Mustang rescue in California.

“We used Buck very little as he had only basic under-saddle training, but we felt that it was important to have a Mustang to build the personality of the horse,” says Hallam. “Buck was only used by our stunt men. He had very little handling and training, so he had the natural cautious reactions when you tried to saddle and ride him. We did not train him very much on purpose so he would react naturally as a Mustang that hadn’t been handled would.”

Luke’s previous career with a traveling live performance troupe called Cirque Ma’Ceo made him the most qualified horse for the role of Marquis.

“Luke did most of the stunts, like rearing, pawing, biting, laying down, and dragging a stunt man by the foot in the stirrup,” says Hallam.

Clermont-Tonnerre’s commitment to authenticity also included consulting with Neda DeMayo, president of Return to Freedom, a wild horse sanctuary in California, to ensure the film’s horse scenes were on the mark.

“Mr. Redford’s team asked me to look at the script because of Return to Freedom’s relationship with him and because of Return to Freedom’s 20-year history of advocating for policy changes and on-the-range management solutions,” says DeMayo. “We offered feedback and input as the process went along, and pulled in some of our resources, including sourcing some of the round-up footage.”

Return to Freedom also provided advice to the filmmakers on finding the right horse to play Marquis.

“Molly Hallam knew what Laure de Clermont-Tonnerre was looking for in a horse, and in the end, traveled all over to find a horse with the right look and temperament for the kind of trained behavior needed for The Mustang movie,” says DeMayo.

Both Clermont-Tonnerre and Hallam visited two of Return to Freedom’s sanctuary locations on California’s Central Coast, looking at horses being prepared for adoption that had been born at the sanctuary.

“A trainer and farrier who has worked with us on large rescue projects since 2011, Thomas Smittle, was hired to appear in the movie playing Thomas Youngblood, so we felt comfortable having our horses on the set,” says DeMayo. “Molly and Laure were also very open, and we were able to visit and check on the horses at any time.”

DeMayo says the horses were well looked after during the filming.

“They were basically the heroes of the movie,” she says. “The set was managed like a training facility, with the horses being handled and cared for pretty much all day.”

According to DeMayo, Clermont-Tonnerre has a very compassionate nature, which comes across in her film.

By the film’s end, both Coleman and Marquis have learned a lot about love and trust. And judging by the photos of actual prisoners and their Mustangs that appear during the final credits, they are not alone.