The Intercollegiate Horse Shows Association (IHSA) and Intercollegiate Equestrian Foundation (IEF), Inc. is proud to announce and congratulate the 2020 academic achievement and scholarship award winners. Academic achievement awards are presented to those who have earned a 3.5 grade point average (GPA) or above throughout the academic year. Scholarships are awarded to those members who meet eligibility requirements, excel in horsemanship and in the classroom, and demonstrate financial need.

“We love seeing our members excel in the classroom as well as in the show ring,” said Peter Cashman, IHSA executive director. “It is our aim that members’ academic and IHSA equestrian experience helps prepare them for life beyond college.”

As the oldest and largest of the intercollegiate equestrian organizations with more than 10,000 members, IHSA welcomes men and women of all riding levels to compete in individual and team competition in hunter seat equitation, western horsemanship and reining at more than 400 member colleges and universities in 47 states and Canada. IHSA college and university team participation is represented through a variety of programs including varsity athletics, academic departments and club sports. IEF fosters and promotes intercollegiate equestrian activities and competition through the awarding of scholarships and grants.

The Senior Athletic Academic Achievement Awards are presented to IHSA members who have a cumulative GPA of 3.5 or higher and have been a member of their intercollegiate equestrian team for three years, including their senior year.

The Teresa McDonald Scholarship Challenge is comprised of a written test and a practicum held at the IHSA National Championships. Due to the unique situation this year, the 2020 awards are presented to the members in each zone with the highest written test scores.

The mission of the IEF is to foster and promote intercollegiate equestrian activities by providing scholarships and grants. The IEF presents multiple general scholarships each year. Included in these general IEF scholarships are three named awards.

The Jon Conyers Memorial Scholarship is awarded to a freshman or sophomore in his or her first year of competition in the introductory, beginner horsemanship, pre-novice, novice or rookie horsemanship divisions and must be a full-time IHSA undergraduate member in good standing, display a passion for horses, strive for excellence, and demonstrate financial need.

Conyers competed in the IHSA, instructed and coached for multiple college programs, served as an IHSA board member in many capacities, including regional president, zone chairperson, director of alumni, director-at-large and national horse show manager.

To be eligible for this scholarship, students must be a full-time undergraduate IHSA member in good standing, compete in open reining throughout the year, and demonstrate financial need. 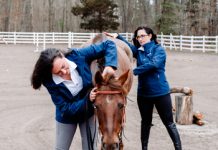 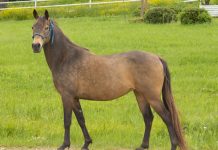