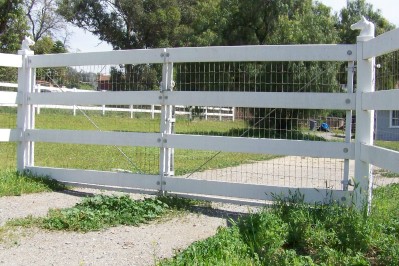 I had a horse put down recently. It wasn’t either of my geldings, Wally or Danny. It was an old Thoroughbred mare that belonged to a friend of mine who’d passed away. The mare was her retired show horse, a tall, athletic jumper with a sweet temperament. In her mid-twenties, afflicted with lameness and an aggressive tumor in her sinuses, the mare’s quality of life had deteriorated. Such a grand mare deserved some amount of dignity, and after much contemplation I made the decision to have her euthanized.

The bay mare came to live at my family’s small ranch a year-and-a-half ago. That was about the same time my friend’s health worsened, and while I held on to hope that she would beat the odds there was a dark place in my heart where I already knew her story wouldn’t have a happy ending. Yet the day we hauled the mare to our place is one I’ll always remember fondly. My sister Jill was driving the truck, my friend was sitting sideways in the passenger seat, and I was perched in the backseat of the cab, leaning forward. The three of us were chatting wildly as only horsewomen can, with the mare riding comfortably in tow behind us. Such a day, infused with sun-streaked, vibrant energy, contrasted sharply with the plain-spoken proposal I presented a few days later to my friend: I would look after her horse, and treat it like one of my own, if she ever became too ill to care for her. We both knew what I meant.

Fortunately, the old mare settled into the laidback lifestyle of our backyard stable. She be-friended the barn dogs and took a special liking to the pet goat. She lived in a large paddock, shaded by a huge pepper tree, and spent much of each day hobnobbing over the fence with the neighbor’s herd of mustangs. Whenever I’d arrive the mare would greet me at the gate, her ears pricked forward, expecting a treat or a brisk rub on her blazed face. She began to follow me around like a buddy or pal, a few steps behind me as I walked from tack room to tack box. She’d press her nose against my back, asking to be groomed or fed a carrot. I’d open the gate and let her wander the back end of the property, where she’d mosey across the lawn, nibbling here and there. Compared to the strict regimen of a competitive show barn, this was a life of sublime luxury. My friend was thrilled. “The old gal’s getting to live the good life in her sunset years,” she said. “She deserves it.”

For a while, Jill and I were able to get the mare sound enough so my friend could come out for some short rides. Weakened by both her illness and the side effects of treatment, she couldn’t ride for very long. But I can tell you that her moments in the saddle, aboard her mare, brought her joy. It’s amazing the transformative power that horses possess. You would’ve never known that my friend was so desperately ill from the way she looked on the back of that old bay horse. Such restorative power must be reciprocal, because the mare seemed reinvigorated, too. Her eyes were brighter and her stride more lofty, as if she took pride in having a purpose and fulfilling a duty.

Eventually my friend’s visits became more sporadic. By the end of last summer they had stopped altogether; she was too ill to travel. So I bundled up photos I’d taken of her mare and presented them in person, serving as narrator. “Look,” I’d say, “I gave her a shampoo and you can see her dapples!” Jill and I created a video, complete with film credits, that showcased a day in the mare’s life at the ranch. There were snippets of her rolling in soft dirt, sampling alfalfa bales still stacked on the delivery truck, and flirting shamelessly with my sister’s flashy gelding. These mare missives were the bright spots in the progressively darker days of my friend’s life. Each time I left her, I’d encourage her to think of her loyal mare, standing patiently at the gate of her paddock, ready to greet her if she should arrive.

When the warm embrace of summer ended, the weather turned callously cold. The mare seemed frail; her coat was rough and if she happened to trot few steps, her breathing was labored. Often blood would dribble in small drops from her nostrils. We moved her from her outside paddock to a smaller corral, where she could cozy up with another horse and stand beneath a shelter. Not long after that, on Christmas Eve in the midst of a storm, my friend passed away.

In the months that followed I continually evaluated the mare’s condition, supported by my sympathetic vet. I found myself struggling to separate grieving for my friend and doing what was right (and humane) for the horse. Was I holding the mare hostage, in a way, because I couldn’t let go of my final connection to my deceased friend? Was I extending her life or merely prolonging her suffering? None of these were pleasant to contemplate, yet as a responsible horse lover I had to confront them. Ultimately, the mare helped me make the decision. Her behavior and her expression told me it was time. She didn’t finish her meals. She was too lame to trot or play, and the tumor restricting her airways left her short of breath. This wasn’t a proper life for any horse, let alone a big-hearted Thoroughbred used to galloping and jumping.

And so, on a sunny spring day, I called my vet to put the sweet bay mare down. I led her to a soft, quiet place, her favorite spot where she liked to nibble on sweet grass and dandelion flowers. I gave her a long pat on her mahogany neck and ran my fingers through her thick black mane. “It’s time to go find your mom,” I told her, sending her back to my friend. “She’ll be waiting for you,” I said softly, “at the gate.”