Recognized as the national horse of Brazil, the Mangalarga Marchador got its name from the farm where the horses were first bred. 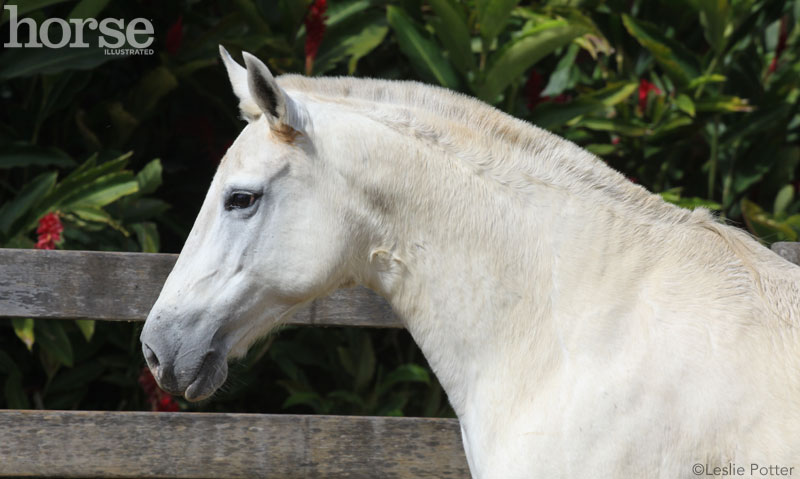 When Napoleon began invading Portugal in 1807 as part of the Peninsular War, Prince Regent John VI of Portugal commanded much of his fleet to carry anything of value to the safe haven of Brazil. Along with the thousands of people and possessions aboard the nearly 50 ships were many of the Lusitano horses of the Alter Real State Stud Farm.

When the ships landed in Brazil, an Alter Real stallion named Sublime was acquired by the Brazilian Baron of Alfenas, Francisco Gabriel Junqueira. He began crossing Sublime with the mares on his ranch, including Spanish Barbs, Andalusians and naturally gaited Spanish Jennets. Junqueira began referring to all of these attractive and smooth-gaited, Iberian-bred foals as “Sublimes,” and sold a few to the owner of the Hacienda Mangalarga near Rio de Janeiro.

When the owner of Hacienda Mangalarga rode back and forth to Rio on his lovely Sublimes, locals noticed his impressive horses and called them “Mangalargas.” The name stuck.

The Marchador part of the name comes from the two natural gaits they perform, the diagonal marcha batida and the lateral marcha picada. Mangalarga Marchadors also have a ground-covering walk and a smooth canter.

With a docile yet intelligent nature and original breeding to create an exceptional ranch horse, the Mangalarga Marchador still shines in cattle work and trail riding. Nearly 500,000 Mangalarga Marchadors are registered in Brazil, and in recent years, Brazil has begun actively promoting the breed around the world. Today, the breed is also found in small numbers in an estimated 21 countries. About 250 horses are currently registered in North America.

Video: Gaits of the Icelandic Horse