There’s a magic that happens between ponies and boys. It’s a quiet partnership. A silent understanding, perhaps, between tamed creatures whose wild spirits bubble close to the surface.

Since before he could walk, my 7-year old son Quinn has shared that magic with Pumpkin Pie, one of those good-as-gold ponies that we’re lucky to have known. You probably know the type: unflappable and kind, sturdy in disposition and body. And cute. Very, very cute. He didn’t belong to us, but his heart “belonged” to a handful of lucky children, all of whom felt he was theirs alone.

Some of Quinn’s first full sentences were about Pie, like when I would suggest he ride my trusted horse, Windy. With a stern shake of his head, Quinn would say over and over again, “My ride Pie.” 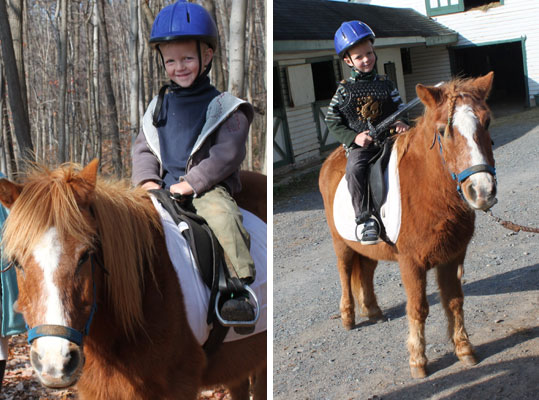 Since Pie passed away last year, Quinn hasn’t ridden much. He keeps a braid of Pie’s tail hair on display in his room, but he doesn’t like to talk about the pony, he says it makes him sad.

Over the winter I connected with a new boarder at our farm who owns Paddles, another uncommonly good pony. I was delighted to find out that Paddles’ owner might be willing to share her sweet guy. We chatted about arrangements, trades and where bridles were hung. The boys and I waited out more winter weather.

Yesterday a proper spring day emerged. At the farm, Quinn and his older brother, Max (10), picked Paddles out from among the other greys in the back field. 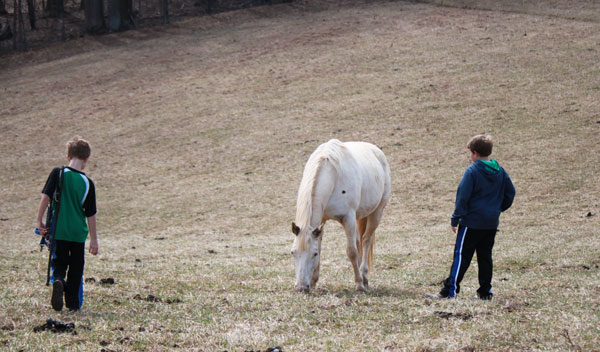 From a short distance away, I watched the three of them size each other up and greet each other with delight. 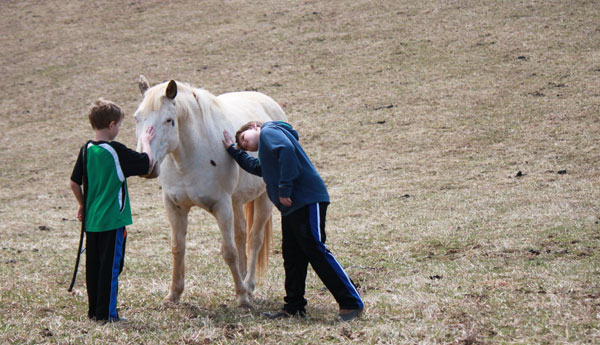 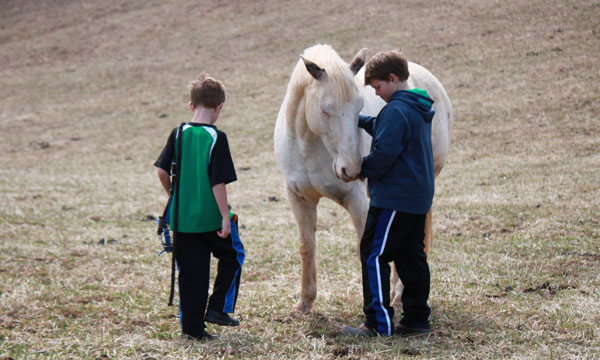 We walked back to the barn, picked out a few hooves, and ate some dirt as we brushed the pony in a light breeze. 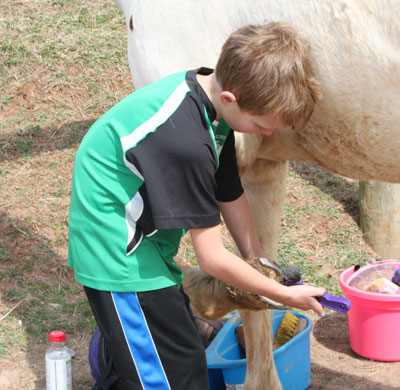 When Quinn mounted up (“Don’t help me, Mom!) I felt hopeful. As for equine friends we have struggled to say good-bye to, I realized it’s not about who is gone, but more importantly, it’s about the magic they shared all along. Yesterday, we made the first of what we hope will be lots of memories (and magic) with Paddles, as one big-hearted, one-in-a-million pony picked up where another left off. 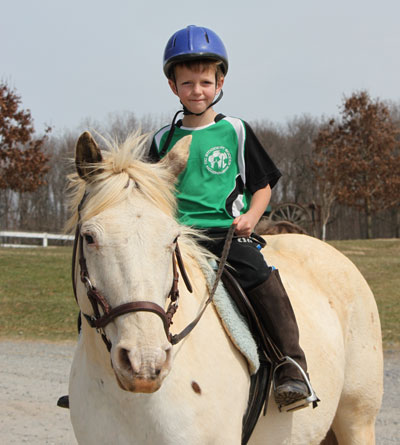