It’s always a thrill when a magazine with an article I wrote in it shoots through the mail slot. Conducting interviews and meeting deadlines is one thing, but seeing that work transformed into a glossy spread with gorgeous photos is another. Like last week when the May/June issue of Young Rider arrived.

I flipped through, scanning for my story about 17-year old Uriel Chartrand-Ardail, a teen acrobat in Cavalia’s Odysseo. He grew up performing in a circus in Las Vegas and started riding for the big, traveling horse-filled Canadian production about two years ago.

The show was in Washington, DC (where I live) last fall. With high expectations and my paddock boots on, I drove over to the site early one weekday morning to interview Uriel. He had just arrived after two weeks off. He somersaulted into the arena on fiberglass stilts, twirling and spinning 15 feet in the air. 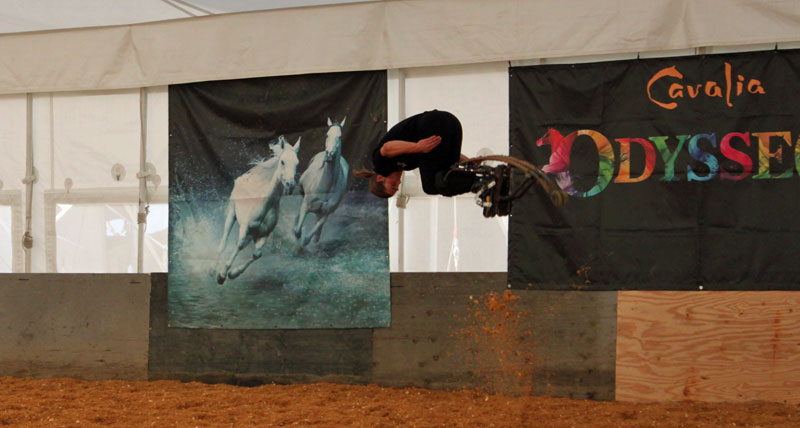 I was there with a Washington Post reporter. She was taking pictures for another story I wrote, this one profiling four horse-loving young people in the DC area, including Uriel. After unstrapping himself from the stilts, Uriel took us to meet one of the horses he rides, Nezma, a 9-year old Arabian gelding. 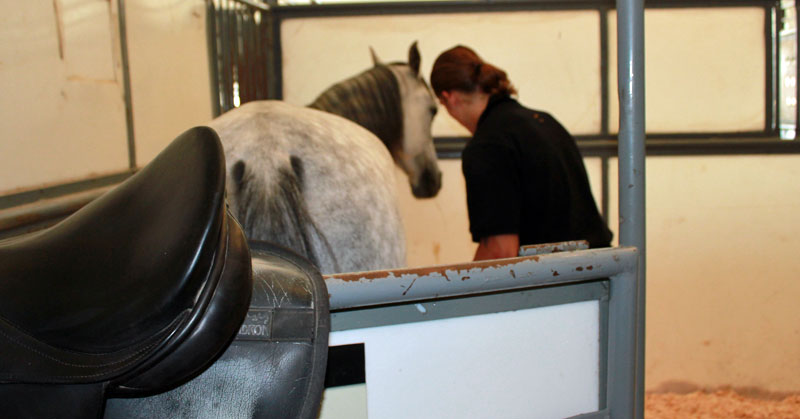 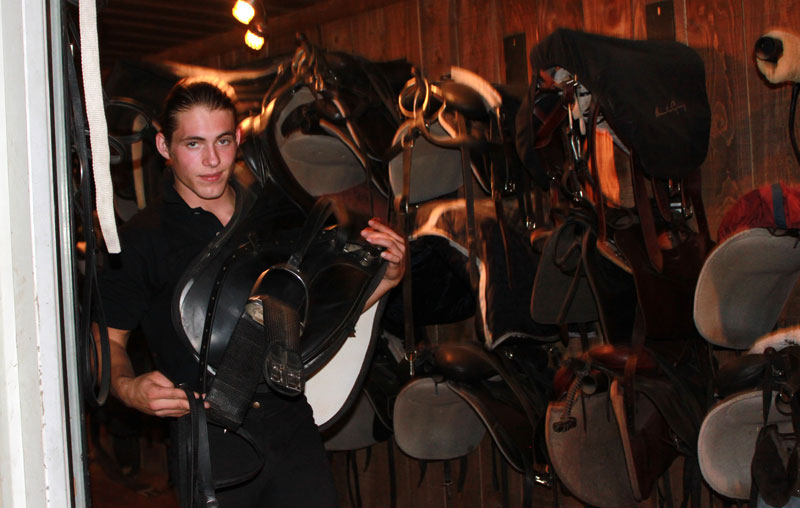 After a trip to Cavalia’s mobile tack room, he groomed Nezma and tacked up himself, right down to the horse’s boots. 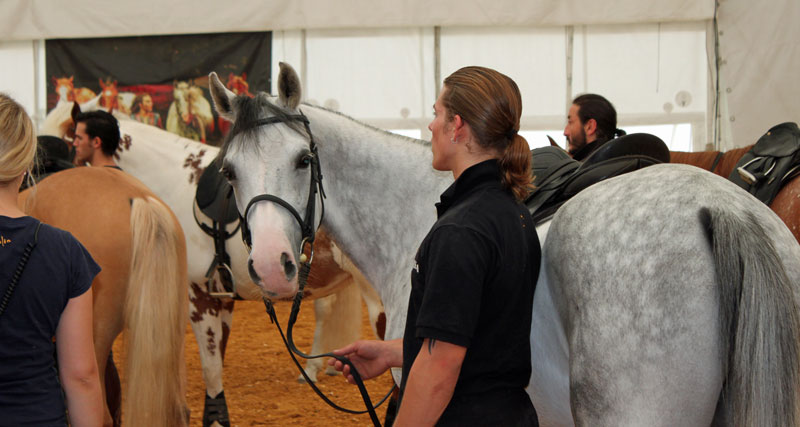 Then I watched the Cavalia riders had their first lesson in DC. It all took place in a make-shift ring behind the massive white tent. To their credit, the trainer eased the horses back into work (they had also had a break in between shows) with an hour of ground work. 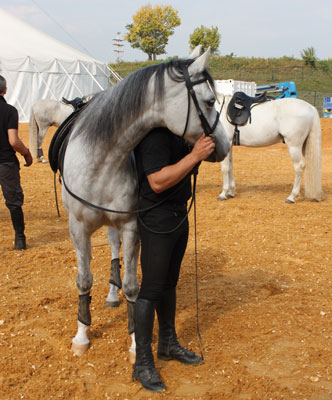 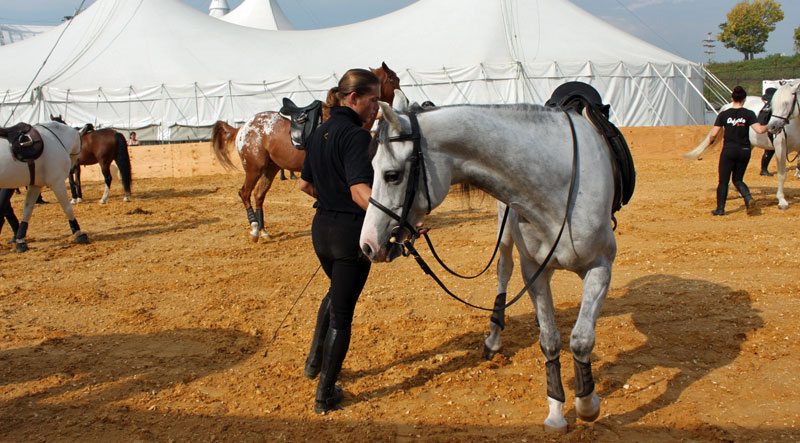 While the lesson that day was tame, the performance I saw ten days later on opening night was anything but. That night, under the big top, Uriel and Nezma (and many other horse and rider combinations) flew. Uriel defied gravity with intense upside down and backwards, mind-blowing vaults off the side of a remarkably unflappable Nezma. Wow!