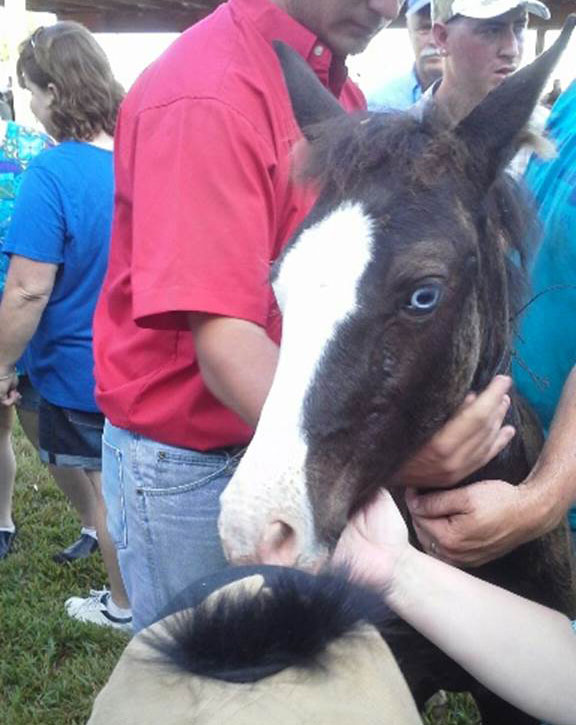 When the famous Chincoteague pony Surfer Dude, died this spring, the stallion’s passing made national news. His legacy lived on this year at the 90th annual swim as his offspring made history at the July auction that follows the swim. One of the late stallion’s foals, a black filly with a white face and two blue eyes, sold for $25,000. It was a record sale that will benefit the Chincoteague Volunteer Fire Department, the organization who manages the herd and organizes the swim every year. 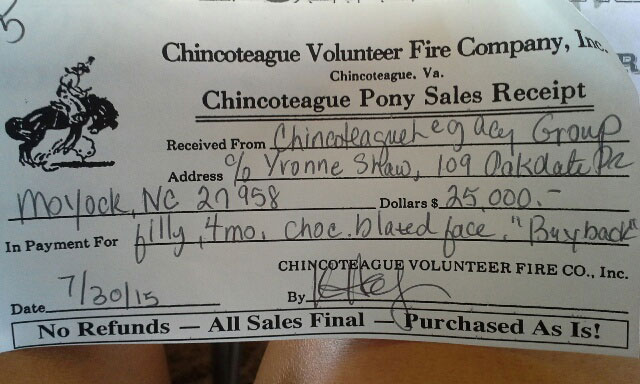 Photo courtesy of ChetPaila Shaw
A Facebook group called the Chincoteague Legacy Group (CLG) raised money from more than 400 donors to purchase a Surfer Dude foal for “buy back.” Buy back foals are designated by the fire department to be sold at the auction and then returned to Assateague Island for life. The auction winners of a buy back foal name the foal and are listed as the owner. 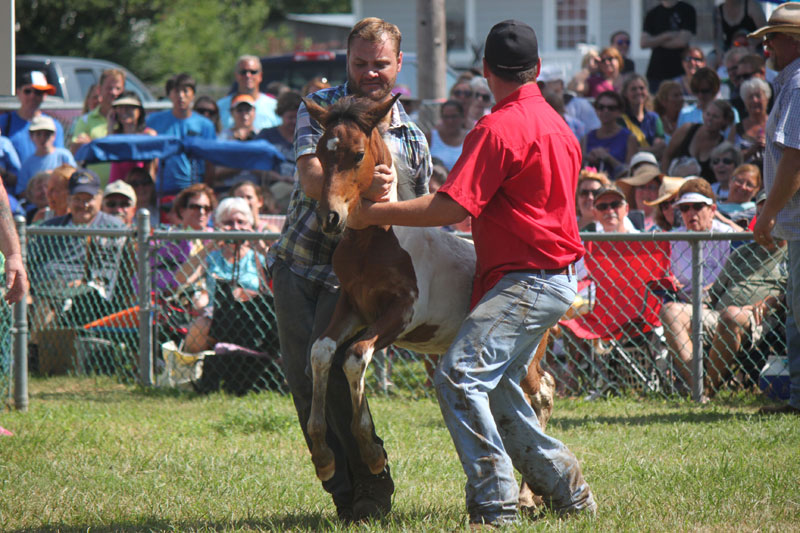 CLG member Liana Berman says the group was started as an offshoot of the Facebook group I Love Chincotegaue Ponies. “When Surfer Dude passed away, we started talking about him, then decided to pool our money to purchase a buy back,” Liana says. “Anyone could donate, and we all would get bragging rights to say this is our baby. And she is the most beautiful baby I have ever seen.” 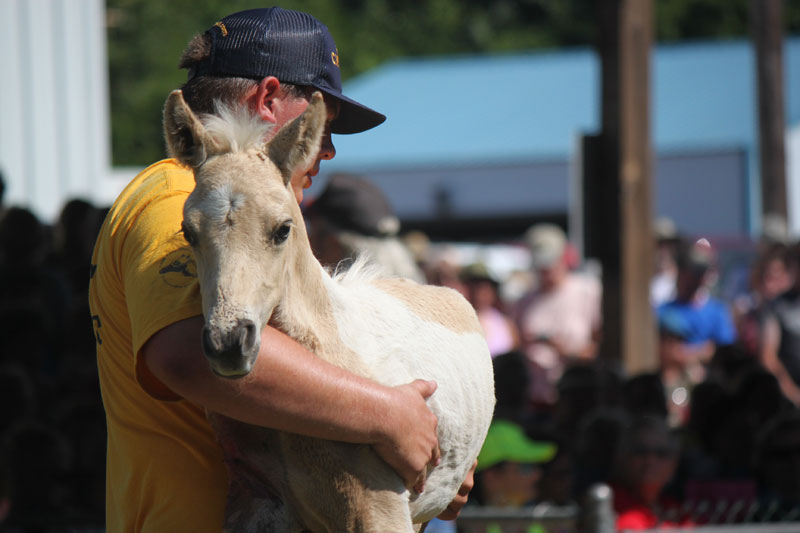 The group named the beautiful foal CLG Surfer’s Blue Moon. You can check out her picture and read more about her here where fellow author and Chincoteague pony lover Lois Syzmanski wrote about the foal in a regional Maryland newspaper, the Carroll County Times. Sadly, I had to leave before I was able to snap any pictures of this foal at the auction, but I did get some pictures of other adorable foals at the auction that day. Enjoy the cuteness! 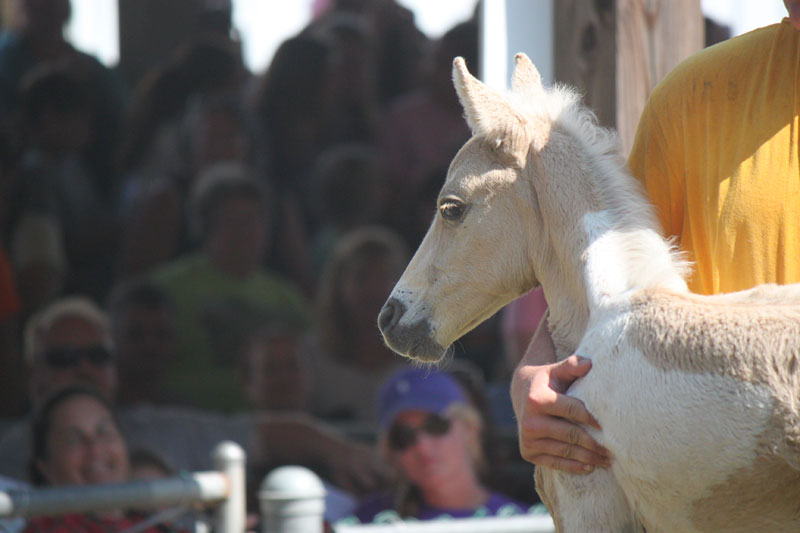 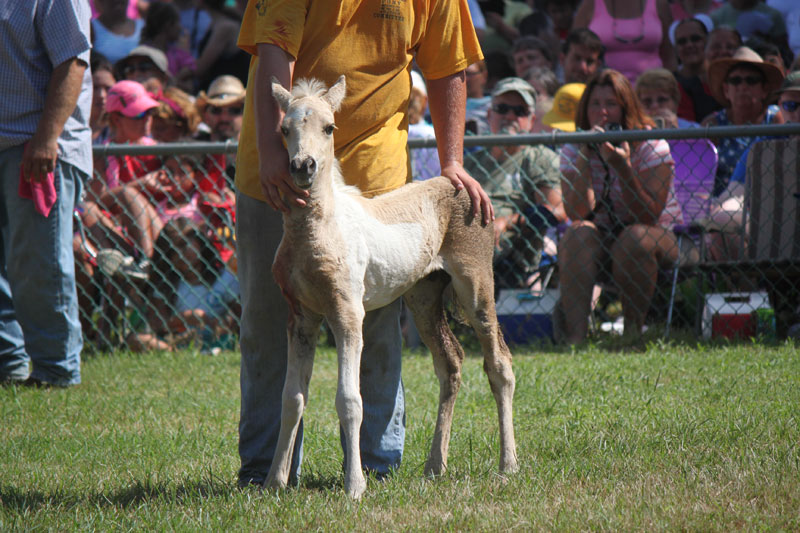 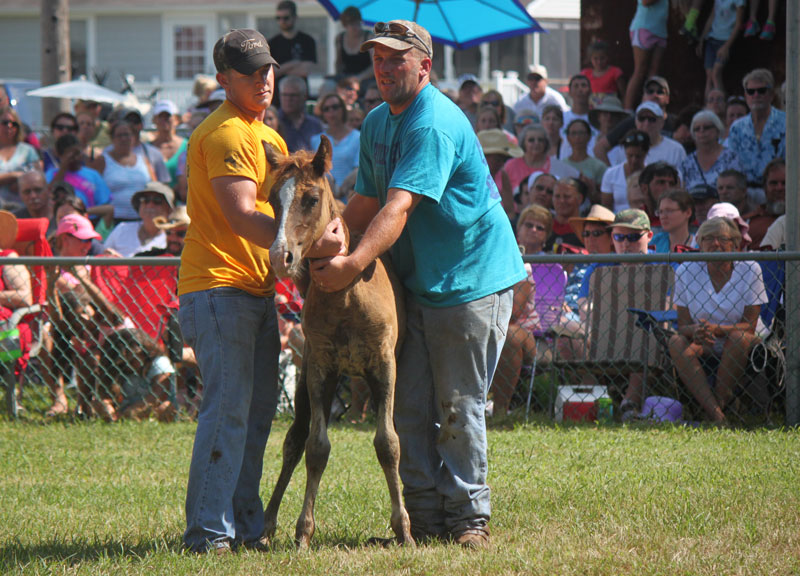 Arabian Horse and Camel in a Pas de Deux