Friends, we need help solving the disappearance of one of our buyback foals named Dreamer’s Faith. She was taken from…

Each year the Fire Company designates a few ponies, like the beautiful and iconic Dreamer’s Faith, as “buy backs.” These foals are auctioned for sale but return to Assateague Island to live wild. Sometimes they have been some of the highest-selling foals at the auction (I blogged about one this summer). Their buyers choose a name for the foal and have their names listed on the official registry.

“We have never encountered anything like this in 90 years,” said fire company spokeswoman Denise Bowden. To donate to the reward fund, please send a check to Dreamer’s Faith Reward Fund, CVFC, PO Box 691, Chincoteague Island, VA 23336.

The pictures of Dreamer’s Faith do not show her freeze brand of “15” on her left rump. To report information related to the foal, please call Corporal Tyler Greenly of the Chincoteague Police Department at 757-336-3155.

Fingers crossed for the quick and safe return of this baby! The following are some photos I happened to snap of her during the 2015 pony swim in July. 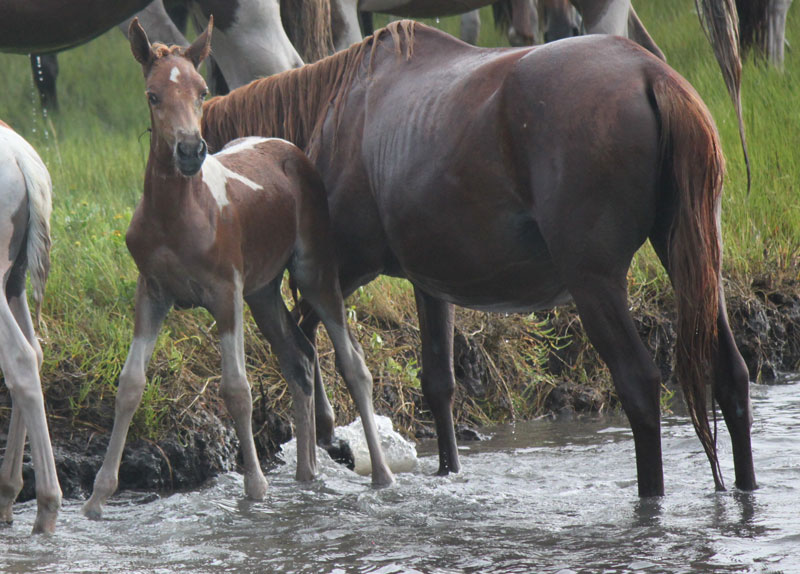 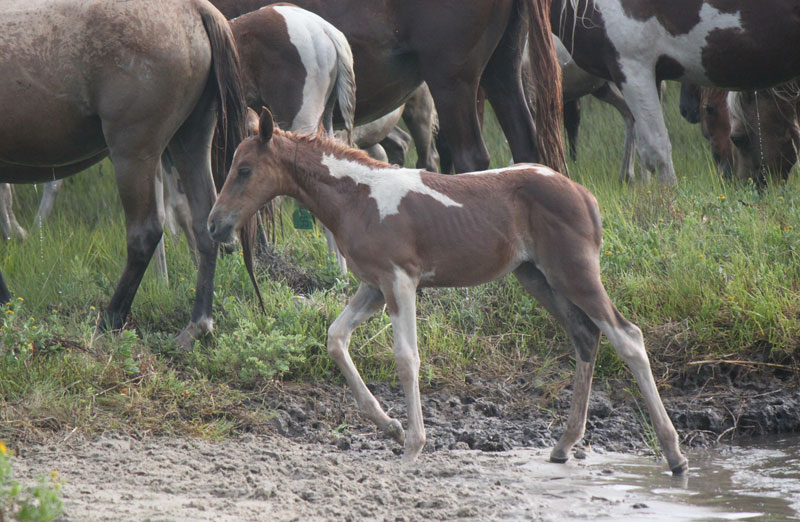 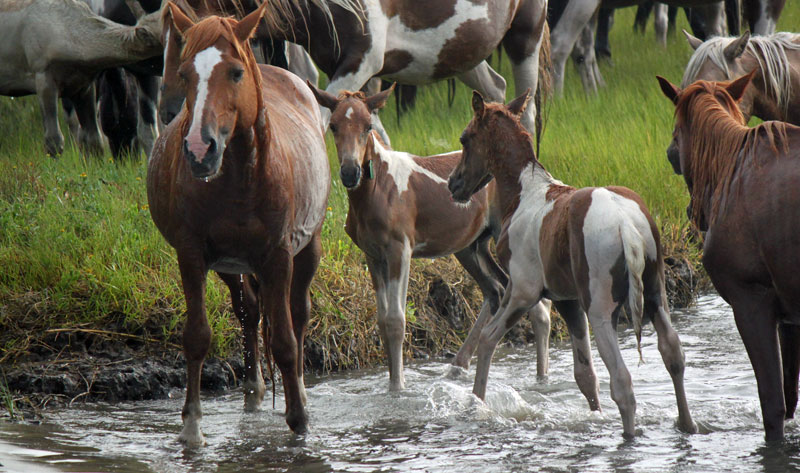 A Horse-Friendly Pub in England