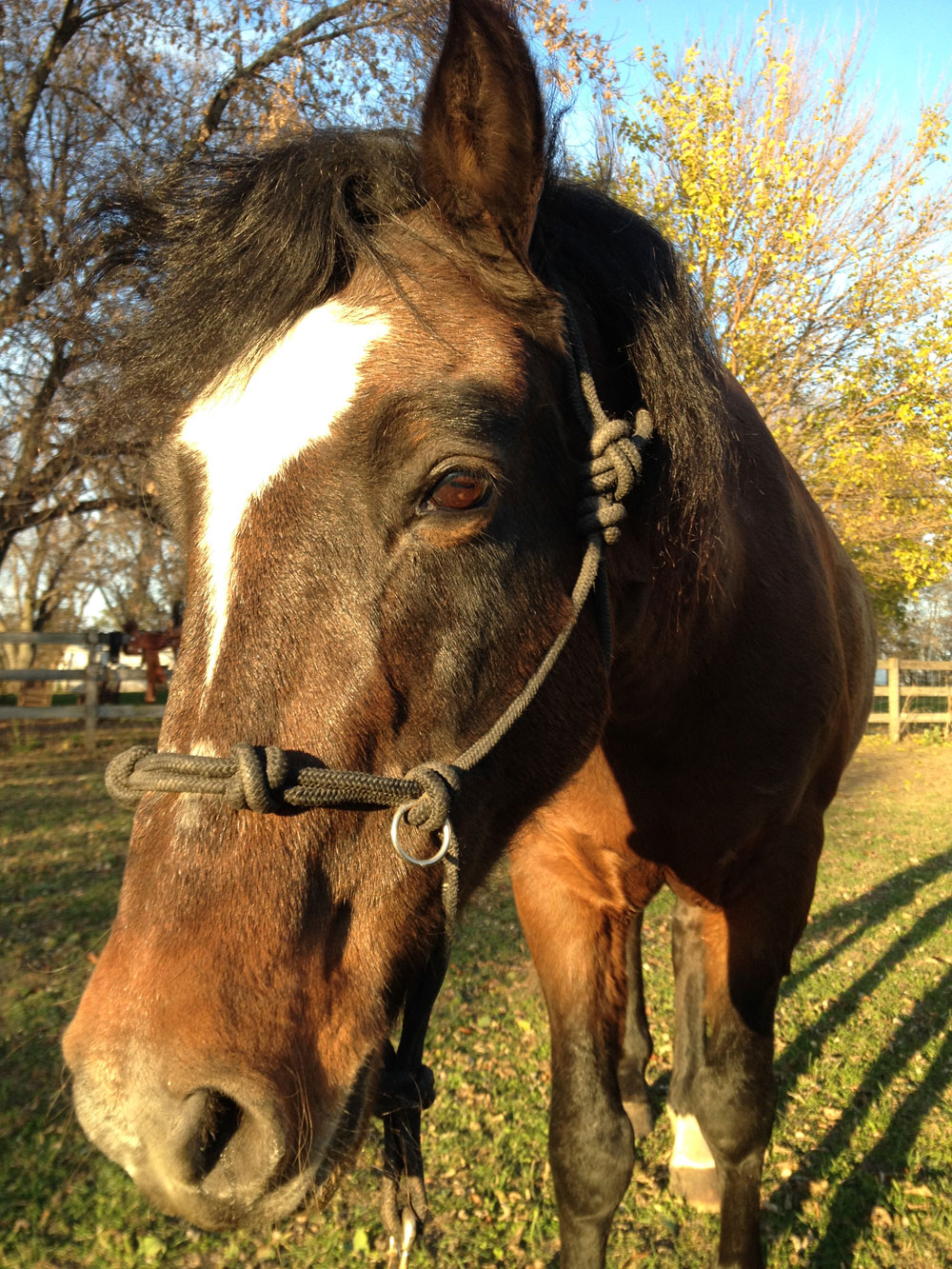 In 2009, author, horse trainer and attorney Mitch Borenstein met an “unfixable” horse that changed his life and challenged what he knew after 20 years of experience fixing the unfixable. He recently wrote a book, Last Chance Mustang, about the wild American mustang, Samson, and the twists, turns, and harrowing moments of their relationship, along with the hope that shined through as his friendship with the abused horse developed. 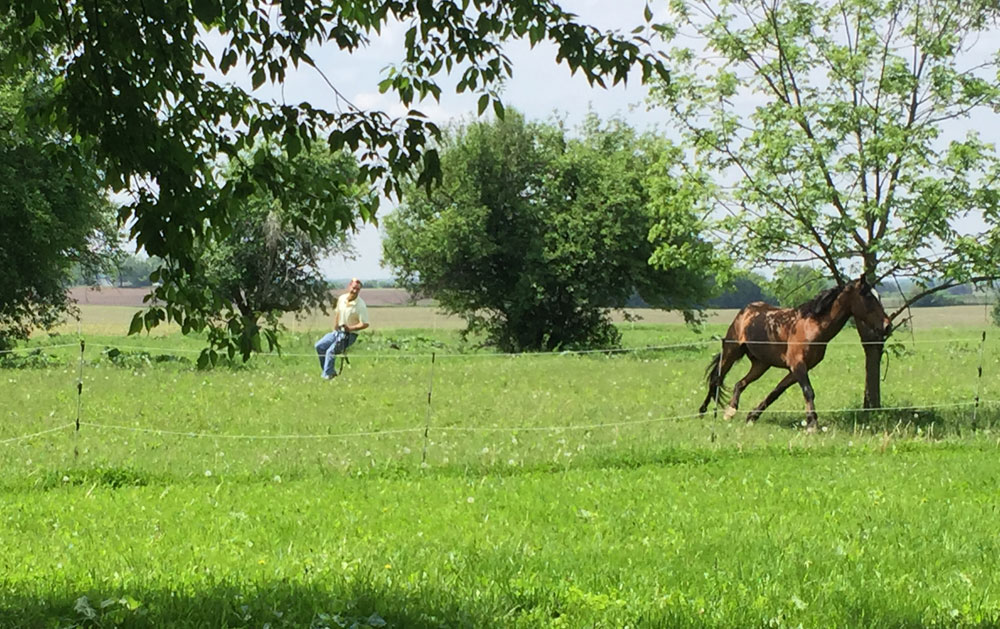 I talked to Mitch recently about his new book, and here’s a bit of what he had to say:

In the book, you write “For the first time in my career, I saw a little bit of myself in a horse.” Can you tell me a bit more about the connection between you two?

I think Samson’s just a tough nut to crack. The answer is complicated because he’s such a mix of personality traits and he’s hard to understand. I think that’s me to a certain extent. I’m intellectual, but I really like to be challenged. I like people who challenge me. That’s what was so interesting about Samson, here is this horse and he’s so unbelievably damaged. You could take trainers from any discipline and I would bet that most of them would say, “I don’t know what’s going on here, but it’s something really bad.” It was that profound. Horses as you know are social creatures. But Samson was anything but social. He has evolved a little bit, but five years ago, the world “social” was not in his vocabulary. But he was willing to give me a shot. He was so damaged. On one hand, he was like “leave me alone,” and on the other hand, there’s a twinkle in his eyes that says, “Sure, I’m game, but just remember this was your idea.” That grabbed at me, and he’s still like that today. 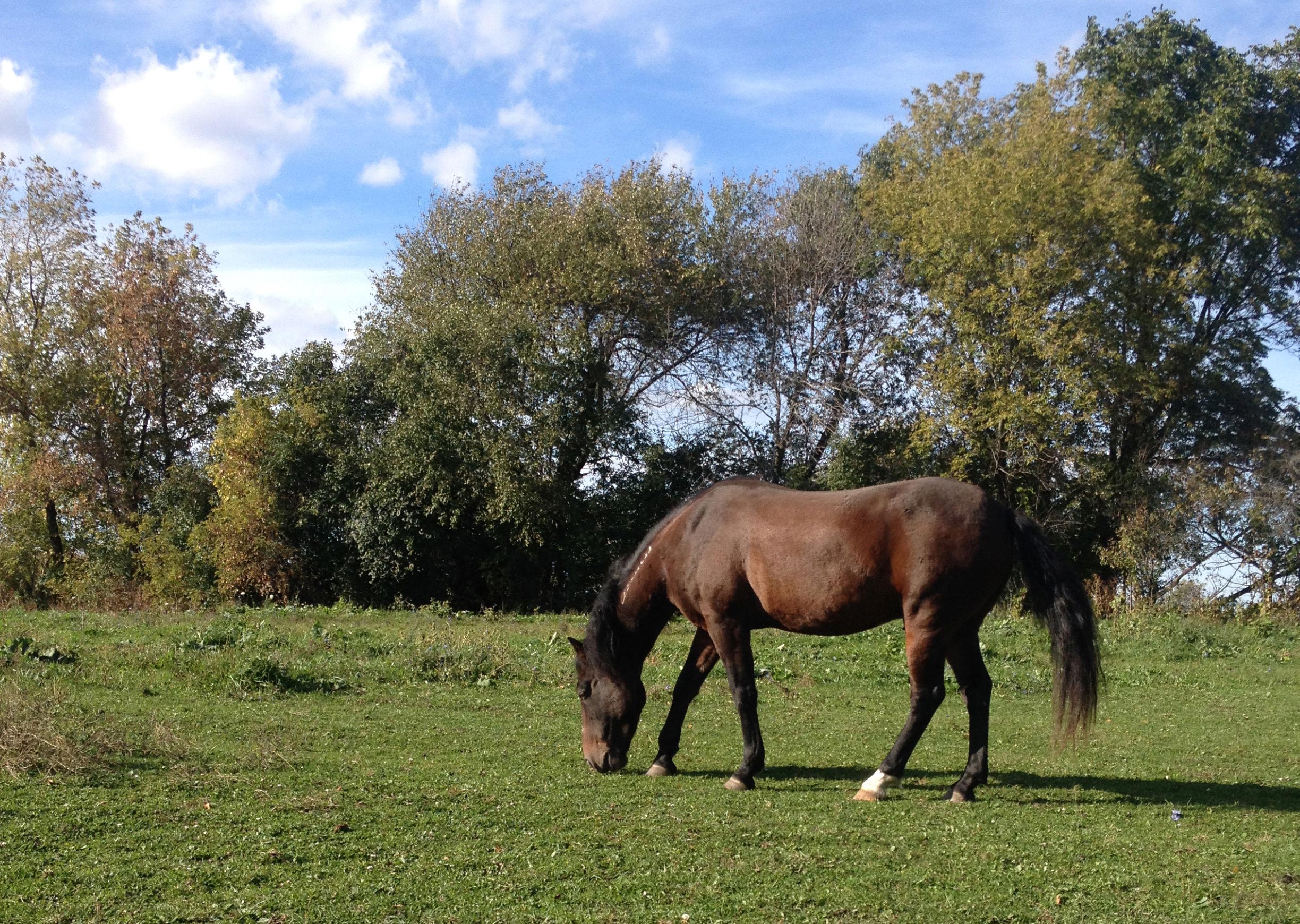 I love the section where you refer to Samson to a “defendant.” How has being an attorney shaped you as a horse trainer?

It’s probably more the trainer aspect of me has shaped the attorney. And the attorney neutral component of me does not come into play here. I have no tolerance and no patience for abuse. Listening to all sides doesn’t work for me in these cases. I have sadly come across a lot of abuse in the last 20 years of training difficult horses. Even benign abuse is an issue for me – like the person who says he had to stop feeding for a couple of weeks. I get it that times are hard, but there are resources that can help. Ask a neighbor to front you a few bales. Don’t tell me you stopped feeding your horse because it made life easier for you. And then those with abusive training methods. There’s no part of me that says, “I understand where you’re coming from.” I just don’t. I have trained hundreds of abused horses. You can’t convince me that those techniques are necessary. I’m not neutral about that. I feel for those people, and certainly if someone comes to me with a horse that was abused in the past, I don’t hold them accountable. But I don’t have a ton of tolerance for people who are abusive to their horses. If you’re going to be abusive, don’t own an animal. 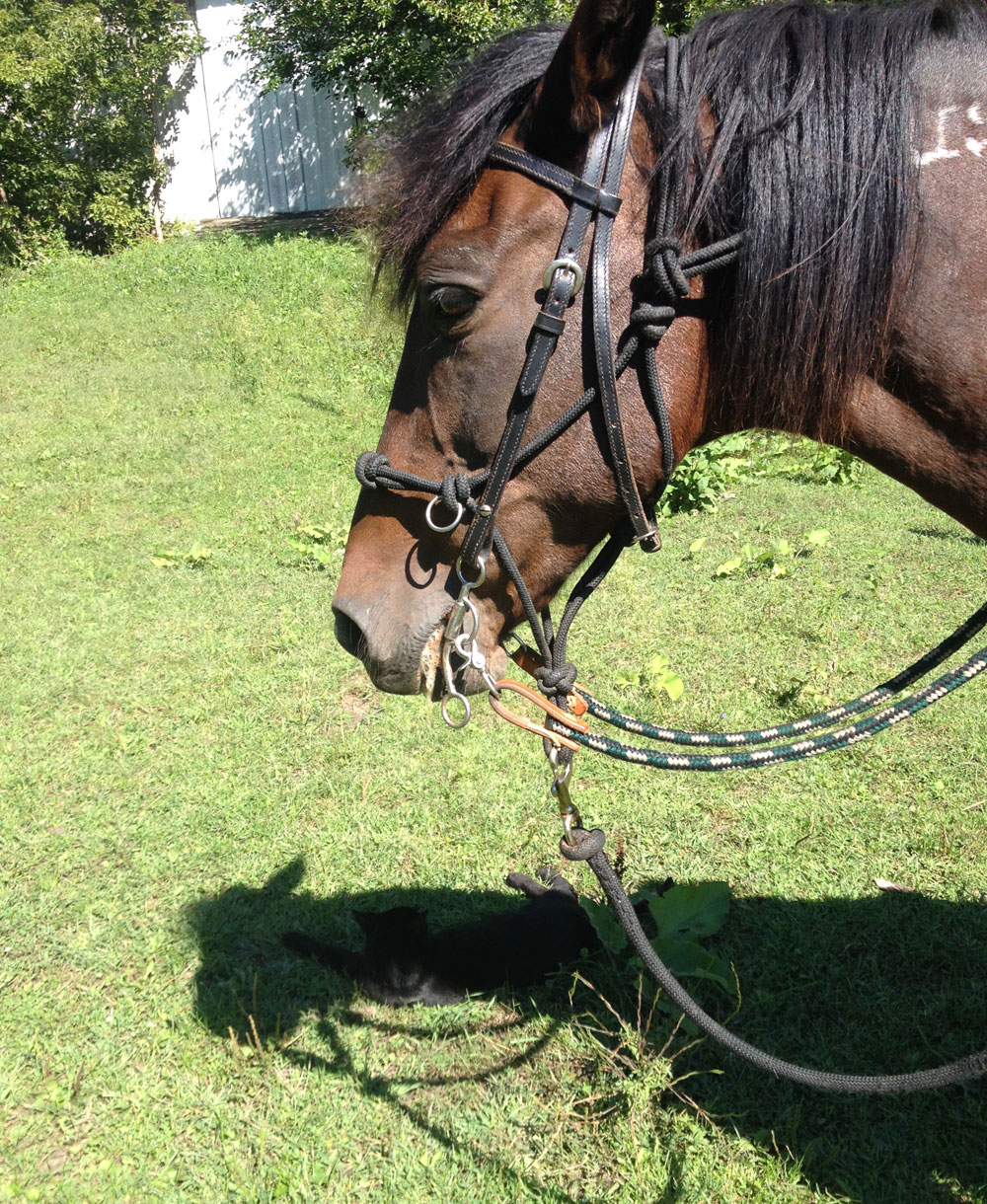 What’s your training advice for the average horse owner?

The most important thing, and I touch on this in the book, is that you have to start with a level of understanding or empathy. Maybe the most important part is the understanding. If you have a horse that doesn’t understand something, take a step back and break it down. Don’t throw five maneuvers at a horse when he doesn’t even understand the first one. I always tell people, break everything down into components. Outline it. Like if you’re trying to teach your horse to pivot on the hindquarters, don’t immediately expect him to pivot on the hindquarters. Instead, break it into the smallest components. Like, what’s the start of the process? Putting some leg pressure on the horse and getting the horse to think a little, backing the horse a little. Ask yourself what things you’re looking for and what small parts you can teach. Don’t get aggravated and frustrated; it only causes a problem with the horse. Animals have good days and bad days, and sometimes they just don’t want to go with the plan. You have to be willing to work with that and understand that putting more pressure on at the wrong time might have the opposite impact of what you’re trying to do. 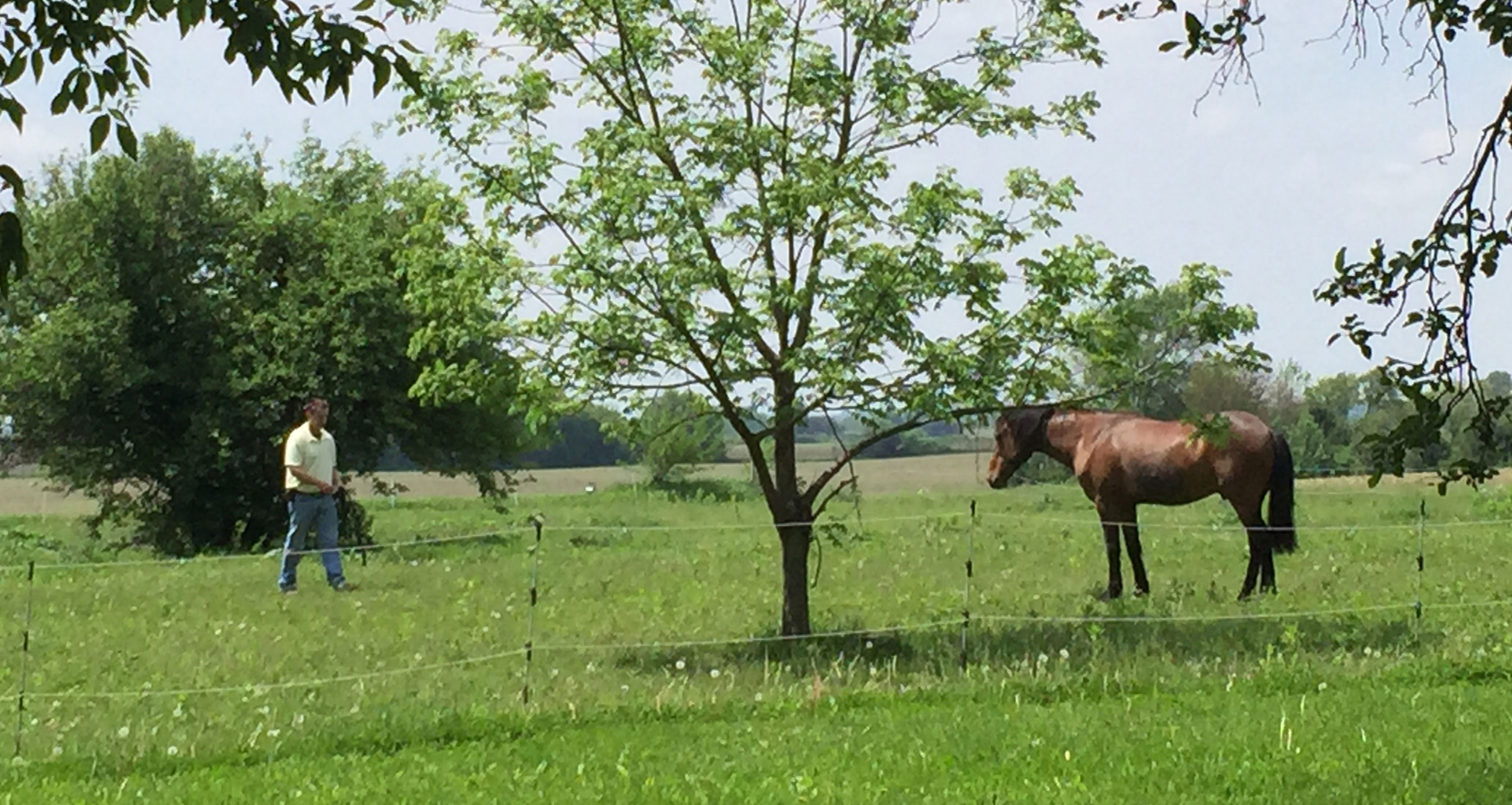