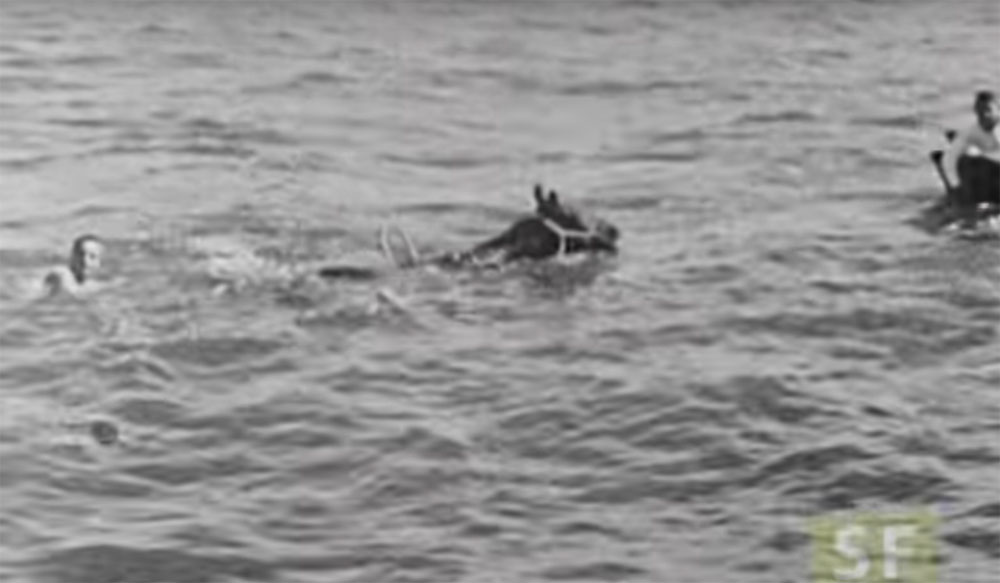 I’ve been distracted this week researching the history of San Francisco’s Golden Gate Bridge for a story I’m working on. There’s so much I didn’t know, like the seriously death-defying acrobatics that were required to actually build the iconic 1.7 mile-long suspension bridge back in the 1930s and, like, that an ostrich escaped from a cargo van in 2005 and caused a major traffic tie up.

Of course, for me, all roads lead to horses. Three horses came across my desk while I researched the bridge:

1. There was a horse and rider who that crossed the bridge on the day it opened in 1937. It was the first and only horse to ever cross on foot. There were also throngs of pedestrians, runners and two girls on roller skates.

2. In 2009 a guy on a horse tried to cross the bridge leaving Marin County and heading toward the city. He was stopped by police, escorted off the bridge and made to call someone with a trailer for a ride.

3. This poor horse. The year after the bridge opened, a horse named Blackie made history for swimming the deep, cold, churning Golden Gate Strait (the narrow opening in the land between the Pacific Ocean and the San Francisco Bay that the bridge is named after) on a bet made by his owner. Blackie, whose owner claimed the horse loved to swim, swam for his life, reaching the other rocky shore in just over 23 minutes. The horse towed his owner, who couldn’t swim, the whole way across. You can check out some old-timey footage of this tolerant, strong horse—with Alcatraz Island in the background—in the video below.

Check out more details about Blackie here. I’m just glad he didn’t run into any humpback whales, which can be seen traveling, on occasion, near the bridge, too.