When busy attorney Sigrid Haines set out to adopt a horse, she knew exactly what kind she wanted. “I’ve been riding on and off most of my life, but in my most recent lessons, I found myself wanting to spend more time with the horse and less time on the riding,” says Haines. “I have a stressful job and I just wanted to play, so I kept wanting to get off to interact with the horse in a different way. I deliberately set out to adopt an unrideable horse.” 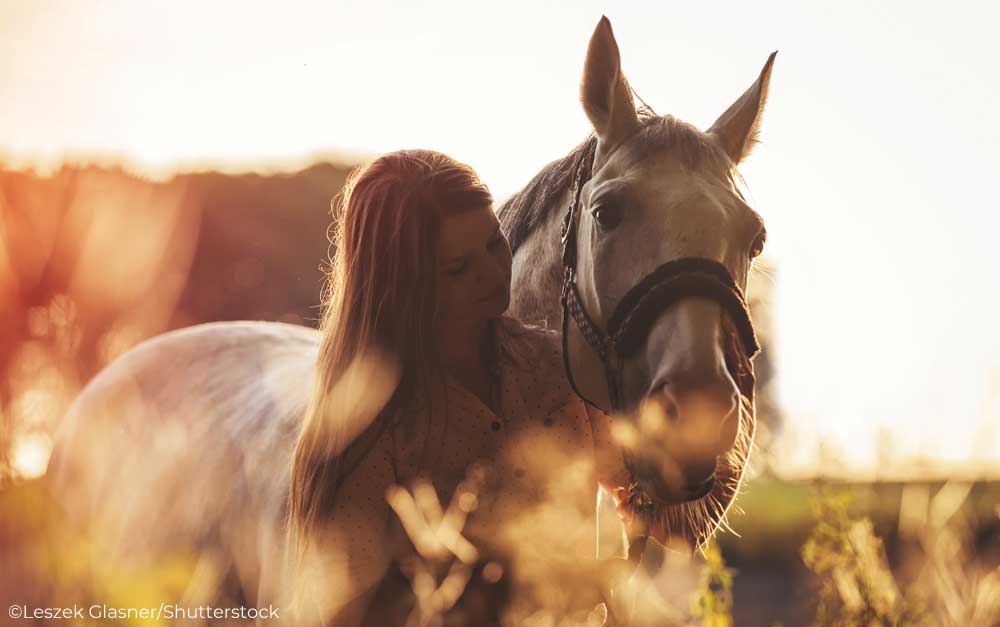 In fact, over the years she adopted five of them: a pair of retired therapy horses, Harpo and May, plus Nicky, Santana and Mocha, adopted through Days End Farm Horse Rescue (DEFHR) in Maryland.

“I have way more fun now than I did when I was riding,” says Haines.

Haines is among a growing number of horsekeepers who are acquiring horses that they never intend to ride, says Caroline Robertson, DEFHR’s director of development. According to Robertson, in 2018, 34 out of the organization’s 78 adoptions involved “companion” horses. That’s up from 17 out of 53 adoptions in 2017. Age and medical conditions rendered some of those horses unrideable, but Robertson also credits a new awareness with the interest in these horses.

“The uptick we are now seeing is due to an intentional marketing effort spotlighting these companion horses, making them more a part of the industry conversation around adoption as the preferred option,” Robertson explains. “The result is that the companion horses in our programs are finding a home sooner, so we’re now able to place more into homes each year.”

Meanwhile, non-ridden horses have been getting a boost on social media as well. In 2017, the UK-based Vicky Jayne Yates and her husband, Steven, established the The Non Ridden Equine group on Facebook to help owners of these horses connect, share stories, swap photos and exchange horsekeeping tips.

Within months, the group grew to more than 10,000 members and spawned affiliates in the U.S., including The Non Ridden Equine New England. All the groups are focused on promoting the value of horses that either cannot be ridden or that their owners will never ride for one reason or another.

“It doesn’t mean that people who have non-ridden horse can’t ride or never ride, but riding is not a priority for them,” says Gabriela Rodriguez Quinn, director of BlixxHorses, a non-profit that advocates for horses and their care, and founder of The Non Ridden Equine New England. “Caring for the horse is number one, and riding is number two.”

Quinn became a non-ridden horse owner after she purchased Blue, an off-track Thoroughbred. After riding him in various disciplines, she acquired Lexxie, an Arabian filly that has never been under saddle.

“I learned to pony Lexxie when I was riding Blue, and I’d take both horses for walks on the beach,” says Quinn.

Increasingly she realized that caring for her horses was more important to her than riding them.

According to Quinn, while members of The Non Ridden Equine New England range in age from their 30s to well beyond, they all share an interest in learning about their horses and how to care for them.

“More people are committed and educated regarding the horse’s needs and costs, and they are willing to make the commitment required to keep a horse in good care for life regardless of riding or driving status,” says Quinn.

Owners of non-ridden horses derive other benefits, too, according to Christine Massinger, a former lawyer and judge from Pennsylvania who now works as a licensed Parelli professional trainer in Florida. While many of her clients are equestrians, both mounted and non-mounted students all begin their training with ground work: working with the horse on a long line in a round pen or at liberty, where the horses respond to human cues and body language. The exercises are intended to help their human handlers develop a bond with the horses.

“Liberty allows people to bond with horses in a safe way, and it’s one of the ways the non-ridden horses bond with their owners,” says Massinger. “In fact, you can develop a deep spiritual connection [with the horse] that you can’t get in the saddle.”

People who engage in groundwork with their horses probably get more exercise than their mounted counterparts, says Massinger, and working with non-ridden horses also benefits people who have physical limitations of their own.

As a result, non-ridden horses have often been at the core of programs that focus on horses’ ability to solicit emotional energy in equine assisted therapy (EAT) clients. The horses are also finding a niche in programs aimed at corporate team building, says Jen Hall, founder of Zenerjen, a Florida-based firm that offers corporate executives, business owners and individuals the opportunity to enhance their relationships by working with her trio of rescued non-ridden horses.

“People need to stop looking at horses only as performance animals,” says Hall. She urges equestrians to go to the rescues and look at adopting the horses that have limitations. “Even if you don’t ride, you can still have a powerful relationship with the horse.”

Haines and Quinn are bringing similar messages to their communities. Quinn and her horses frequently walk the beach in her neighborhood, visiting with onlookers curious to touch the horses and learn about their handling and care.

“Some people have never seen a horse on the beach before,” she says. “People see us [taking our walks] and sometimes join us. We want to help people learn about horses.”

She has also brought her horses to visit patients at a local chemotherapy infusion center so they can pet the horses and forget for a while about what they are going through. She also plans to involve her horses in a local EAT program for veterans.

“We show off our new little tricks to the other boarders, and my friends come out to visit,” says Haines. “In the spring, a senior citizen community is sending a busload of residents out, and we’ll put on a show.”

Ultimately though, Haines believes non-ridden horses have enriched her own life.

“I decided I was done with riding, but I still wanted to be around horses, and I have way more fun now than I did when I was riding,” she says. “It’s a joy to make another creature happy, and I get back more than I put into it.” 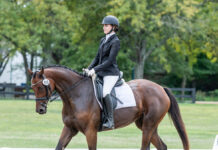 Kids Helping Horses: How Kids Can Make a Difference for Horses...