Thousands of years ago, a very special breed of horse lived in the deserts of the Middle East. This horse stood by the Bedouin fires at night and carried riders through the arid landscape by day. They were the most treasured possessions of these ancient nomads. 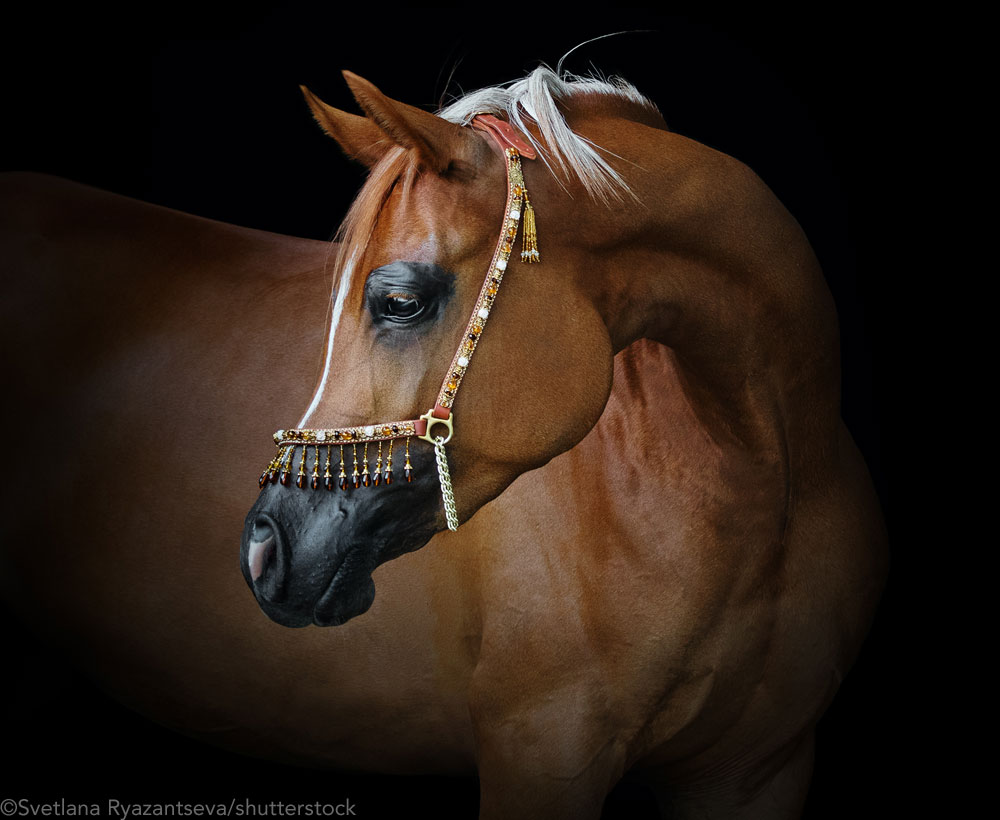 This very special horse, developed in the harsh landscape of the Middle Eastern desert, went on to become the most influential breed in human history. Cherished by warriors and noblemen alike, the Arabian horse not only survived through the centuries, but thrived.

Today, the Arabian horse can be found throughout the world, made up of differing strains that developed in various geographical areas, capable of performing a variety of different jobs. Everywhere the breed can be found, it’s known for its endurance and versatility, no matter what the discipline.

Arabian horses are known for their great athleticism, and this trait is most evident in the Arab sport horse. Dressage in particular is one of the sport horse disciplines where they excel. Their graceful carriage and propensity for collection make them naturals in this sport. 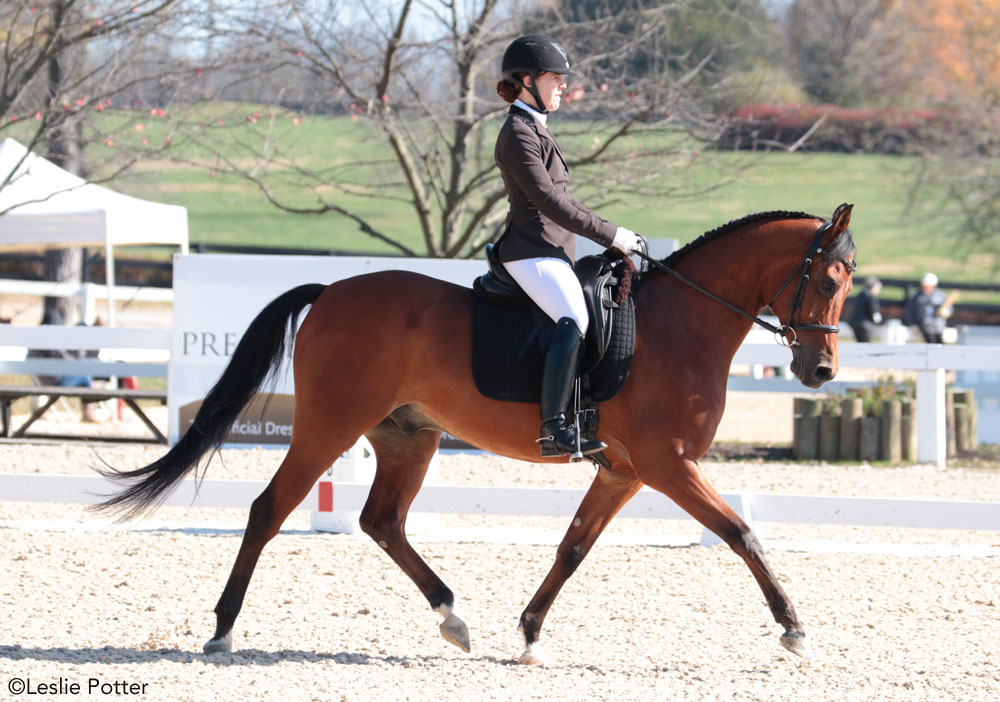 Arabians of this type carry a higher-set neck, with sufficient length and extension of the poll. Their movement is free, elastic, active and regular, with good push from behind without tension, and with a tendency toward uphill balance.

Arabians of hunter type carry a more level frame than the dressage type, yet they must display natural-looking carriage. Movement should show good ground cover and tend to be long and low, with good push from behind, free of tension and showing good balance. 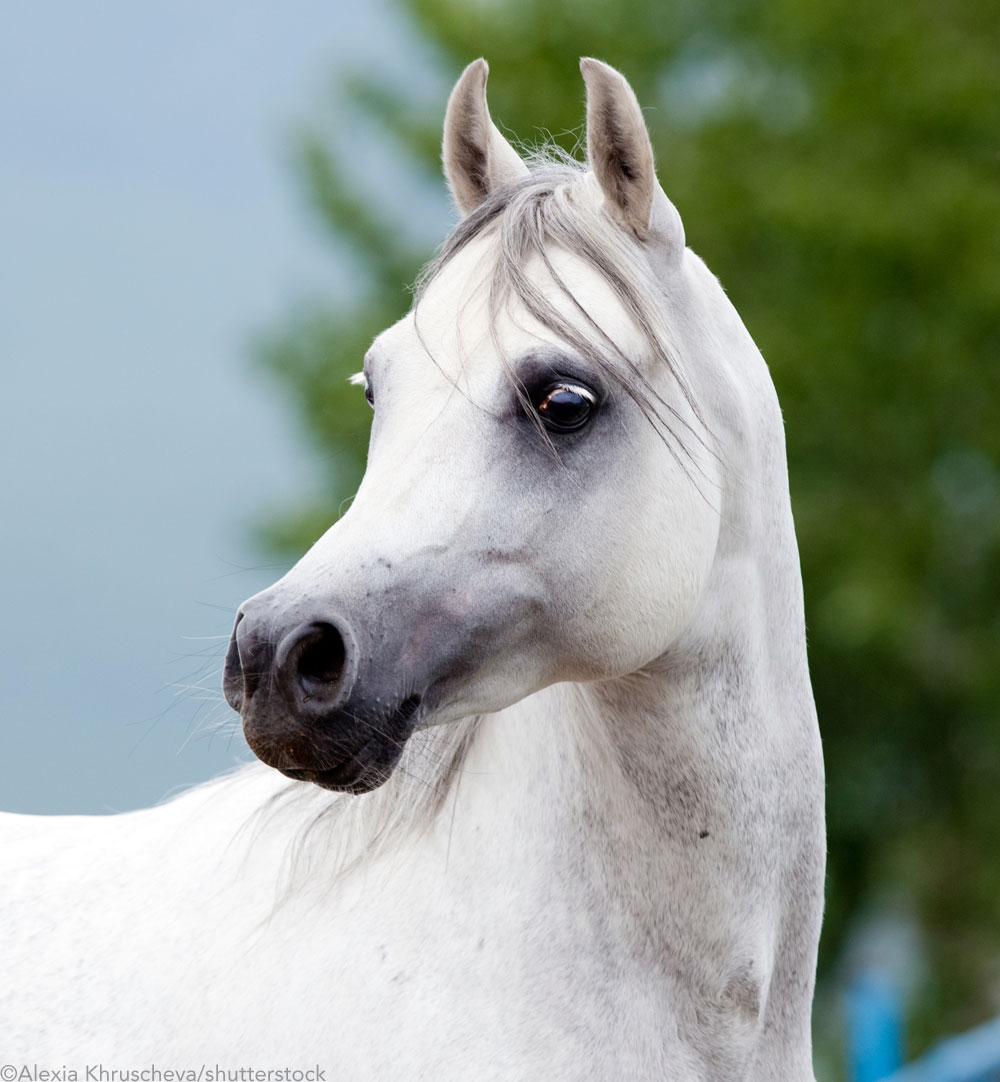 The Arabian Horse Association promotes the Arabian as a sport horse with its Sport Horse in Hand classes, which evaluate a horse’s suitability according to movement, conformation and general impression. Horses are judged 40 percent on movement; 40 percent on conformation; 10 percent on expression, manners and willingness; and 10 percent on quality, balance and harmony.

The tradition of racing has been part of the Arabian horse since the breed began. In fact, the three foundation stallions of the Thoroughbred breed were all Arabians. Today, racing is still a popular sport for Arabians, with horses from various bloodlines on the racetrack. Polish, Russian, Spanish, Crabbet and Egyptian-bred Arabians are among the most successful racehorses in the breed.

If there’s one discipline where the Arabian horse is king, it is the sport of long-distance competitive riding, with endurance being the most popular event. Arabians have long dominated this discipline, and it’s no wonder. They developed over thousands of years to travel long distances through a harsh desert environment. Every Arabian bloodline has been represented in long-distance riding competitions around the U.S.

The Super Bowl of endurance is the annual Tevis Cup, a 100-mile endurance race that takes place in Northern California each summer. This grueling and prestigious race has been won by a purebred Arabian or Arabian cross every year except for two since the event’s inception in 1955.

Bloodlines are important in the Arabian breed, and a number of strains have developed over time. Three of the most well-known are the Polish, Crabbet and Egyptian. Each strain developed in a different part of the world and has its own unique history.

Arabian horses came to Poland through war, when adversaries from the Middle East repeatedly attacked the country. The horses ridden by Mongolian, Tartar and Turkish foes found their way into Polish hands as prizes of war. In the Middle Ages, Polish stud farms were developed, and a distinct strain of Polish Arabians came into existence.

The Crabbet strain of Arabian began when 19th century British socialite Lady Anne Blunt and her husband Wilfrid Blunt went to the Middle East in search of fine horses to bring back to England. Lady Anne Blunt became a student of Bedouin bloodlines, and worked hard to maintain the purity of the Arabians she bred. Horses from her stud are known as the Crabbet strain, and can now be found all over the world.

A strain of Arabian called the “straight Egyptian” represents the blending of pure, undisputed desert heritage. The recent history of this strain begins with the Turkish ruler Mohamed Ali the Great, who led Egypt when it was a province of the Turkish Empire. 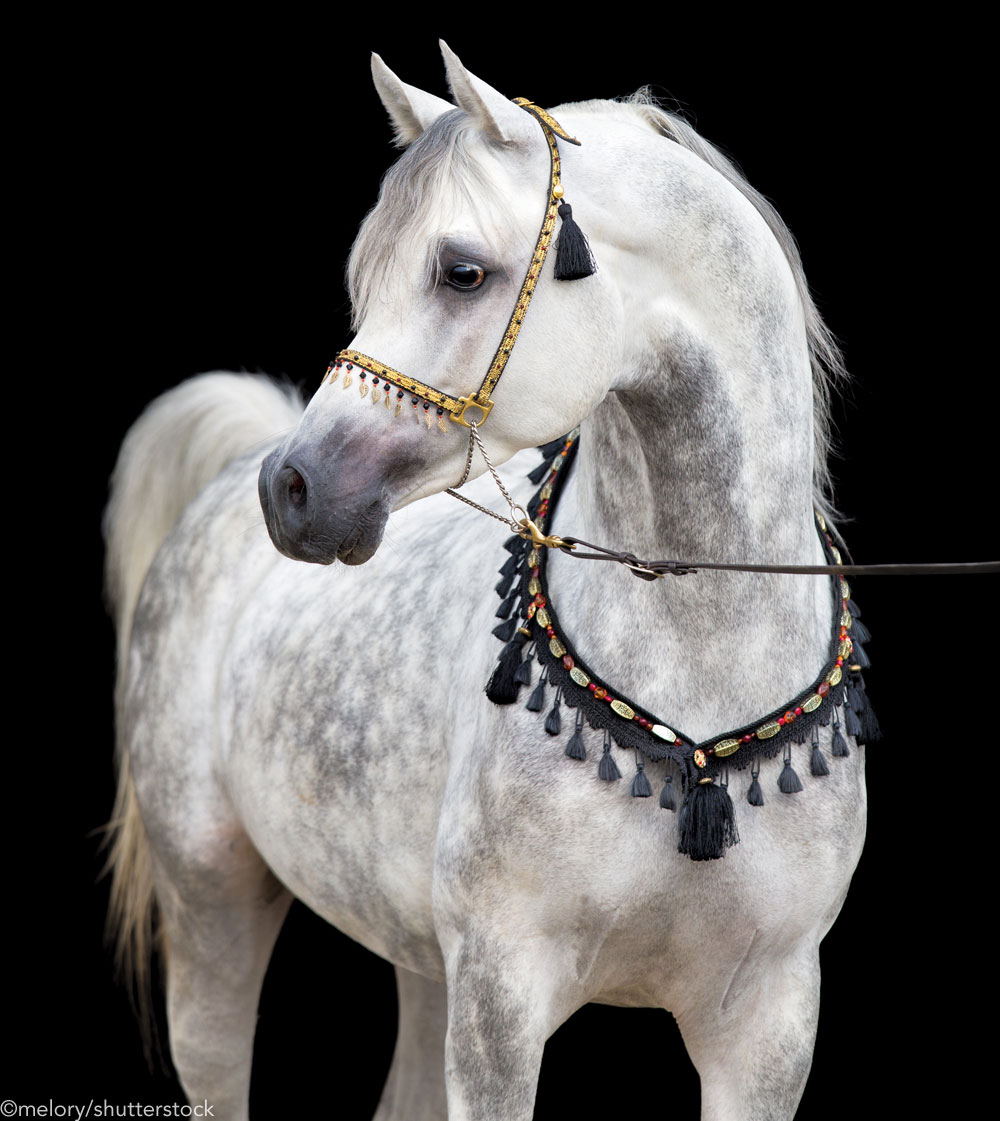 Mohamed Ali built palatial stables and gathered the finest desert horses in all the Middle East. This strain eventually found its way to America, and can be seen in many Arabian pedigrees in the U.S.

A Brief History of the Arabian Horse