Although best known as a movie star, newspaper columnist, philosopher, radio personality in the 1930s, Will Rogers was also a horseman. He was a roper, accomplished trick rider and polo player with a three-goal handicap. 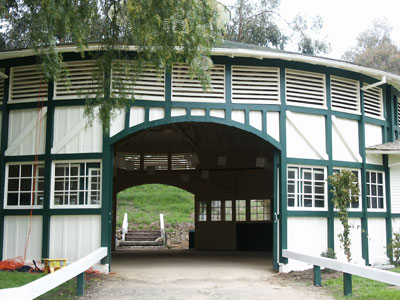 I learned to ride in the historic barn at his home, which is now a state park, and I have always felt his presence there–under the eucalyptus trees behind the barn, riding the chaparral-lined trail to Inspiration Point, or watching the polo ponies play on the field that was originally built in 1926.

I never met Will—he died in a plane crash in 1935 long before I was born. But I feel that I know him. Will, who famously “never met a man he didn’t like,” opened the door for me to learn to ride through his legacy. Today, visiting the barn always feels like a homecoming. My happiest childhood memories are there, next to his best horses Bootlegger and Soapsuds. 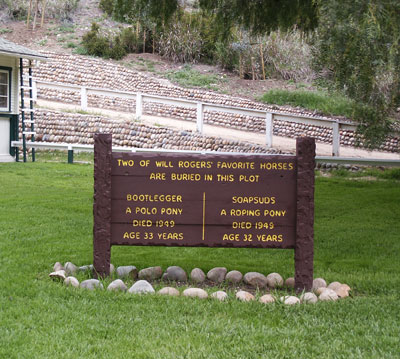 The presence of horses remains integral to the park, and it was an original condition of the ranch being given to the state in 1944. Although the horse issue has been contentious at times due to cost of upkeep on the property, environmental and historic preservation issues and concerns about elitism, an equestrian management plan was agreed on in time for the park’s rededication in 2006. 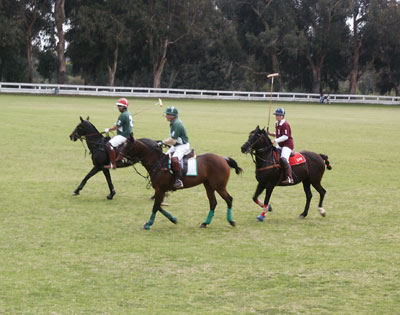 You can still go watch polo there on the only grass polo field in L.A. County, and there’s nothing stuffy or elitist about it. The park offers hiking, picnicking and a great outdoor getaway in the Santa Monica Mountains. It frequently makes the list of  recommended daytrips in the Los Angeles area.

But for me, it’s always been about the horses. Like Will, I’m at my happiest on horseback, and I have him to thank for the opportunity to ride in his hoofprints.

“There is something about riding down the street on a prancing horse that makes you feel like something. Even when you ain’t a thing.—Will Rogers

Visit the stable here and get park information here.