A few years ago, I was window shopping online for a new horse. I wasn’t in the market, but who doesn’t like to look and see what’s out there? While scrolling through the breed menu to select “Morgan,” I noticed a breed I’d never heard of: Mangalarga Marchador.

“What the heck is this?” I wondered. Clicking on the search option brought up zero results, so I was left wondering. Other than a short breed profile we ran in Horse Illustrated a few years ago, I hadn’t heard anything about the breed or even seen it mentioned since.

Fast forward to two weeks ago, and you’d find me boarding a plane to Belo Horizonte, Brazil, home of the Associação Brasileira dos Criadores do Cavalo Mangalarga Marchador, or ABCCMM. If your Portuguese is a little rusty, that’s the Brazilian Association of Mangalarga Marchador Horse Breeders. As Brazil prepares to host the FIFA World Cup next year and South America’s first-ever Olympics in 2016, the country is working to promote its products to the rest of the world. One of those products is the Mangalarga Marchador, and that’s how this humble equine journalist got an invitation to visit.

After a less-than-enjoyable journey through air-travel land, which included an unexpected eight-hour layover in Charlotte and the fun challenge of overcoming a language barrier to rebook a missed flight in São Paulo, I arrived in Belo Horizonte. Fortunately, getting there was the low point of the trip, and it got much better from there. I met up with Ricardo Xavier and Fabio Valela from the ABCCMM who introduced me to their beloved breed and some of the people who are committed to promoting it.
Here are some of the photos from my adventure. 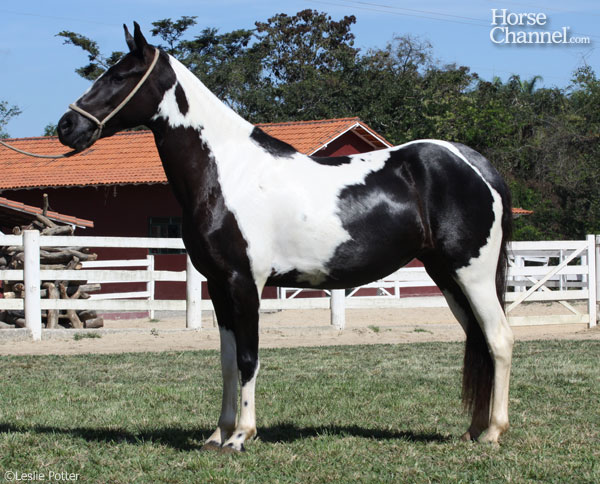 The Mangalarga Marchador comes in all colors, and black-and-white pintos are especially admired. 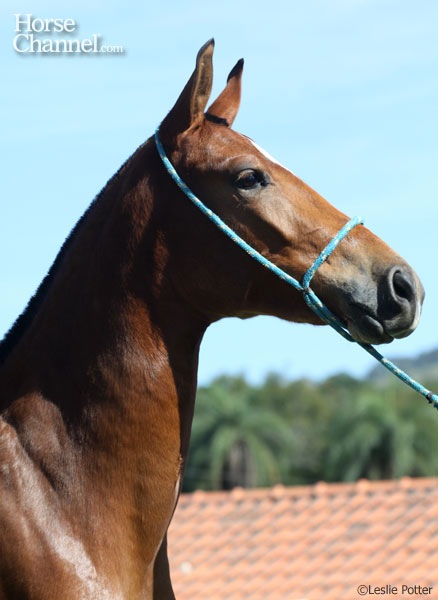 Mares and fillies have their manes roached as standard practice, with a tuft of mane left at the withers to provide a bit of natural padding. This is a tradition that likely comes from the Iberian heritage–Andalusian and Lusitano mares are traditionally trimmed as well. 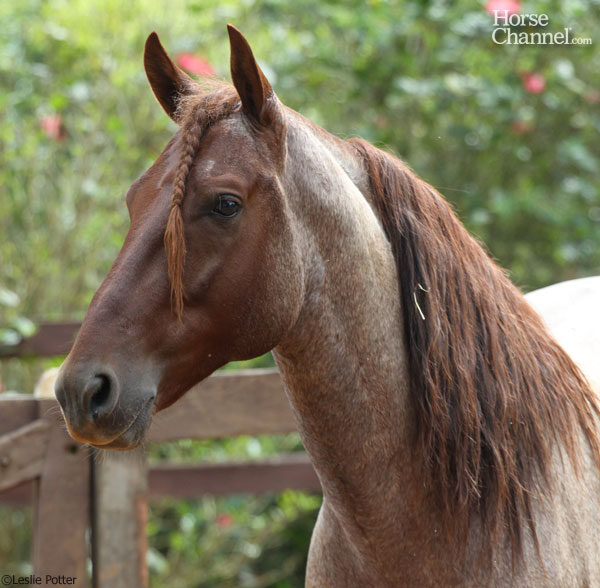 The long, natural mane means you’re looking at a male horse (a stallion, in this case.) Some stallions have their manes kept in long braids to prevent tangles. 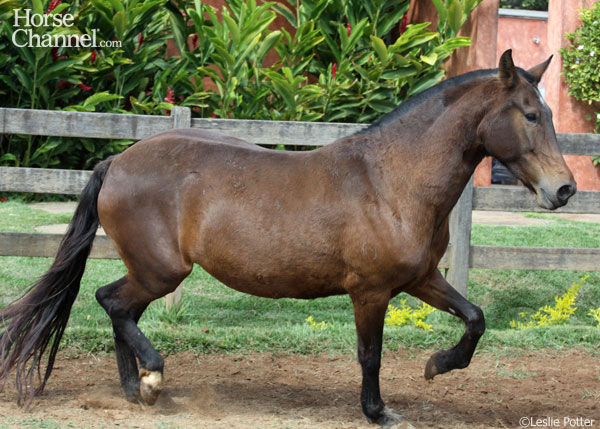 The hallmark of the Mangalarga Marchador is its gaits. Instead of a trot, these horses have two intermediate gaits: Marcha Picada and Marcha Batida. From the ground, it’s hard to see how the Batida is distinguishable from a trot, but its the split-second where the horse has three feet on the ground and the lack of suspension that make the gaits smooth and comfortable to ride. (The Picada is similar, but more lateral than the diagonal Batida.) 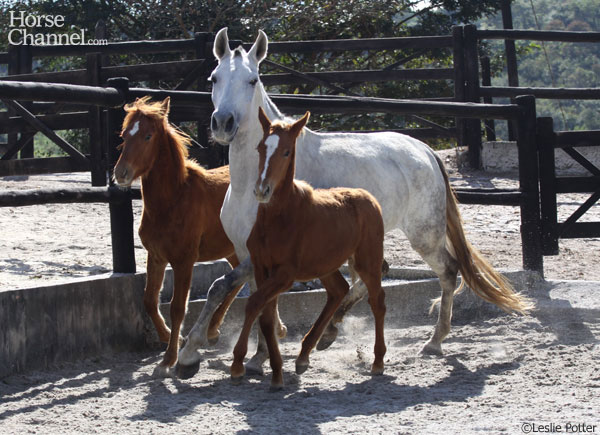 Good Mangalarga mares are highly valued, and embryo transfer is common on some of the larger farms. This allows a champion mare to have multiple genetic offspring in a single year. 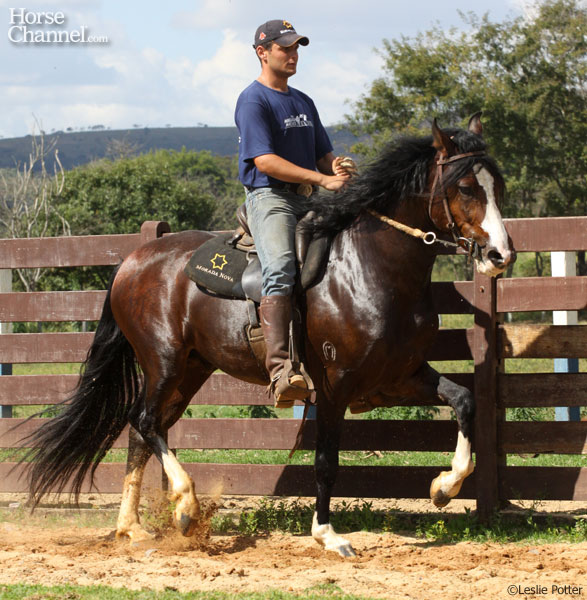 The national show is where Brazil’s best Mangalarga Marchadores compete for champion titles. The show takes place in July, so the farms were busy preparing during my late-june visit. This young stallion will be one of the contenders this year. 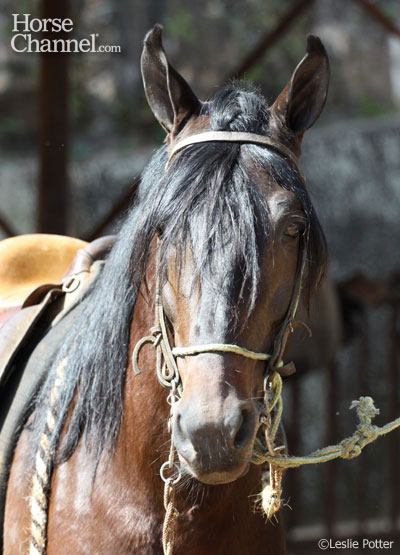 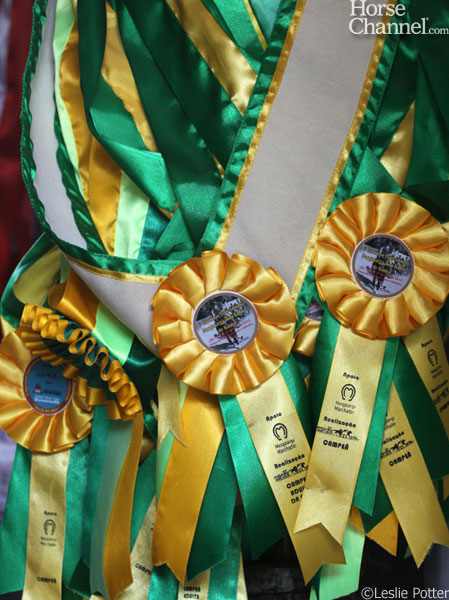 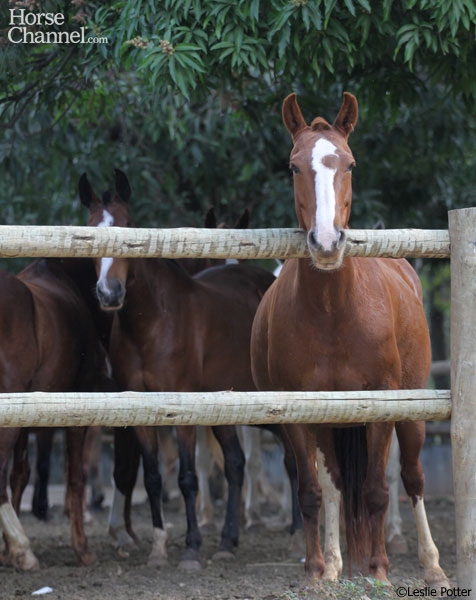 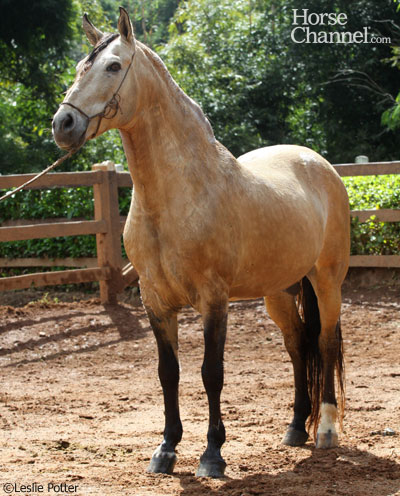 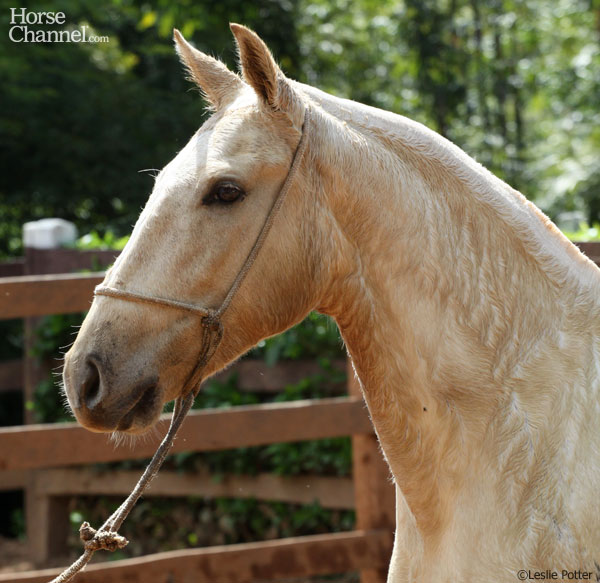 One evening, after returning to my hotel room, I turned on the TV and flipped through the channels to see if there was anything in English. I found something better: 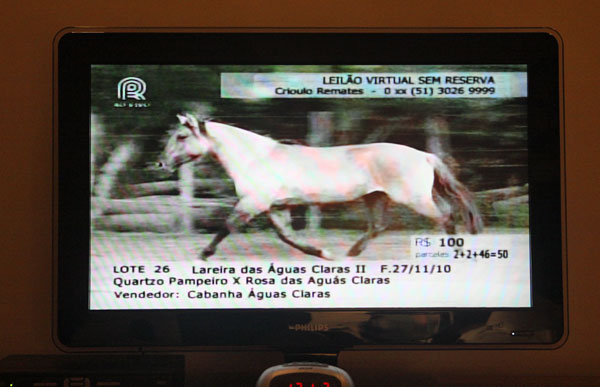 Yes, this is like QVC for horse shoppers. It was in Portuguese, of course, but from what I could tell it was a call-in auction program where viewers bid on horses being shown on screen. Do we have anything like this in the U.S.? It was new to me. I’m kind of glad I don’t have something like this. I might get myself in trouble with insomnia-induced late-night impulse buys.

In my next post, I’ll tell you more about what it was like to test ride some of the Mangalarga Marchadores.

An Equestrian Fan’s Guide to Tryon