Home Horse News The Near Side: Hunting Season 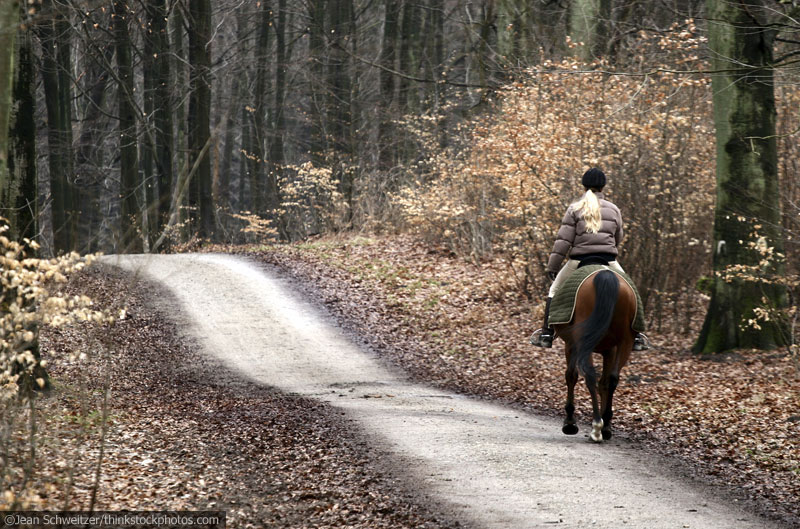 Somebody needs to get these two some bright orange gear.

When I was a kid, there was an incident where a woman was shot and killed by a deer hunter in her own backyard. She was wearing white mittens; the hunter mistook her hands for a white tail. I think I remember this incident clearly because it was a local incident that made national news (and also because we lived on the edge of a large wooded area at the time, and I remember my parents telling me not to wear white mittens.) The hunter was charged with manslaughter but the grand jury did not indict him.

So that’s a dark way to begin a blog post, but hunting season safety is a big concern for a lot of equestrians at this time of year, and incidents like this illustrate why. The hunter in question was said to be an experienced sportsman and an all-around stand-up guy. But he still made a grave mistake, costing an innocent person her life. There are lots of other stories about hunting season gone wrong, though more often it’s pets, livestock and horses that end up the victim of a hunter’s misguided bullet.

To be clear, I’m not against hunting. In fact, trail riders and hunters both share one major goal, and that is the preservation of wild lands for recreational use. When it comes to speaking out on behalf of wilderness, hunters are a powerful group, and I think we’d do well to join forces with them. But the nature of their activity makes it a dangerous one for anyone who happens to share space with them, and that’s a simple fact we have to live with.

The obvious solution is to avoid hunting grounds during hunting season. But, as demonstrated by the case of the woman in her own backyard, that’s not foolproof.

A member of Horse Illustrated’s Facebook community recently asked for ideas on how to keep her horses safe in the pasture during hunting season. I think this is a really important topic, so I wanted to share some of the replies here. Some of these can be used when your horse is turned out while others are specifically for riding during hunting season.

“I recently ordered a Tough-1 orange camo midweight blanket. I believe they do have plain orange. I am almost confident they have a sheet, too.”
— Kathy R.

“Bells. Orange reflective tape around throatlatch and legs. My mare is the color of a deer so I avoid riding in deer season.”
— Nikki H.

“I wear bright clothes. Bells on my saddle. I don’t ride around dusk or early morning.”
— Danielle D.

“Taping the perimeter can help. We put up signs within a few hundred yards of our house and pens stating that there is a house with children and livestock ahead.”
— Sabrina M.

“I cut up an orange hunter’s vest—they cost a dollar at most of the stores here—and braid strips into manes and tails. I post signs and list my land with the county as a no-hunting area. I am careful to keep old jack-o-lanterns out of the compost pile as they draw deer to the yard. Where there are deer, there will be bullets.”
— Patricia C.

“They make all different kinds of reflective gear for horses for riding on roads. You can also buy reflective tape at most hardware stores to put on their halters and tail wraps. Also, putting up reflective flags, poles and ribbon on fences and throughout fields can help warn hunters that it’s not an open field; it houses domestic animals.”
— Karlie H.

If you’ve got any other hunting season ideas, share them in the comments below. Stay safe out there. 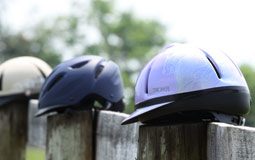