Home Equestrian Lifestyle The Near Side: I Never Asked Santa for a Pony 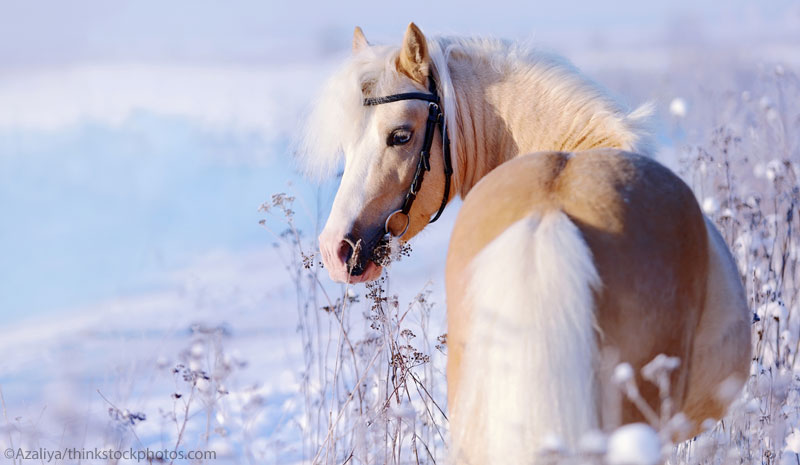 Despite being an equine-obsessed kid from somewhere around age six to, well, the present, I never asked Santa for a pony. I’m sure I had nothing against ponies. I bet I would have happily taken one if Santa had come up with the idea to give me one on his own. But as a child, I never really wanted a pony. I wanted a HORSE.

Now, as an adult, when I spot a pony, I’m filled with an emotion that I think is best described as delight. The tinier, fuzzier and generally more Thelwellian it is, the better. Never mind that I’m about 5’8” and really probably too heavy for even a large pony. The appeal of a pony at this time in my life is simply aesthetic. They’re just so cute.

All these things that I love about ponies now are why I think I wasn’t drawn to them as a child. When I was eight years old and first taking riding lessons, my equestrian idol was probably She Ra. I envisioned myself galloping along with a pristine, white horse like Swift Wind (wings and unicorn horn optional, but appreciated.) I’m sure I also would have accepted a black stallion. In either case, the horse of my dreams was breathtaking and majestic, not cute and fuzzy.

I mean, I already had a pet cat.

I wonder if I’m not alone in this. It seems to me that, as adults, we like to push cuteness on kids, because kids are (allegedly) cute. A tiny tot on a fuzzy pony is adorable, and that’s for our benefit as onlookers. Kids, meanwhile, want to be taken seriously and would probably rather be paired up with an equine with whom they can take on the world over one that will look cute on the Christmas card. But maybe I’m projecting.

I also wonder if there’s some sort of statistical trend where the further horses were from your reality, the more fantastical your idea of them was. Those kids who were in Pony Club and 4-H were probably quite happy to have a pony with which to participate in pony activities. Those of us who weren’t getting a horse any time soon, on the other hand, had no reason not to dream big. You weren’t getting the Black Stallion, but you weren’t getting Pudgy the Pet Pony, either, so why not indulge the wilder fantasy?

I finally got my first horse when I was 21. In a way, Snoopy is sort of a halfway point between the glorious horse I dreamed of when I was a kid and the fuzzy pony I now wish I could have had in my childhood. During the summer, he’s sleek with a coal-black coat that shines like a diamond. When the mood strikes him, he arches his magnificent neck and prances like the Morgan show horse he was bred to be. In the winter, he grows a fluffy coat that makes him look like a big teddy bear. He’s basically an overgrown Thelwell pony, though much better behaved.

I’m not asking Santa for a pony (or a horse) again this year. I’m pretty happy with the one I’ve got.