I love all horses, but I’ve always had a special place in my heart for Morgans. Like me, the breed is native to New England, and when I lived up there, I was figuratively surrounded by them. Maybe because they were so ubiquitous, I never really felt the need to get involved in the local Morgan horse club. There wasn’t any reason to seek out other fans of the breed. They were everywhere. 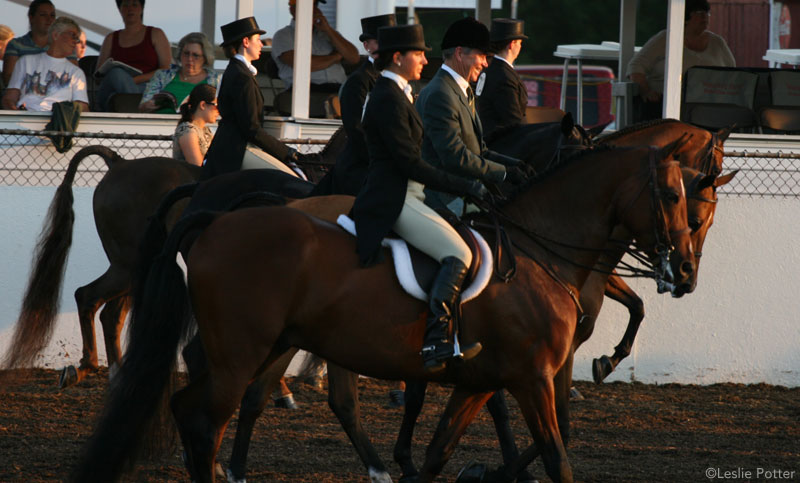 This photo was not taken in Kentucky.

There are a fair number of Morgans in Kentucky, according to statistics, but most of them must be hiding. The Saddlebred-oriented boarding barn Snoopy lived in when we first moved down here had one other Morgan resident (another recent arrival to the state) and through his owner, I got involved with a local Morgan club.

A horse is a horse, and of course you don’t need to find other people who like the same exact type of horse that you do, but it’s sort of nice. At the same time, being part of a local breed club in a locale where the breed is a very small part of the overall horse population is a struggle. Our club has few members and fewer truly involved members. I know there are a lot more Morgan owners around, but the question of how to get them to join us is one we kick around a lot, and never really come up with an answer. I have a few thoughts, though, about why people might own and love a particular breed, but not care to join that breed’s organization.

Those last ones are the people who I really think should join, especially if they’re into a breed that isn’t super popular in their region. Without a unified voice, it’s hard to convince the local shows to add or keep your breed classes. It’s more challenging to get a spot in the demos and expos where breed promotion takes place. You miss out on meeting someone who might be interested in buying or selling a horse that you’re interested in selling or buying. You lose a chance to connect with people who get your affection for something as seemingly arbitrary as a certain breed of horse.

Where do you fall? Do you care about your horse’s breed at all? Let me know in the comments, and if you are into Morgans and live in Kentucky, please do get in touch. Seriously.