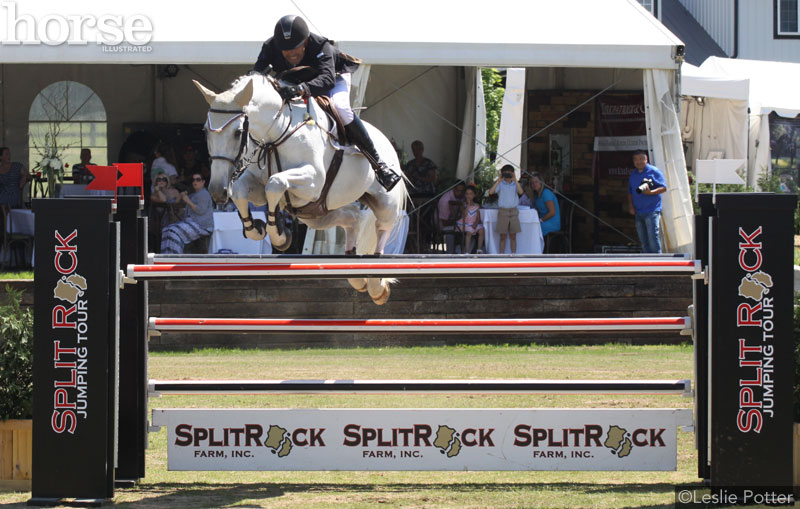 Here in Horse Illustrated’s hometown of Lexington, Kentucky, you can reliably go watch a horse show every weekend for most of the year. This is a double-edged sword, because while it means those of us who like horse shows always have an option for a weekend activity, it also makes it hard to drum up excitement for a horse show.

Nevertheless, locally based show jumper Derek Braun announced a new show series this year, designed to recreate European-style jumper shows. Unlike most of the shows we’re used to, there is only one ring and no hunter division. The show is meant to be a family event with music, food trucks, vendors and other, non-horsey things going on at the venue.

I went out on Sunday to catch the final grand prix of the weekend. The weather was beautiful and sunny here, and it occurred to me as I pulled into the open fields of Split Rock Farm that I had not remembered to put on sunscreen. Rookie mistake.

The seating next to the arena was mostly full by the time the first few riders took their turns. To be fair, there was much less seating at this show than at the Kentucky Horse Park’s stadium, but it’s nice to see full bleachers of any size at a horse show. There was also a VIP section on the opposite side of the arena, which appeared to be pretty well populated. Unfortunately, my invitation must have gotten lost in the mail, so I was left baking in the sun on the bleachers. Seriously, guys. Don’t forget sunscreen. 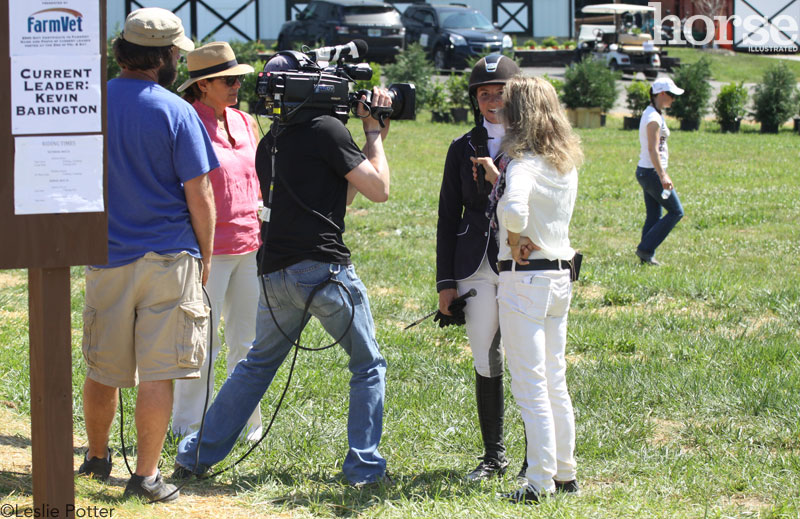 The show was broadcast on USEFNetwork.com (and you can go watch video on demand over there now.) Ringside interviews with riders after clear rounds added to the experience.

The grand prix attracted a sizeable field of international riders and some big names, including Charlie Jayne and Margie Engle. Engle went on to win the leading rider award at the show’s end. 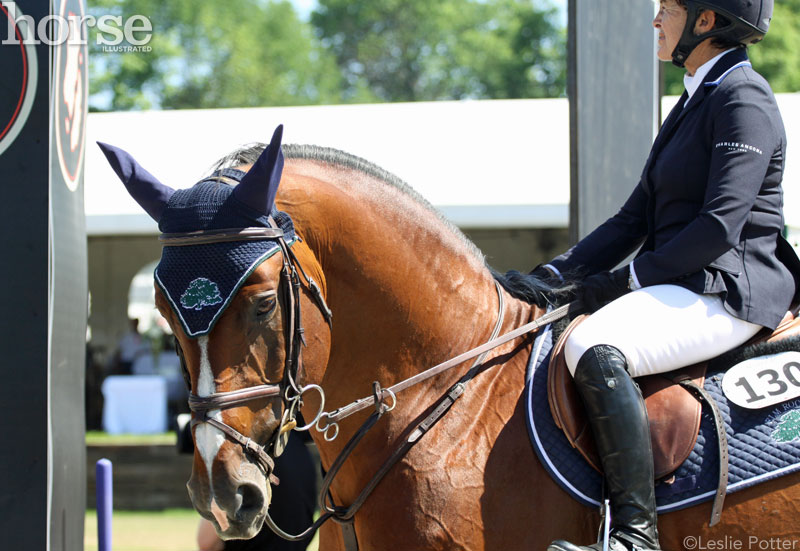 Margie Engle and 11-year-old Oldenburg stallion Royce await their turn in the ring. 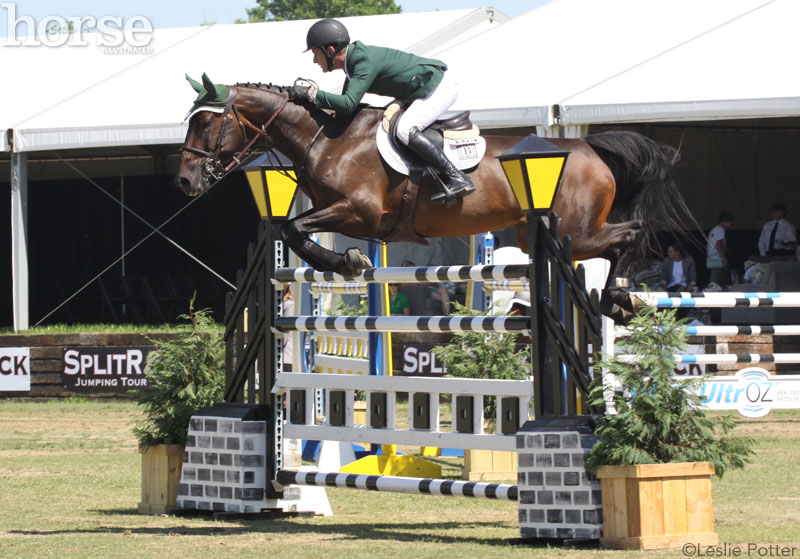 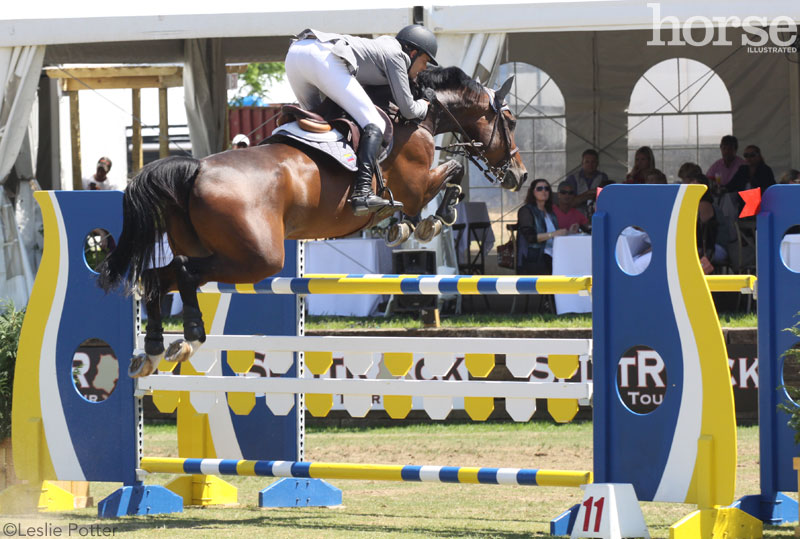 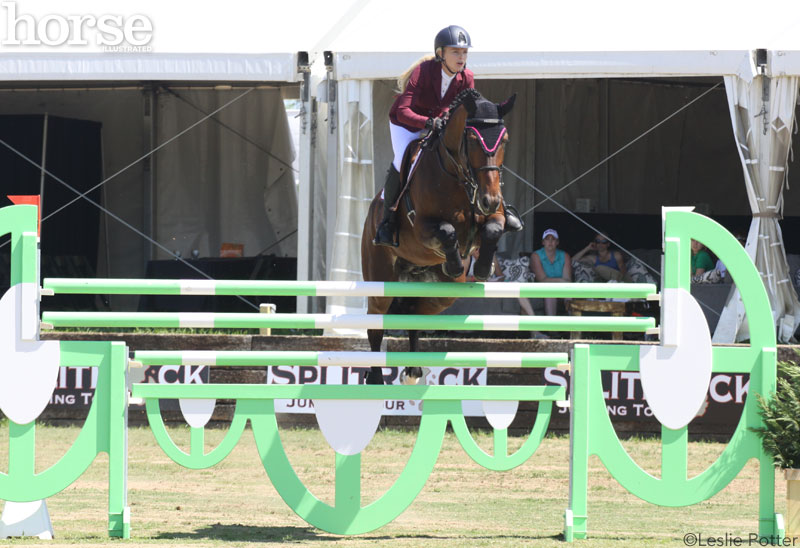 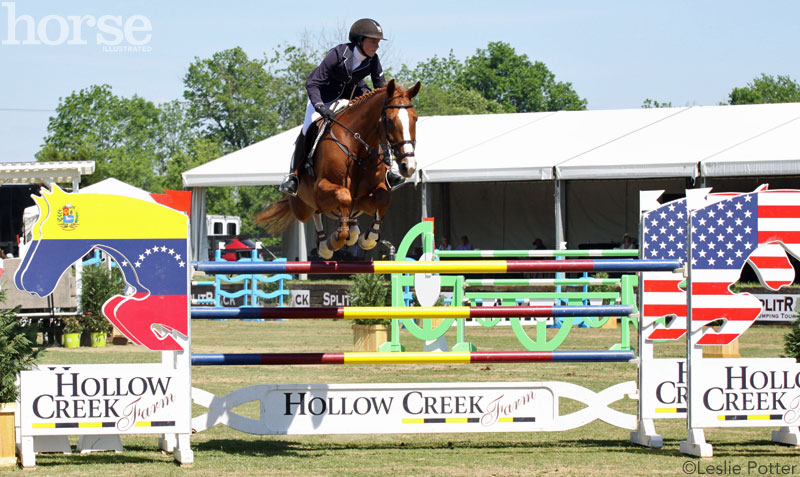 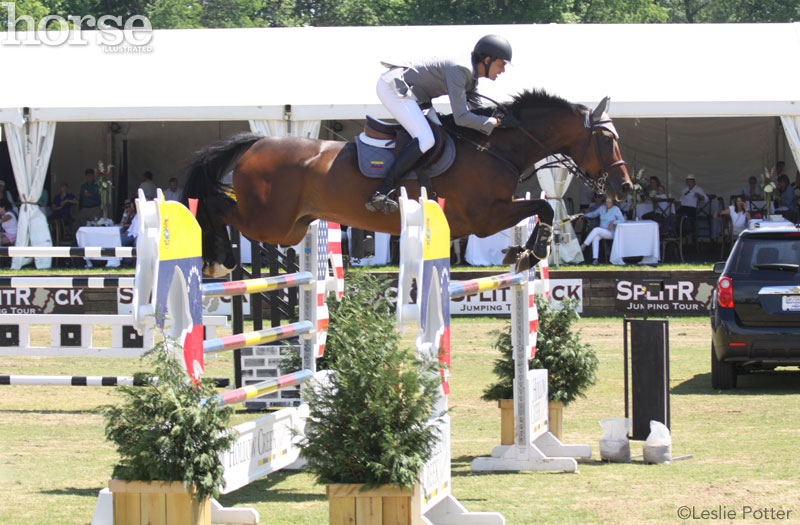 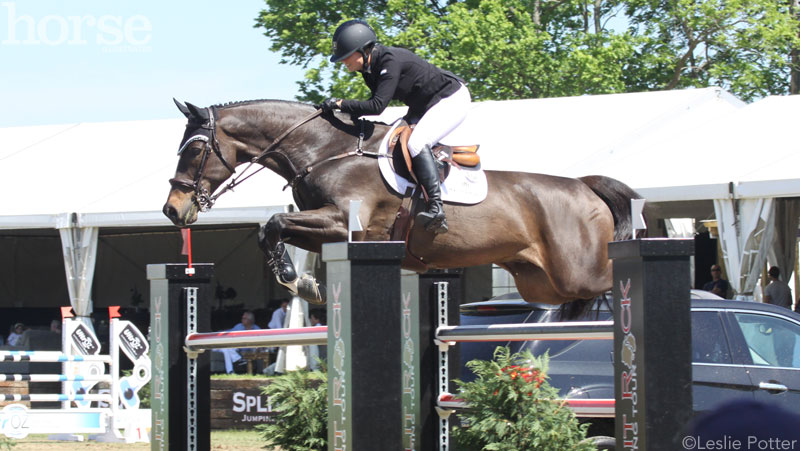 The next Split Rock show is scheduled for October with plans to expand the series in future years. I’ll plan to be there, but I’ll come prepared next time.