Home Equestrian Lifestyle The Perspective of a Pony Hugger

When contemplating how much you enjoy riding a particular horse, does the horse’s on-the-ground personality matter? There was a time I think I would have said no, but I’m rethinking this.

I usually ride one of two horses in my lessons. We’ll call them Pony and Horse. Pony and Horse are both pretty solid intermediate horses: not ideal for complete beginners, but safe and reliable for riders with some mileage. 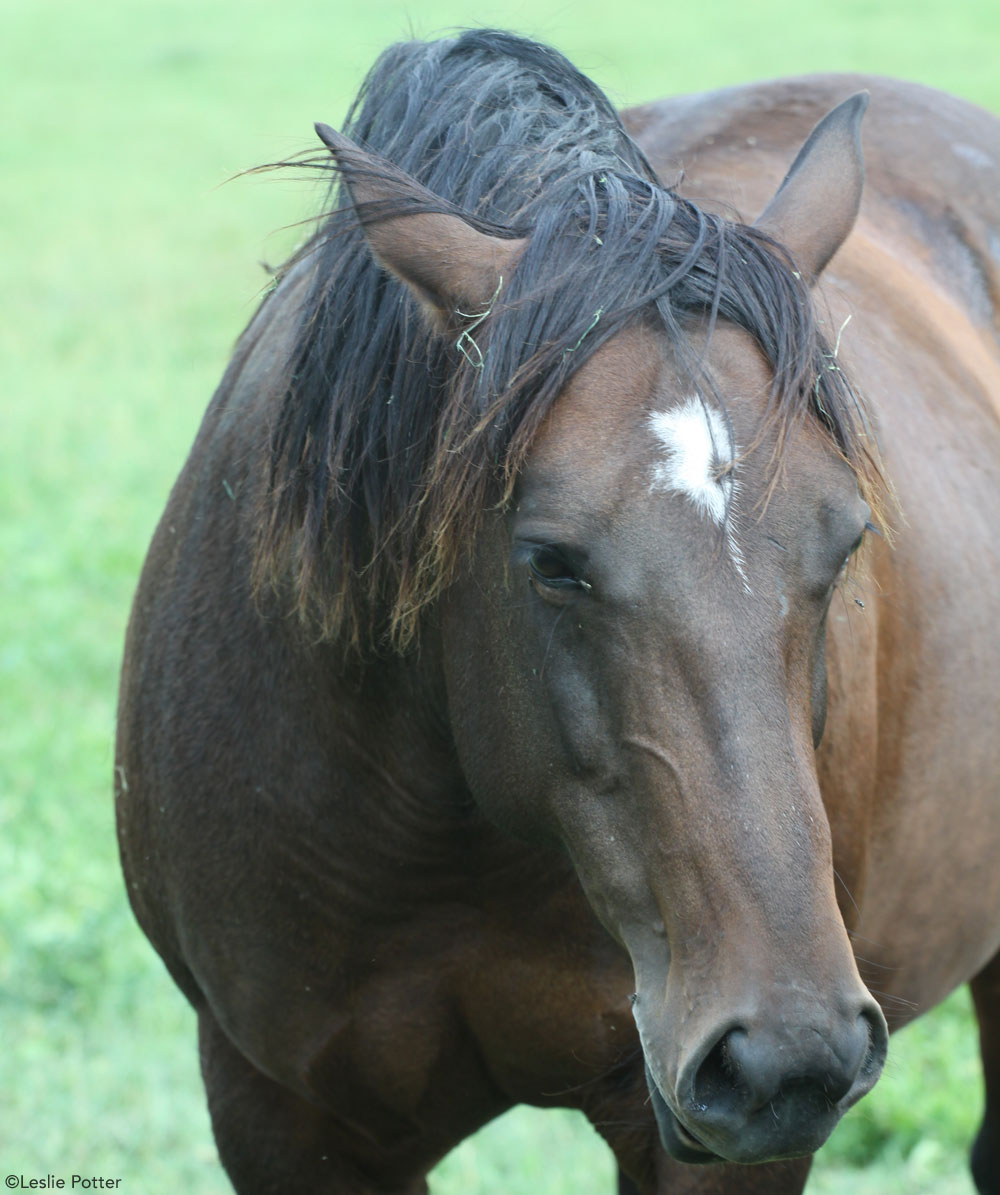 Note: This is not Horse, but this guy appears to share Horse’s worldview.

In fact, they’re good in the same ways. Both of them will jump regardless of awkward distance or otherwise poor approach (and I should know. I test them on this regularly.) They don’t typically spook or get distracted. They’re generally uncomplicated fellows.

The ways in which they’re challenging are quite different, though. Pony likes to go fast, and he doesn’t always like to stop. I’ve cantered many an extra lap of the arena after completing an exercise with him. On the other hand, Horse can be quite behind-your-leg during flatwork, and he can be squirrely approaching jumps, so you have to be ready to adapt and stay with him, which can be tough.

So they’re different, but roughly equivalent as far as difficulty (or, let’s call it, potential for learning experience.) But when I show up and see that I’m assigned to Pony, I’m happy. When it’s Horse, there’s a little feeling of, “ugh.” Maybe it’s because I’m less concerned about Pony’s speed than Horse’s awkwardness, but I think it’s got more to do with their personalities.

Pony is goofy. He can be mouthy, but it’s in a cheeky, curious way. He’s happy to be groomed. He can share space with literally any other horse in the barn—even the resident grump—and he gets along with any of them. I think he’s an old soul. He doesn’t waste his time being unhappy about anything.

Horse, on the other hand, never met a person, horse, or phantom spirit he didn’t want to pin his ears at. He’s mouthy, too, but does his mouthing in an aggressive—not goofy—way. He doesn’t seem inclined to actually bite or kick, but it’s not much fun to groom and tack up a horse who makes snake faces at you or picks up a hind leg when another horse walks by too closely.

It occurred to me that if Horse and Pony switched personalities, I might think of them completely differently under saddle. Pony’s adorable quirk of cantering off and refusing to stop when asked might seem like an irritating vice. And if Horse was a sweetheart in the barn, I might respond to his unsteady approaches with, “Aw, poor guy just needs his hand held around the course,” rather than, “Why can’t you be more like Pony?”

You hear about top performance horses who are notoriously challenging to deal with in the barn, but their trainers deal with it because they are such outstanding athletes in the ring. Take the third-place finisher at this year’s Rolex, Doesn’t Play Fair. The gelding is known for being kind of a jerk in the barn; trainer/rider Maya Black is quite candid about his personality. But clearly he delivers the goods, and Black can channel his energy into stellar performances, so it works out.

And consider the many racehorses with the reputation of being anywhere from surly to downright dangerous. Thoroughbred breeders aren’t working to create the next teddy bear; those horses are only here to run fast and make fast (and surly) babies, so it goes on. Even fan favorite John Henry was known for being mean, and he spent his long retirement grumpily greeting the public at the Kentucky Horse Park. Fortunately(?) he was gelded early and never had the chance to pass on his unpleasant personality.

(Of course, good personalities and athletic ability can coexist. American Pharoah is known to be a friendly guy. Hopefully he passes that trait on to his many, many future babies.)

In any case, I’m not a trainer or a racehorse owner. I’m an amateur adult with modest competitive goals. I don’t want a John Henry. I want a horse I can feed carrots to and snuggle and enjoy spending non-riding time with. At my core, I’m probably about 30 percent competitive equestrian and 70 percent pony-hugger. I like showing and winning every so often is nice, but with any horse, you’re going to spend a lot more time in the barn and on the ground with them than in the show ring, so why not have one that’s pleasant to be around?

But I’m curious to know how others feel. Does your feeling about riding a horse change based on what his personality is like? How much pleasant personality are you willing to sacrifice for good under-saddle qualities, or vice versa? Leave a comment and tell me your thoughts.